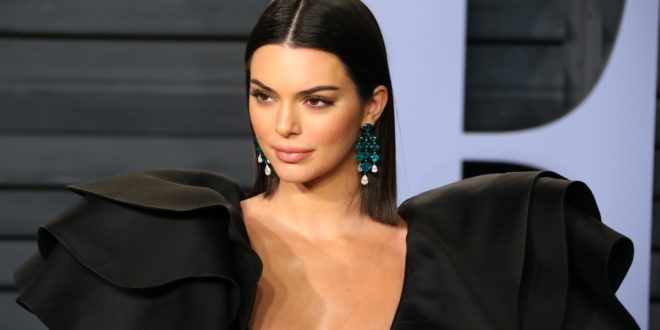 As of 2018, Kendall Jenner was the highest-paid model in the world. Throughout the course of 2018, she earned an estimated $22-$23 million, which is a huge step up from the salaries that most models—even most high-profile models with recognizable names—earn on an annual basis.

Kendall Jenner grew up in the spotlight alongside the rest of her ultra-famous family. She has starred in the popular, long-running reality show Keeping Up With the Kardashians and has taken advantage of her family’s well-known name to propel her modeling career forward regardless of whether or not she has the modeling skills to back up the high-profile modeling contracts she scores just because of her recognizable last name.

Since Kendall Jenner began modeling seriously in 2014—a journey that was well-documented on KUWTK—she has received a lot of hate for everything from her appearance on the cover of Vogue India in 2017 to her questionable runway-walking skills as a model for Victoria’s Secret.

Whatever your opinions are about Kendall Jenner and her modeling career, there’s no indication that Kendall’s career will be slowing down any time soon. Kendall is currently only 23, and she’s already the highest-paid model in the world after only about 5 years of pursuing a serious modeling career. If you’re feeling out of the loop about the hate directed toward Kendall Jenner and more specifically her thriving modeling career, here are the details on Kendall’s top 3 modeling-related scandals.

Starring in Pepsi’s Controversial Commercial in 2017

Kendall Jenner’s biggest modeling-related scandal revolves around her starring role in Pepsi’s ultra-controversial commercial in 2017. The Pepsi commercial capitalized off of the Black Lives Matter movement and basically featured Kendall entering a staged standoff between a police officer and an African American protestor and handing the police officer a can of Pepsi to create peace.

Of course, people had many problems with this depiction. The biggest issue is that the commercial suggested that police brutality could be solved with nothing more than a can of soda which, of course, trivializes the major issue at hand. This problem should have been obvious from the start, but it apparently took the widespread backlash from the public after the commercial aired to make the problem clear to Pepsi—which issued an official apology for both creating the commercial and for dragging Kendall into the scandal.

However, many people have yet to forgive Kendall’s faulty decision-making that led her to accept the role in the first place. Kendall was distraught over the reaction of the commercial and her distress was captured in several episodes of KUWTK that aired months after the scandal broke.

Appearing on the Cover of Vogue India in 2017

In 2017, Kendall Jenner was selected as the cover model of an anniversary edition of India Vogue. The backlash against Kendall was pretty simple and most of it revolved around the fact that Kendall Jenner is not Indian and that, by appearing on the cover of India Vogue, she took away a paid modeling position that would have potentially otherwise been awarded to an Indian model.

Backlash over this cover scandal was directed toward both Vogue India and Kendall Jenner herself. Many people were of the belief that Vogue India likely selected Kendall just because of her famous name and expressed their feelings that the magazine should have selected a model of Indian heritage instead. Many people were also angry at Kendall for accepting the modeling job. Because she is such a high-profile model, Kendall surely had many other job offers and certainly did not need to accept the Vogue India job for money or recognition. If she had stepped back and not accepted the job, it likely would have gone to an Indian woman instead.

Wearing Angel Wings at the 2018 VS Fashion Show

Kendall Jenner earned a coveted spot on the runway as a model for Victoria’s Secret at the annual Victoria’s Secret Fashion Show in 2015, 2016, and 2018. In 2018, Kendall Jenner appeared on the VS runway wearing a pair of angel wings. Loyal VS fans had multiple problems with this, which contributed to the backlash Kendall received following her appearance at the Fashion Show.

The public has been very vocal about their criticism of Kendall’s modeling skills. Many people are of the belief that Kendall does not walk gracefully on the runway and bitterly credit all of her success as a supermodel to her famous name. Kendall’s questionable runway skills coupled with VS’s choice to dress her in angel wings—which are generally reserved for the VS Angels—at their annual Fashion Show led many people to express outrage on social media that it was unfair for VS to give Kendall wings to wear instead of reserving them for more experienced or more talented models.

Victoria’s Secret’s choice to invite Kendall Jenner to walk in their Fashion Show for the third time and their decision to give her angel wings to wear on the runway are understandable. The lingerie giant’s sales have been plummeting as of late as lingerie shoppers flock in greater numbers to more progressive online-based lingerie retailers—like Adore Me, HauteFlair, etc.—so it wasn’t necessarily a bad idea on their part to push a high-profile model like Kendall Jenner into the spotlight in a bid to attract more attention to their brand. Either way, Kendall was definitely on the receiving end of a lot of hate as a result of her appearance in angel wings at the 2018 VS Fashion Show.

Previous What Is An Exhaust Gas Heat Exchanger?
Next Your Family Needs a Pool – Tips On How To Choose The Best One 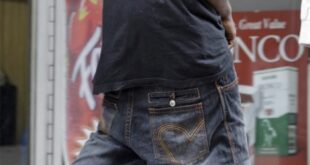 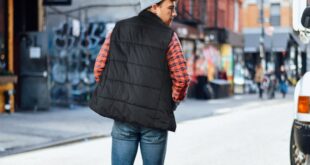