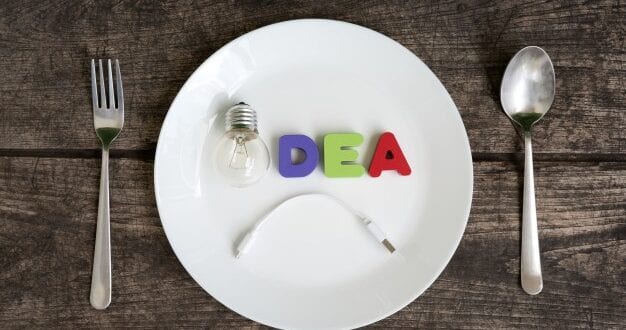 Peter Janos 01/03/2021 Business, Technology Comments Off on Is there Something Like a Bad Invention? 137 Views

Inventions are an everyday occurrence and have existed since first society. So, it has a great impact on all of us and most of them make our lives far easier. For example, technology has advanced so much and because of it, we enjoy all the benefits of modern society. Given that so many years are behind us, we are also witnessing some worse inventions that you would immediately label as permanently unusable. For some, it turned out to be just that. But it happened that they also found their purpose.

That leads us to the following thinking … Are there any bad inventions at all? Absolutely every phenomenon so far has affected society as it is today, cultures have expanded and ended, people are more social, learning is changing, etc. We can say with certainty that every idea eventually finds its way and leads to some kind of discovery.

The role of failure

It’s not hard to joke with some ideas that seem to never work. This makes it even easier to dismiss them and pretend they never happened. However, there is one important fact that we must not forget. The role of failure is actually bigger than we all think. What does it mean? This refers to the role failures played in creating the devices that are an integral part of our lives today. There are things from which nothing great was expected, but they brought a lot of good. For example, a baby incubator is made of unusable car parts or its numerous elements.

On the other hand, there was another type of expensive incubator. Although it was well equipped, it was not accessible to rural areas due to excessive demands. The car parts incubator then served many hospitals in this environment very well. This discovery may not have passed the prototype stage, but it did a phenomenal job. Would you assume that from something similar there would be a device that saved the lives of millions of children today? Of course, this is not the only example where something huge has emerged from failure.

Another example of an idea that did not immediately receive support is Coca-Cola. Yes, you read that right. Although this is one of the most popular drinks today, the original version of Coca-Cola was not so popular. So, this drink came about the other way … Its creator was addicted to morphine, but above all a recognized pharmacist. Guided by his many years of experience, he decided to take a medicine that will help him fight addiction, and so he made the mixture from which Coca-Cola was created. Since the original prescription involved a certain dose of narcotics, it was changed before it was released for sale. However, today we are also addicted to this drink, but only because of the sweet and refreshing taste, which is hard to resist.

Listerine, which is of great use when we want to further refresh our breath, was created as a floor cleaner and surgical antiseptic. People used it for totally different purposes and it didn’t have much success even then. Almost everyone forgot about this semi-useless discovery, but then something happened in the meantime. It was rebranded into a product that is on the market today. However, the people behind this success were certainly very happy because they acted very flexibly in this business.

Despite the fact that today we can enjoy far more advanced toys that have enabled us to develop technology, some will never be surpassed. The Slinky is one of them. Its appearance will always distract us, no matter how old we are. However, this was once used as a support to stabilize nautical devices at sea. However, one day there was a complete turnaround. This happened when he accidentally ended up on the floor, but he did not collapse but simply went downstairs. That is why its creator said that he did not actually invent this toy, but she walked to it herself.

Play-Doh is an inexhaustible source of entertainment for children. They can play like this for hours. That is why it has experienced huge popularity, but it is sometimes not used for these purposes. This product was first created as a tool used to help work with wallpaper. The product was used to successfully remove dirt from walls such as soot, etc. It is made of very simple ingredients and they are flour, salt, and water. However, time ran out of this product and it was no longer usable. Much more complex formulas appeared that did the job even better, and then other wallpapers appeared …

It did not fall into oblivion so easily and the product was refined. That is why today it is well known to all workers in children’s toy stores and parents. In addition to these products, people initially condemned other well-known discoveries such as bicycles, cars, laptops, etc.

The dark side of innovation

Most of the inventions have good intentions and their inventors did not aim to adversely affect humanity with that decision. However, the time has shown the other side of certain inventions. There are things that do not make society better and do not help it, and they started with good intentions. Unfortunately, not every invention is destined to enjoy eternal glory, and sometimes the outcomes were catastrophic. However, examples of this are cigarettes, plastics, nuclear fission, gunpowder, etc. We didn’t really need some inventions, but today you have more opportunities to evaluate some of your ideas.

In order to better analyze your idea and achieve great success in your idea, we advise you to seek help. The team of experts who will stand by you can never be a mistake. In fact, it can only infuse you with security and guidance. Don’t allow yourself to regret the mistakes of beginners one day, and when you are a beginner investor, there are many of them. For more details check out https://inventhelp.com/inventhelp-faq

Most people think that inventions arise out of necessity. This may be true in some situations, but don’t generalize something like this. The best ideas actually come of their own accord and such things mostly move and change the world. In the end, we all depend on important inventions that shape our way of life and transcend culture. That is exactly the reason why we must be grateful for every idea that came to this world. 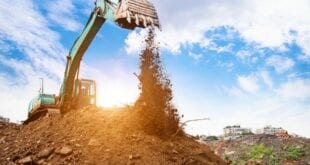 Technology Trends to Watch in the Mining Industry