More than just a beautiful bottle with gold dust inside, Japanese whiskey is also a unique beverage. History, culture, and art are all present in these exquisite smooth, and delicious Japanese Whisky bottles. Continue reading to learn seven fascinating facts about Japanese Whiskey.

Scotch whisky was first introduced to Japan by Japanese importers in the late 1800s. The first Japanese whisky distillery was established in Kyoto in 1924 in an effort to manufacture this drink there. Before moving back to Japan, the company’s first distillery boss studied whiskey production in Scotland. He left his company within ten years to open his distillery on the island to the north of Japan.

To the extent that the second distillery in Japan was situated in Hokkaido, a region with a climate like the Scottish highlands, the method for producing Japanese whiskey was explicitly designed to replicate the production of Scotch whiskey. As with Scotch whiskey, Japanese Whisky is typically created from malted barley and matured in wood barrels. Depending on the specific distiller, the type of wood barrels used may vary.

1. In Japan, Whisky Is Widely Available

The many vending machines that offer food, beverages, and fresh produce are prominent features of Japan. But did you know that Japanese vending machines sell whiskey in portable bottles for convenience while drinking while traveling? These handy whisky bottles, which are like whisky sampler bottles that you can test, are produced by several whisky distilleries. Although it will probably be challenging to find uncommon, more expensive Japanese Whisky in vending machines, it is nonetheless one way that Japan has made premium alcoholic beverages like Whisky more available to the general population. In this way, Japanese quality whisky is widely available in Japan. And Japanese people adore Whisky!

Japanese whiskey distillers were known to spend a lot of time learning about Scotch in the 20th century. Japanese Whisky is made up of the same ingredients as traditional Scotch, not rice, as most of us, lesser mortals believed. Malted barley is used to make single malts, and corn and wheat are used to make blends.

Most whiskey consumed in Japan is mixed with soda water. The highball, popular in the 1950s and 1960s, has recently become more mainstream as younger and less seasoned drinkers look for ways to enjoy Whisky’s flavor without having to take shots that would keep them up all night. Many Japanese whiskies are designed to be particularly palatable when combined with ice cubes as a result.

It may be difficult to believe, but many Japanese whisky variations don’t genuinely use only local ingredients. Many businesses use blends from other nations due to a lack of legislation governing the production of whiskey and the growth in the popularity of alcohol. It is a well-known fact that the Nikka-owned Ben Nevis distillery ships whisky to Japan for use in Japanese mixes. So be sure to study any local drops you’re interested in before making a purchase.

Spirit that has just been created flows from the stills in a clear liquid. Its alcohol content is frequently lowered and put in casks to grow as Whisky.

Although Japan does not have a minimum maturing period for whiskey like Scotland and the US do, tiny producers nevertheless sell their products in large quantities of bottles since they have nothing else to offer. Japanese Whisky fans are thrilled to test the raw spirit that each new firm makes.

The heritage of whisky production in Japan dates back to the late 19th century, but it wasn’t until Shinjiro Torii and Matsesaku Taketsuru founded the Suntory distillery in Osaka in the early 1920s that the drink gained widespread acceptance.

While Taketsuru had some genuine experience from his youth spent in Scotland learning the art of distillation, Torii came from a pharmaceutical background.

They debuted the Shirofuda whisky in 1929 before Taketsuru traveled to Hokkaido to open his renowned Yoichi distillery.

Japanese Whisky was at its best during World War II.

Despite the fact that World War II was terrible for everyone, Japanese Whisky sales soared during that period. As both companies provided Whisky directly to the Japanese forces throughout the war, sales figures from Suntory and Nikka reveal a significant increase in home consumption.

Additionally, since there was such a strong demand and the Japanese military received the majority of the products, no money was spent on advertising or promotions. WWII is still regarded as one of the most prosperous periods for Japanese whisky producers.

The majority of the early 2000s saw very little domestic Japanese Whisky consumption aside from modest foreign interest. Things didn’t get going until Suntory began the Highball marketing in 2008 with their Kakubin Whisky.

It might seem like a minor incident, but with the help of well-known Japanese actresses, clever marketing, and collaboration with bars all over Japan, the “Kaku-Highball” movement quickly spread throughout the nation and played a significant role in reviving whiskey consumption there, as evidenced by the sales figures.

As Japanese whiskies started winning prizes and even surpassing Scotch whiskey, they suffered from an unanticipated surge in popularity in the early 2010s. There was an unanticipated shortage due to the demand for Japanese whiskies. The distilleries had not created enough whiskey in the 1990s and 2000s to match the surge in demand 10, 12, or even 18 years later because whiskey is an aged spirit. Japanese producers have tried to meet demand by blending older whiskey with younger Whisky, but since these whiskies are not in demand, they have not been able to lower the price of these expensive whiskeys.

The rich and varied history of Japanese Whisky is only surpassed by the mouthwatering tastes that emanate from these exceptional whiskies. We wholeheartedly advise giving this complex spirit a try if you haven’t already done so; you won’t be sorry!

Previous 6 Overlooked and Underrated TV Shows to Stream in 2023
Next How Do Parameters and Statistics Differ? 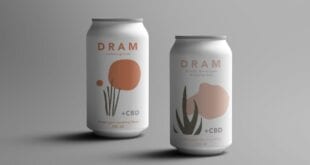 10 CBD Drinks You Have to Try This Summer 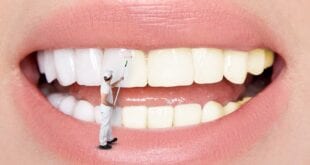 Stains on Your Teeth: Types, Causes And Removing Options