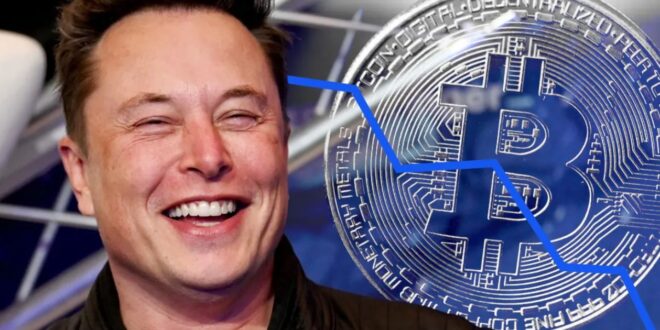 Influence of Elon Musk’s Tweets on the Crypto World

If you’re even remotely aware of cryptocurrency, you must know who Elon Musk is. The Tesla CEO has become a well-known name among such people. With more than 63 million followers on Twitter, the billionaire seems to shake the virtual currency market with his humorous tweets now and then. As soon as he tweets, the crypto world also shakes.

Lately, The Boring Company CEO has been posting about crypto a lot on Twitter, fluctuating the currency’s value. In the last two months, his tweets had a significant impact on digital money. A majority of the readers must know about the relationship of Elon Musk with crypto but what they don’t know is it has been a complex one.

For those who don’t know, Elon Musk had a good and close relationship with virtual money, and so, he endorsed them widely. But now, he believes that the currency is hazardous to the environment. No one is sure what his ideals are and what is his actual outlook on crypto but the one thing everyone is sure about is, every time he posts about crypto, the market retaliates.

CoinSwitch Kuber even shared as an aftermath of Musk’s tweets there is usually a surge in their dealing value. Such instant impact of his posts on the digital money market raises the question about the market getting swayed by his posts. But all the credit goes to their wittiness plus a touch of memes, which have become the talk of the town!

The SpaceX CEO leaves no stone unturned to get everyone scratching their heads wondering what his tweet implied. And on more than one occasion he has expressed his undying love for Dogecoin! In 2022, he posted many posts about Dogecoin on his handle. If you also want to be a crypto genius, like Elon Musk, please click here.

Here are some of his powerful cryptocurrency tweets for the whole of 2022!

On January 26, surrounding the popularity of GameStop, Musk posted Gamestonk!, connecting with Wall Street Bets. It caused the market of the brand to soar past $300!

On 4th Feb 2022, he tweeted Dogecoin is the people’s crypto – gliding its value flying nearly 10% in just an hour, and it rose to 50% within a day! He shared some tweets on the money, causing to rally in the meme with Shiba Inu as the mascot. His other post – Dogecoin to the Moooonn led to the cryptocurrency’s value reaching 35%!

In March, Musk declared trading a Non-Fungible Token (NFT) but let everyone down and instead requested to buy Teslas using Bitcoin. This tweet caused a significant hike in its value.

Again, on 28th April 2022, Musk shared a tweet – The Dogefather. SNL May 8. He called himself Dogefather before his arrival as a host on the hit American show Saturday Night Live. The influence of this tweet was a notable one as it reached the value of Dogecoin to as high as 30%.

However, his eventual occurrence on SNL caused a plunge in Dogecoin value.

Merely two months after declaring Tesla will accept Bitcoin as a payment mode, Must went back on his words. He expressed his worries over power use and its impact on nature due to trading and mining. This post caused a significant collapse in Tesla stock and the virtual money market.

Musk posted to accept crypto as a legal tender once there is a confirmation of reasonable (50%) clean power use by miners with a positive future trend. It caused a boom in the value of crypto.

In July, his influence over the digital currency began decreasing, causing him to stay away from Twitter. But he did not miss out on posting a meme reading Dogecoin is money for his favorite money.

When Cuban told that Dogecoin is the best digital money to exist as a mode of payment, Elon Musk tweeted – I’ve been saying this for a while.

After AMC CEO Adam Aron shared they are considering accepting Dogecoin, Musk tweeted its charges must drop to become a practical remittance mode.

Dogecoin witnessed a surge in its value after Musk posted a picture of his Japanese dog named Floki.

Tesla’s value again dropped after Musk took a poll of whether he must sell 10% of his shares as much is made lately of unrealized gains being a means of tax avoidance. Nearly 60% of the 3.5 million responded in favor.

He unloaded his shares to obtain the 10% target and disburse $11 billion to the tax authorities. By the end of the year, he even said – Markets move all the time, based on nothing as far as I can tell.”

For a long time, the SpaceX founder had crypto wrapped around his fingers. The value of crypto depended on his opinion for a significant amount of time. But as soon as he announced to reject it, the market witnessed a dip. Although it had already dipped in the previous months, he put a nail in the coffin!

So, what can we conclude from it? – Has the market gone weaker? Or are the players got bored of reading Musk’s tweets? We can’t say for sure. Maybe the market has become rational or, the billionaire wore out his welcome. After Musk’s tweet, Dogecoin fell from its glory, and he failed to stimulate its value even with his fun-filled tweets plus memes.

Although we’re not sure whether it was Musk or the investors themselves who were responsible for a notable dip in the value of crypto, one thing we’re sure of is social media has power on the market. Investors are hopeful it will continue to mature with further regulations and innovations and will be less affected by any celebrity’s opinions.

If it happens, the influence of celebrities on the value of crypto will decline, as it is seemingly for Elon Musk. 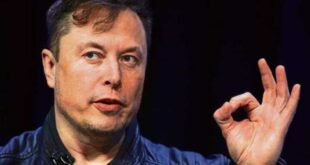