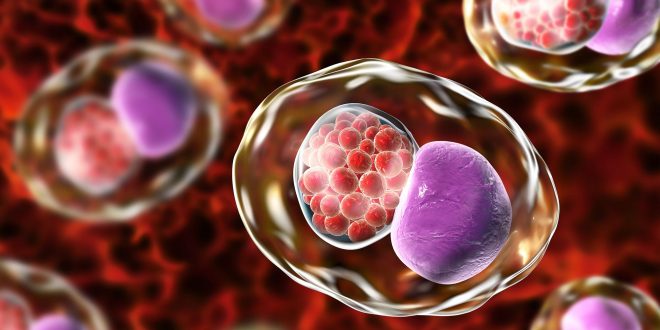 3 Signs that Indicate you are Infected with Chlamydia

Diseases are medical conditions that deviate one’s activeness and the pinnacle of a healthy being to some form of the symptomatic situation causing illness in the short-term and/or the long term. Diseases are also interchangeably known as infections. Not all infections are the same, every disease has its own biology that causes the illness. STDs are diseases that transmit from one person to another primarily through intimate contact, thus are terms as Sexually Transmitted Diseases. One such STD is Chlamydia, which causes adverse symptoms and the chances of contraction are quite high if you play unsafe.

In this article, we walk you through what Chlamydia is, symptoms, diagnosis, treatment, and much more.

When you think of STDs, the one particular disease that comes to your mind is HIV/AIDS, which is caused by a type of virus that can be deadly. However, recently HIV is not of the top 10 causes of death and also not the commonly seen type of STDs being reported. The awareness campaigns and highly advanced detection techniques have brought down the HIV death rate over the past few years.

If you practice intimacy with multiple partners, especially unknown ones, then you should be worried about contracting other STDs like Chlamydia and Gonorrhea. Chlamydia is one of the highly transmitted and ranking in the top 1 of the types reported in the United States. According to a study conducted by the Centers for Disease Control and Prevention (CDC), nearly 3 million people are diagnosed with Chlamydia each year in the US.

Chlamydia STD is caused by a bacteria called “Chlamydia Trachomatis” that is responsible for causing symptoms and indicating the infection. They primarily transmit via genital fluids during intimacy.

The bacteria invade the body after contact with an infected person and start to manipulate. Generally, the symptoms do not occur very early, like as soon as the contractions, it may take anywhere between several days to even weeks for the first symptom to appear. This is one of the reasons for widespread cases of Chlamydia not only across the US but around the world, as partners tend to transmit the disease even without their own knowledge.

The symptoms of Chlamydia can appear anywhere on the body, it can be on your genitals, skin, mouth, or even eyes. Mouth and eye symptoms are not very common, but highly possible if you touch your eyes and mouth after intimacy without washing your hands.

STDs often infect the genitals first and then progress further. As the urethral opening is the only way to venture inside the body, the Chlamydia bacteria infects the area surrounding it causing pain or burning sensation while urinating. This is often misinterpreted as Urinary Tract Infection (UTI) and ignored. But, this can become severe and can also cause bleeding while passing urine, if not diagnosed in the early phase.

2. Pain in the abdomen

Women can encounter abdominal pain and increased vaginal bleeding during menstrual off days. Pain in the testes can also be encountered by men who are infected with Chlamydia.

Genital discharge is one of the commonly seen symptoms for Chlamydia and similar other bacteria causing STDs like Gonorrhea. Pus-like discharges appear from the genitals in white, green, grey, or yellowish color, indicating an STD infection.

How to Test for Chlamydia?

If you encounter any of the above symptoms and have multiple intimate partners, then get tested for Chlamydia right away to reduce the chances of further complications. STD tests are conducted by almost every biological laboratory out there. Being, in the internet era, things have become very easy that everything is just one click away. So does your Chlamydia testing. Diagnostic listing providers like DxSaver.com have listed all the labs that offer Chlamydia tests in the US along with their prices in one place.

After the test, you will get to know the results of your condition. If positive, your physician will prescribe you certain medications that help to reduce the symptoms and eventually treating the condition.

Can Chlamydia be Treated?

Unlike HIV/AIDS which is caused by a viral agent, is difficult to cure fully as the anti-viral medications can only be used to slow down the HIV progress than killing the virus entirely. For Chlamydia, there are antibiotics available that can help terminate the causing agent, the Chlamydia Trachmomatis bacteria. However, this can be said only if the disease is detected and diagnosed at the earliest stage possible. If left untreated they can result in other medical conditions like infertility and Poly Cystic Ovarian Syndrome (PCOS) in women.

In general, all STDs can lead to serious complications if the symptoms are ignored in the initial phase. STDs like HIV are still considered an epidemic by the World Health Organisation. It is tough to keep yourself away from getting in touch with strangers whom you have no knowledge about especially living in a city like New York or similar other busiest cities, where social networking is taken casually. Abstain from having sex with unknown persons and spread the knowledge of STDs like Chlamydia to help stop this epidemic. 4 Things to Check before You Change Your Skin Care Products