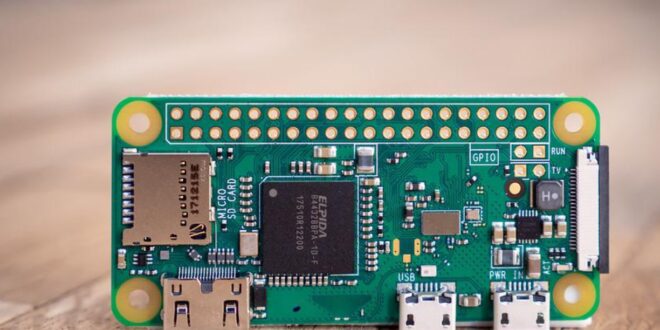 The Internet of Things (IoT) is still in its infancy yet it’s rapidly becoming a major driving force behind changes in PCB design and manufacturing. As more and more devices are connected to the internet, there is an increasing demand for smaller, faster, and more efficient circuit boards.

Because of it, PCB producers have had to make numerous adjustments to satisfy new product standards and developments while putting smiles on their customer’s faces – at the same time.

Seeing how there are big things on the horizon, we wanted to talk to you about IoT and how its use is fostering progress in printed circuit board design and manufacturing techniques.

What Exactly Is IoT?

The definition of IoT has been a topic of debate for some time now, with no real consensus on what it actually is. For our purposes, we’ll be defining IoT as “the interconnection of physical devices and objects that are embedded with electronics, software, sensors, and connectivity enabling them to collect and exchange data.”

In other words, anything that can be connected to the internet can be considered part of the IoT. This includes everything from phones and fridges to electric vehicles and mining equipment.

As you can imagine, the potential applications for IoT devices are practically limitless, which is fundamentally the main driving force behind these PCB design and manufacturing changes.

IoT And Its Unfathomable Potential

One of the main reasons IoT is a force to be reckoned with even though it’s still in its formative years is the potential it holds. Internet of Things could improve virtually any industry on this planet, and with such potential, it shouldn’t be surprising that IOT PCB assembly has become a standard practice in almost every circuit board manufacturing facility on the planet.

To “prove” our point, we’re going to take a look at some IoT applications in certain industries.

As you can see, the opportunities for IoT are nearly endless, but there are still some challenges that need to be addressed before it can reach its full potential, but we’ll talk about that some other time.

In response to the ever-growing demand for smaller, faster, and more efficient devices, PCB producers have had to make numerous adjustments to satisfy new product standards and developments and manufacture state-of-the-art PCB boards.

And as the need for smaller, more portable devices increases, so does the need for miniaturization at the PCB level. This has led to the development of new techniques, such as chip-on-board (COB) packaging, which allows for smaller components and tighter spacing.

Another one of the most significant changes has been the move from traditional through-hole technology to surface-mount technology (SMT). This was a necessary change as it allowed for PCBs to be populated with smaller and more densely packed components. How did they do that? Click here and find out!

Another thing are the HDI PCBs. They are the result of the need for smaller and more efficient devices – as well as the need to keep up with the competition. How do they achieve both? By packing more functionality into a smaller space. But let’s expand on that.

To accomplish this, manufacturers had to get creative and start using microvias. Designers now have the option to put more components on both sides of the raw PCB thanks to HDI technology. Multiple via technologies, such as via in pad and blind via technology, give designers additional board real estate to place smaller components closer together. The reduction in component size and pitch enables for greater I/O in smaller form factors, resulting in faster signal transmission, less signal loss and fewer crossing delays.

IoT is also driving changes in PCB design software. The increase in complexity and functionality of IoT devices has led to a need for more sophisticated design tools that can handle things like high-speed digital signals, advanced routing features, and 3D visualization.

The popularity of mobile devices has created a new set of challenges for PCB designers and manufacturers. As consumers become more reliant on their smartphones and tablets for everything from entertainment to work, they expect these devices to be durable enough to withstand the rigors of daily use. This has led to the development of new PCB materials and processes that are designed to improve the durability of these devices.

One example is the use of flexible printed circuits (FPCs). These circuit boards are made from flexible materials that allow them to be bent or rolled without damaging the circuitry. This makes them ideal for use in products like wearable devices and, you guessed it, foldable smartphones.

Another example is the use of flex-rigid PCBs. These boards combine the best of both worlds, offering the rigidity of a traditional PCB with the flexibility of an FPC. Not only does this make them perfect for the latest and greatest in smartphone tech, but it also makes them ideal for products that require a high degree of durability, such as military equipment and medical devices.

Additionally, flex-rigid circuit boards allow for three-dimensional interconnection assemblies, resulting in lower product thicknesses and weights. This trend toward leaner but more powerful mobile devices has resulted in new approaches in circuit board manufacturing. At the moment, rigid-flex PCBs are the most promising prospects for ensuring long-lasting, rugged, durable IoT device construction. How? Instead of a single solid board, they are made out of numerous smaller boards linked together with flexible wiring.

To top things off, the materials used to manufacture these PCBs have changed over time. Dielectric films derived from polyester, polyamide, and fluoropolymers are among the most prevalent substrate materials used in manufacturing flexible printed circuit boards, as opposed to the FR-4 epoxy laminate substrate typically used in rigid PCBs. So, yeah… A lot has changed.

Final Thoughts – Is IoT Leading The PCB Design And Manufacturing In The Right Direction?

As far as we’re concerned – yes. Yes, it is. The IoT has been a major driving force behind the development of not just PCB design processes and materials, but other technological advancements as well. And, we strongly believe that this trend will continue well into the future.

The need for more efficient devices is only going to increase as time goes on. And, as we’ve seen with the mobile revolution, this need has led to some pretty amazing advances in PCB design and manufacturing. So, what does the future hold? Something great and we can’t wait to find out what.