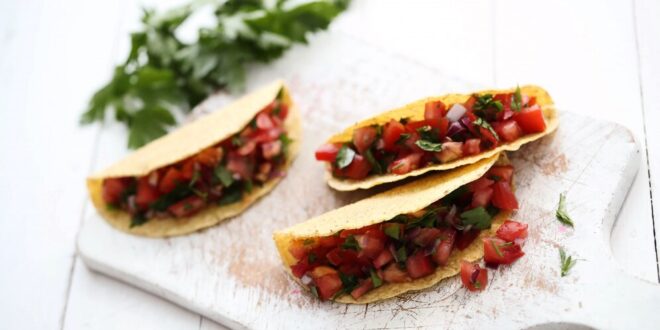 Carolyn Lang 19/11/2022 Food, Industry Comments Off on How Veganism Changed the Way Fast Food Restaurants Work: Is It Here to Stay? 21 Views

People who are vegan often choose to avoid animal products because they believe that these products cause harm to both the animals and the environment. There are many different alternatives to animal products that can be used in place of those which come from animals. Some of these alternatives include plant-based meat, eggs, dairy, and leather products.

One benefit of using plant-based meat is that it does not involve the cruelty that is often associated with raising and killing animals for food. This cruelty can take many different forms, including causing pain during slaughtering and raising animals in inhumane conditions. By using plant-based meats instead of animal-based meats, people can help reduce this cruelty while also reducing their carbon emissions.

Plant-based eggs are another alternative to eggs that are derived from animals. While there are some concerns about the environmental impact of egg production, plant-based eggs have a much lower impact than eggs from chickens raised for food. Plant-based leather products also have a lower environmental impact than leather goods made from cattle or pigs. While these alternatives do not always result in food that tastes as good as traditional fast food options, they offer a variety of choices that should appeal to everyone.

How does it affect the food chain?

Veganism is a diet that excludes all animal products. It is based on the belief that humans are not animals and that their welfare should be paramount when it comes to food choices. This means that veganism eliminates the production of meat, eggs, and dairy from the food chain. This has consequences for how fast food restaurants operate.

The main way it affects the food chain is by reducing the demand for animal-based products. For example, if there were no demand for eggs in a vegan society, this would reduce the number of hens that are kept inhumanely and killed for their eggs. Similarly, if there were no demand for meat, this would mean fewer pigs and cows being slaughtered for their meat. As a result of these reductions in demand, farmers who produce animal-based products have to find other ways to make money. Some have turned to grow crops used in vegan diets such as soybeans or grains instead of cattle or chickens. Others have started producing goods specifically for vegan consumers such as soymilk, cheese replacements, or plant-based meats such as seitan or tempeh.

The Impact of Veganism on Fast Food Restaurants

Since the rise of veganism, many fast-food restaurants have made changes to their menus to accommodate those choosing a plant-based diet.

While not always easy to replicate, many non-vegan fast food dishes can be improved by adding plant-based ingredients such as faux meats or tofu. For example, seitan is a wheat protein that can be used in place of meat in various recipes, and Tofurky sausage is a popular brand of faux sausage that is made from soybeans instead of pork products. As a result, vegan options often offer superior quality and taste compared to their meat-based counterparts. So, if you are wondering are pop tarts vegan, be sure some restaurants have that option.

Some fast food chains have also removed animal products from their drinks and dessert menus altogether. This has had a significant impact on the way these restaurants operate, as these items represented a large portion of their profits. In some cases, this has led to the closures of restaurant chains that didn’t adapt quickly enough to the changing market.

Some of the ways include using plant-based oils and margarine, replacing animal-derived cheeses with vegan cheeses, and using alternatives for animal-based meats such as seitan or tofu. By doing this, these restaurants are able to offer an option for everyone who wants to eat a vegan meal without having to resort to substituting animal products with plant-based products.

How does it affect other industries?

There is no doubt that veganism has had a significant impact on the food industry. In fact, many fast-food restaurants have made changes to their menu options in order to accommodate those who are vegan or vegetarian. For example, some fast food restaurants now offer “vegan options” such as vegan cheese and vegan milkshakes.

Obviously, this has had a positive effect on the overall health of the population and the environment. It’s also good for business because it means more customers who are willing to pay a bit more for vegan-friendly meals.

The impact that veganism will have on other industries is still being determined, but it looks like it could be very positive indeed.

Benefits of Veganism for the Fast Food Industry

There are several benefits to veganism for the fast food industry. For one, vegan restaurants do not use any animal products whatsoever, meaning that they do not require any animal-derived ingredients for their cuisine. This means that vegan fast food restaurants can be more sustainable and environmentally friendly than traditional fast food establishments. Additionally, veganism is more affordable and humane than eating meat products. All of these factors make veganism a popular choice for those who eat out frequently.

The fast food industry is one that is constantly changing, in order to keep up with the ever-growing demand for vegan options. As more and more people choose to live a plant-based lifestyle, many restaurants are forced to adapt in order to keep up with customer demands. Some of these adaptations have been huge, such as McDonald’s decision to add vegan burgers to their menu nationwide. However, others have been much subtler — such as Chipotle adding guacamole to all of their meals without asking customers if they prefer it vegan or not. This gradual change shows that veganism isn’t simply a trend that will disappear after a while; it is here to stay, and businesses need to be prepared for it.

Previous Could Florida Senator Rick Scott Run for President in 2024?
Next Can the Cleveland Cavaliers Win the 2023 NBA Championship? 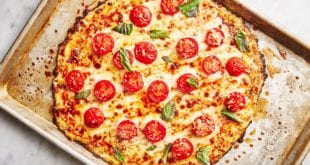