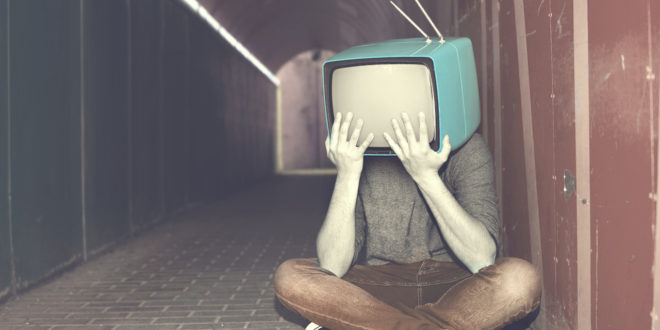 Every time we are bored or feeling defeated by life, the only thing that comes to our rescue is *drum rolls* Movies! It doesn’t matter how awful we are feeling or how bumpy life is, they help us to distract ourselves from the unpleasant realities of everyday life, and escape to a world where everything that begins as a problem ends with a solution. They can really change our perspective on things, even if we reach out to them as a mere distraction, a temporary relief.

For example, if while in the thick of unfavorable circumstances, we run off for a while to watch a film where an average boy living down the street ends up saving the entire world for that matter, we are bound to feel a surge of motivation that makes us ready to take our own problems down. Whether or not the feeling of excitement and motivation wears off, and irrespective of the fact that after a while of watching we usually find ourselves back to how we normally are, it does appear movies can make us think differently.

To find out if movies really affect our perception and our ability to do something, you may want to put your reading glasses on and continue:

According to neurologists, the human mind is driven to think in the direction its surroundings take it to. These are called stimuli and they function by ‘stimulating’ or encouraging the brain to create a perception about things. However, movies are something that tends to tease us differently up there *points at brain*. And that is because most films are set up to depict actual life circumstances. Suffice it to say, movies like ‘Tangled’ wouldn’t get that reaction from your brain, which you’d get from ‘Dear John’ or ‘The Pursuit of Happiness’.

During the research, which took place at an institute in Israel, regarding the movies’ impact on the human brain, psychologists went the usual way i.e. they jotted down the hypotheses and then tested them out one by one. They played a selected range of movies for their subjects. The subjects were placed in an MRI scanner, so the changes in their thinking patterns could be recorded. The psychologists had predicted there would be a similarity in thinking patterns of the subjects whether exposed to animated or live-action movies.

When comparing the results, the psychologists found their subjects’ thinking patterns were similar in some ways but different in most. The subjects indicated varied readings in areas like language processing, emotions, auditory and face recognition, but the highest variation occurred in the sensory region. Also, amidst all this, some changes in their facial expressions were also witnessed.

Cutting it short, watching a movie surely did create crests and troughs in the brain’s thinking and processing patterns. Every time there was a different language spoken, patterns indicated increased activity in the area of language processing; whenever the subjects tried to recall something, their thinking patterns became different again; and each time the film showed something likely to cause anger or something looked upon as cute, the brain responded to the visual by increased activity in the sensory region.

What we’ve come down to?

According to  facts.net , movies are the best and perhaps the most effective means of triggering an emotional release. For anyone who experiences a hard time expressing his or her emotions, movies can be a perfect way of loosening up and letting it all out. According to experts, movies allow people to experience a burst of feelings which occurs due to what is termed as the Cathartic Effect.

People who watch movies the most are the most extrovert and more open to sharing their feelings rather than keeping them bottled up. Another thing that films do, is making us feel grateful, if not good about what we have in our lives. Seeing the number of problems characters face in a film and how they overcome those, not only motivates us to battle challenges but also makes us feel less depressed and more blessed. Plus, movies can be a great way of expanding your knowledge base and learning new things.

For example, you may have heard about the Egyptian mythology and you may know the ancient Egyptian civilization existed, but through movies, you manage a peek into how people might have lived at the time and how they must have managed life with surprisingly limited utilities amidst a great number of human-dependencies.

Many people opt for online movie streaming platforms or subscribe to cable TV plans (such as spectrumoffers) with channels that frequently air new and old classics, simply because a film presents one of the most perfect ways to travel or teleport to another reality. With motion pictures, you can step out of your stressful life and unwind, even if it is only for a little while.

When you watch a film, your brain releases certain hormones. For instance, if you watch a suspense thriller, you might feel worried and scared; that’s okay because it’s all due to the excessive cortisol your brain produced. Similarly, a nice, peacefully-pacing, chick-flick can fill you with feelings of happiness and joy; its credit goes to dopamine, which is another hormone produced by your brain as a reaction to something good.

So remember, the next time you feel low and brought-down by life, just get into your lazy-pajamas, fill up some popcorn bowls, and watch your favorite movies. Can You Wear a Dive Watch Every Day? 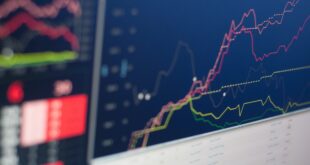 How To Select Best Stocks For Trading – 2023 Guide