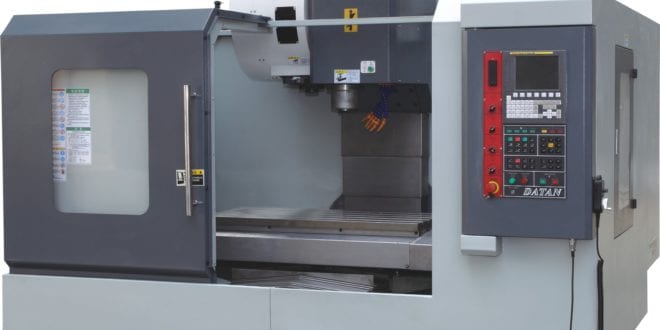 How Does a CNC Machine Work?

Many companies, manufacturing, and production plants are heavily dependent on CNC or computer numerical control machines. To put simply what this numerical control means is that the movement of heavy tools and machinery such as lathes, mills, and routers is control by computer software that has been pre-programmed. The program does not require any kind of human input while it is running. With this type of machining, we have the ability to handle even the most impossible tasks when it comes to cutting. Impossible with a human hand that is.

The CNC process is a successor to the manual process which required for a live operator to control the machines on their own. Guiding them live through the cutting by pushing buttons, spinning wheels and pulling levels. While manual control did serve a huge purpose in the history of mankind, today, CNC is much more safe, accurate and cheaper. Sometimes, to manually control a tool would require two to three different people while one person can oversee and handle multiple CNC machines at the same time.

Although, it is worth mentioning that there are still tasks that are best done manually instead of with pre-programmed software.

Who needs this type of cutting?

Since CNC machining provides us with very accurate and complicated cuts that only a computer or a robot could do, many industries heavily depend on it. The aerospace industry requires a lot of intricate parts to ensure that the airplanes they manufacture are as safe as possible. Quality control is very important in this area, so CNC is the only way to achieve that.

Automotive manufacturers are also heavily dependent on CNC because motor parts cannot be done with manual cutting. They need very complicated parts to assemble the motor and to achieve the best possible efficiency and performance.

You can also see CNC be used for a bunch of other things such as medicine, electronics, firearms, construction, military, transport, agriculture, furniture, etc. In other, almost every market on this planet needs CNC to get the highest quality products.

The first numerically controlled machines first started appearing in the 1940 and the 1950s since the US army had need of such devices to create better and more efficient weapons, tanks and other military vehicles. The computer that fed the information to the tools for cutting used punched tape which was a type of data storage between the 40s and the 60s. One inch of punched tape was equivalent to six bits of storage. To reach just one kilobyte, you would have to use more than one thousand inches of punched tape. And to think that today you have a data storage at least ten billion times bigger than what we had 70 years ago.

During the first signs of computer numerical control 70 years ago, we used it on old and pre-existing tools. As time passed and this technology kept growing and advancing, much more advanced machines were created that can follow the instructions of the computer much better.

Today, most CNC work is completely electronic, there is no need for analog parts at all.

Here are some of the most common types of uses of CNC:

Most modern mills are able to run advanced numerical control programs that are made of various letter-based prompts or number which guide the tools to move around a certain surface. The code used for this depends on the language created by the manufacturer.

You can find several different types of mills such as vertical mill, horizontal mill and knee mill. Without CNC milling we wouldn’t be able to create such detailed parts for various car parts or airplane parts.

Even the wooden furniture you have at home with those intricate details on its corners and edges has probably been done with CNC milling. If you want to know more about how CNC is used for woodworking products, check out Elephant-CNC

Lathe cutting tools are useful for cutting round-shaped forms which is much more accurate than using a mill. The products that come out after cutting with a lathe seems so perfect because they are very precise and fast. The kind of speed and precision would simply be impossible to do manually. If you tried to replicate this kind of speed manually, you would either destroy the machine or ruin the product. You can head on to Summit for a wide selection of metal lathes.

Same as mills, the instructions are given by a G-code or by the code supplied by the manufacturers. Although, unlike milling, lathes usually only have an X and Z axes while the former has X, Y, and Z.

You might be familiar with plasma cutting because it is still very commonly used in most basic work such as welding and soldering. However, unlike the regular plasma torches, you have seen be used by mechanics and technicians, these plasma cutters are much more powerful machines that can cut through much thicker metal materials.

This type of CNC machining is mostly used on metal, but it can also be used for other materials too.

A process with which you can morph a piece of material into a certain shape with the use of electrical discharges which is commonly known as EDM, spark machining or die sinking. The end of the tool has two electrodes who release current discharges. This discharge is strong enough to accurately remove sections of the material you are working on.

The smaller the gap between these two electrodes, the more powerful the discharge will be. So, if you need more precise work, you tighten the gap and if you want to work faster you increase the gap to speed up the section removal process.

And the last type of cutting, but not the least is water jet cutting. Yes, you read that right. With the use of very high pressure of water, the machine can cut through even the toughest materials such as metal and diamonds.

Cutting with a mill or a lathe creates a lot of friction which can heat up the workpiece to unsafe temperatures. With these jet cutters, the water acts as a way to cool down the workpieces as you are cutting.

If you are interested in extra tools and specifically power tools then please visit auditpowertools.com.