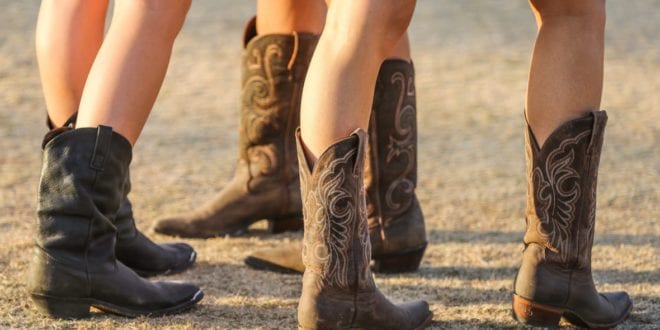 How did Cowboy Boots Become a Fashion Symbol?

Everybody knows cowboy boots – they are fashionable, always in trend, and very practical. The reason why they are so famous lays in their unique design. Even though there are variations of their looks, there are some key elements that make them recognizable. Have you ever wondered how these boots become one of the must-have fashion items? Take a look at the following article to find out.

Originally, there is a distinction between two major types of these boots. One type is called roper, whereas the other is called western or classic. Have you ever wondered what this division means? This distinction implies that they have undergone major changes in history. At first, they had a specific design, and were used for particular purposes. In other words they were made especially for cowboys’ needs. Later, they become part of the fashion industry and culture, and the focus was shifted to the design instead of practicality.

Roper boots have a short shaft ending between the ankle and the calf. They are characterized by a very short heel in the shape of the square. This low heel is usually around an inch, which was unimaginable back in the day. Then, the heel was rather high because it would make it easier for cowboys to ride horses. The roper type also has rounded toes as opposed to the squared ones. In the present fashion these boots are widespread and very popular.

Western boots are the traditional type and they have managed to save the shape and design which is the closest to the original ones. They have a tall shaft. The heel is higher than an inch and the square toes.

There are many reasons why cowboy boots were found to be so inspiring and fascinating to fashion designers. First of all, they represent a particular point in history which is very often the source of inspiration for artists. Secondly, they were well-received by people all around the world because they can be combined with every single piece of clothing, including jeans, shorts, dresses and skirts.

There are speculations on when the first pair of these boots appeared. Even though it is not known exactly when, people believe that it is after the Civil War. When it comes to the design, in the beginning the focus was on the functionality. Therefore, they were made from the thick leather material and they included a thick heel in order to make it easier to dig into the ground while walking through the unsettled trail.

In the earliest beginnings of the appearance of this model of the boots, they were used primarily as a tool which made it possible for cowboys to do their work more easily. However, pretty soon the focus shifted to the design. Despite the fact that the functionality was still the priority, the designers and creators wanted to make them attractive as well. That is why different shades of brown or other colors started to appear as the necessary component of the boots.

Today’s cowboy boots are a lot different compared to the past times. Even though the design has changed, the basics remain the same. Their popularity doesn’t seem to stop any time soon, since they have become a fashion classic. The exact moment when they entered the world of fashion is not known, but it is known that their popularity has gradually been increased. People used to wear them with everything. Both men and women would combine this fashion item with different types of clothes. In that sense, women would even wear them with skirts and shorts.

When it comes to today’s design, it is probably the thing that differs the most from the original looks of the boots. In other words, the functionality is not as important as it used to be. Instead, people wear them because they are trendy and they match other pieces of clothing perfectly.

To begin with the material used to make these boots, it is completely different in today’s fashion. Cowboys used to wear theirs made out of cowhide leather. Today, this material is replaced by elk, stingray, snake, lizard, elephant, buffalo, or alligator skin. In this way, they are very durable and can be worn for years.

Also, they are made to be high-quality and trendy at the same time. In the market, there are numerous types. Some are cheaper while others are more luxurious. In case you are interested in purchasing a pair for yourself and you are wondering which you should choose, you can check out different reliable reviews from experts or people who have purchased them. One of web sites like this is ahjoo.com. There you will find reviews and you can choose which option is the best for you to choose.

Even though cowboy boots have a long history, they seem to be more popular than ever. Furthermore, their popularity doesn’t seem to stop anytime soon due to the fact that in today’s fashion they are considered to be a classic. Therefore, it is safe to say that they have entered the cannon. They are so loved and worn by people because of their attractive design.

Also, the fact that both males and females wear them makes them one of the most widespread boots on earth. On the top of that, not only do they symbolize an entire culture and era, they symbolize a particular way of living and behaving. It is probably the reason why people are so in love with them and find them to be suitable for every occasion – from casual to elegant.

Previous 7 Unusual Japanese Inventions You Might Didn’t Know About
Next Nike:Too good to be true 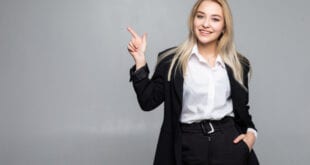 7 Ways To Elevate Your Style In The Workplace 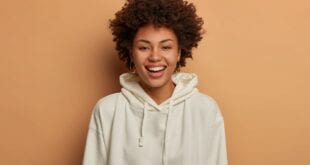 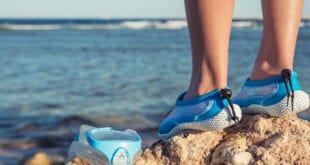