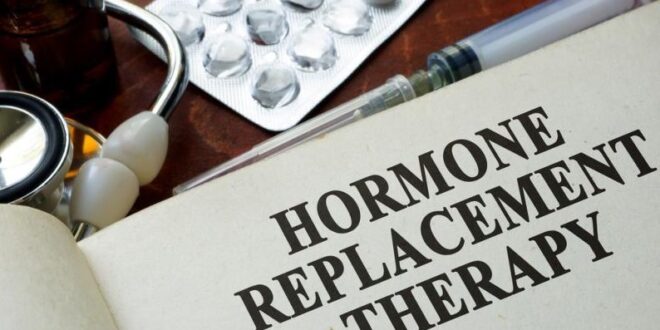 Hormone Replacement Therapy, What Is Its Importance?

Carolyn Lang 24/01/2022 Health Comments Off on Hormone Replacement Therapy, What Is Its Importance? 82 Views

In childhood, in adolescence, in all stages, the woman’s body changes, some of them “difficult” to understand, like the case of menopause and some of its main symptoms.

Menopause is a period of life that is surrounded by controversy. Many paradigms have been built on that time which has slowly been replaced by new paradigms. Is menopause a normal process or a disease? The most relevant concept in medicine is that it is a disease due to estrogen deficiency, up to the current concept of considering it as an endocrinopathy.

A concept more in line with current modern knowledge is to consider menopause as an event in a woman’s life with pathological repercussions. This physiological event has regressive changes that condition the appearance of symptoms due to exhaustion of the estrogenic function.

Hormone replacement therapy (HRT) seeks to restore the hormonal balance that has decreased or been lost, to lessen or reduce the immediate, mediate, and late consequences of the climacteric. The benefits of estrogen therapy have been widely recognized. The risks and benefits must be carefully considered to try to have a real understanding and make a correct decision. To know more about HRT, you should visit bywinona.com.

To note, menopause is a natural process, and the criteria used to assess risks-benefits in sick women are also used for women with normal processes. In a sick person, the benefit of taking medication outweighs the risk of side effects (toxic and teratogenic) of the medication.

In cases of cancer, the benefits of Hormone Replacement Therapy, that is, the possibility of surviving, outweigh the risks (toxic effects). In the case of menopause, the situation is not so clear when the risk-benefit is considered because they are healthy patients.

Healthy women who use hormones

Healthy women who use hormones are said to have higher standards of health, but they do not consider that such women have an increased risk of acquiring a chronic disease (breast cancer, endometrial cancer) when they use hormones. Deciding whether or not to use hormones in the menopausal period is a difficult point to tackle in light of these concepts. It is necessary to have an adequate conviction of the usefulness of hormonal drugs.

Although the transition to menopause begins at age 35, menopause usually begins at age 47, on average, according to the Cleveland Clinic. By 2035 it is expected that 1 in 3 American women will be in the climacteric stage or postmenopausal, and with a life expectancy of 83.4 years.

Both the transition to menopause, -defined as “the period that elapses from the time immediately before menopause, when fertility declines and the irregularity of menstrual cycles increases, until the first year after the cessation of menstruation”-, such as menopause itself, -defined as “the permanent interruption of menstruation caused by loss of the follicular function of the ovaries”, according to the book Harrison, Principles of Internal Medicine-, have characteristic symptoms such as hot flashes, urinary incontinence, depression, anxiety, decreased sexual interest and vaginal atrophy.

The North American Menopause Society mentions that symptoms can persist from 6 months to 2 years. This society points out that although the total duration of symptoms is not clear, averages of 4 years and 10.2 years have been reported. In addition, 83 percent of women have reported such symptoms daily. Similarly, approximately 33 percent experience more than 10 episodes a day.

Menopause and its relationship with the appearance of osteoporosis

There is a direct relationship between a lack of estrogen after menopause and the development of osteoporosis. After menopause, bone resorption outpaces new bone building. Early menopause (before the age of 45) and any time when hormone levels are low and there are few or no menstrual periods can cause bone loss.

Women who are in menopause or transition can use hormone replacement therapy to replace natural hormones when those produced by the body are not enough and treat symptoms secondary to hormone deficiency. In general, the treatment scheme must be individualized to each particular case. It may be modified throughout the woman’s life, to adapt it to her needs.

Short-term pharmacological treatment (less than 5 years) will be initiated for the prevention and/or management of vasomotor instability, genitourinary atrophy, and the symptoms derived from them, when the woman decides and there are no contraindications. It is not recommended to use hormone replacement therapy with estrogens without progestational opposition in women with a uterus since it increases the risk of endometrial hyperplasia, the risk being greater with high doses.
Hormone replacement therapy is acquiring increasingly prominent importance within gynecological consultation.

On some occasions, the supervision of this treatment can be carried out not only by the gynecologist who prescribes the treatment but also by some primary care physicians. Another approach is to do primary prevention, regardless of symptoms. In these cases, the treatment is initially established for a long period, not being necessary to make therapeutic windows.

Finally, with hormone replacement therapy or HRT, we can likely carry out secondary prevention, that is, prevent the progress of an already established disease (especially concerning osteoporosis).

Benefits or advantages of HRT

Multiple studies demonstrate the negative impact of hypoestrogenism on different organs and tissues and, in turn, demonstrate the beneficial effect of hormone replacement. The benefits of hormone replacement therapy are well documented and can be considered in the short, medium, and long term. In the short term, the action of replacement therapy is notable in the reduction of vasomotor symptoms (hot flashes) and the control of menstruation disorders, improvements at the urogenital level, and in sexual function.

In the medium term, there is a decrease in bone mass loss and an improvement in the HDL_LDL cholesterol ratio, which in the long term translates into a reduction in the risk of fractures and cardiovascular disease.

Its usefulness as a preventive for Alzheimer’s disease and colon cancer has also been documented. Several prospective studies have shown that HRT increases life expectancy, it has been studied that the risk of mortality from various causes in users of replacement therapy is reduced by 20 to 50% compared to those who do not receive it.

So is this therapy recommended? Yes, for some situations must be under the supervision of a medical professional. 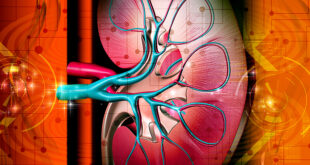 5 Most Common Causes Of Chronic Kidney Disease CKD In Adults? 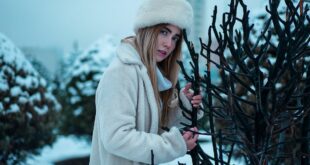 How to look good in a hat this winter: 5 Tips for The Ladies 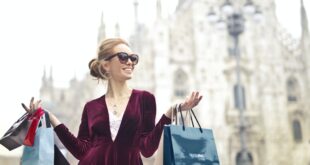 Be a Smart Girl Fashionista With This Guide