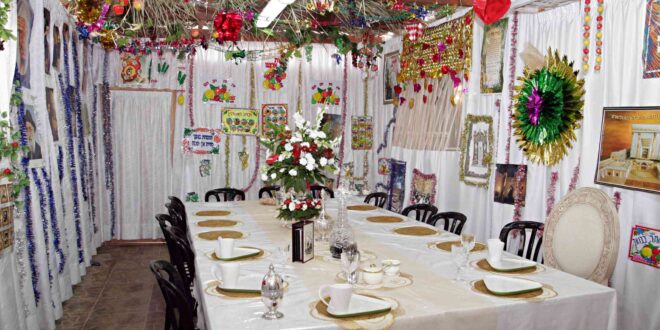 History, Food and Celebration: A Novice’s Guide to Sukkot

Carolyn Lang 02/08/2022 Religion Comments Off on History, Food and Celebration: A Novice’s Guide to Sukkot 43 Views

Taking place just five days after Yom Kippur, Sukkot is one of the three great pilgrimage festivals in the Jewish calendar. Originally celebrated to signify the end of the Autumn harvest, the scripture reinterpreted this holiday to coincide with Jewish beliefs, leading to millions of Jews celebrating their ancestors and values every October across the world.

If you are a novice to Sukkot, you might be wondering what this holiday is all about. While other Jewish festivals might be celebrated over a steaming dinner spread, this holiday is a little more unique. In fact, many Jews celebrate Sukkot by putting up a three sided structure in their garden, decorating it, and then proceeding to spend as much time in it as possible.

So why is this the case and what is the meaning behind the three-sided huts? Well, as with any Jewish festival, all it takes is a little dip into the history of Sukkot to figure out exactly what the holiday is supposed to represent and the lessons that you can take from it.

What Is The History Of Sukkot?

As a Jewish holiday, the origins of Sukkot go back to the wilderness years in the Exodus. After the Jews escaped their slavery in Egypt, they began the long journey across the desert to reach the promised land. Rather than heading in a straight line, God instead chose to take the Jews along a more crooked path, leading them to travel the desert for a total of forty years before they finally reached their destination.

While there is some debate as to the meaning of this judgement, most believe it was done as punishment for the initial rejection of the Land of Israel. When spies toured the promised land for a total of forty days, they committed a great sin by slandering Israel and refusing to believe God’s word that this was the perfect Jewish haven. This led to God punishing the Jews with a further forty years of wondering before they could make it there. By the time those forty years were over, the unbelieving generation would die, and the remaining Israelites would be willing to accept the promised land and believe in God’s judgement.

During those forty years, God also decreed that they would use booths to keep themselves sheltered in the harsh environment. These came in the form of three-sided huts, with just a few branches and leaves to form the ceiling. The Jews used these booths for the entirety of their travels, which is why the Jewish people of today celebrate Sukkot by reenacting the same thing.

What Do Sukkot Celebrations Entail Today?

Today, Sukkot is celebrated by building a three-sided booth, which is known as the sukkah, and ensuring to stay in it for as much of the seven-day festival as possible. Weather permitting, meals will be taken in the sukkah and the hardier Jews will even sleep inside of it, commemorating the trials and tribulations that their ancestors had to go through in order to reach the promised land.

It is important for the sukkah to have a maximum of three sides, with a ceiling that is made of branches and leaves, just as they would have done during the forty-year wilderness. The message behind this is simple. While most of us have a nice house or apartment to keep us safe and comfortable, spending time in a fragile hut in the garden will strip that away and give Jews the experience of living in an exposed world. This will not only put them in the mindset of their Jewish ancestors, but it will also demonstrate that there is only one real source of shelter and security, which is the protection of God.

Of course, it is important to note that not all Jews follow these rules completely. Jewish law requires that the hut becomes the principal residence for Jews during Sukkot, but for Jews in colder climates, it is acceptable to utilise the hut for meals only.

What Other Celebrations Take Place During Sukkot?

If you have already experienced a Sukkot festival, then it is likely you have seen a sterling silver etrog box – like those available from merchants such as nadavart.com – being displayed during the celebration. In the Torah, Jews are advised to accumulate the product of hadar trees (etrog), branches of palm trees (lulav), boughs of leafy trees (hadaism) and willows of the brook (aravot). The etrog is then held in one hand, while the rest are bound together to form a lulav in the other, and each of them are waved in a process known as a mitzvah.

In the Talmud, there are two reasons to explain this: to praise the God of the heavens and the earth, and to withhold “bad winds” and “bad dew”. Through performing this mitzvah, Jews ask the natural forces of the earth to act in harmony with man rather than destructively, which similarly replicates the prayers of the Israelites during their travels to the promised land.

There are also a variety of different meals that can be taken while staying inside the booths. Ordinarily, it is customary to eat stuffed foods such as peppers, kreplach or knishes. This is because, just as the Jews took shelter in the booths during their forty-year wilderness, the stuffed food symbolises the temporary shelter of the sukkah, as the food is also covered. Other foods such as challah, carrot soup or strudels can also be seen on a Sukkot dinner table, but that is down to the tastes and preferences of those hosting it.

If you’re planning on hosting a Sukkot celebration, or if you’re just looking to learn more about the origins of your favourite holidays, then the history and meanings behind Sukkot can certainly help you prepare the perfect celebration. So long as you remember the hardships of the Israelites and the protection of God, then you will be honouring the origins of the festival and fulfilling the most important virtues that the Torah teaches.

Previous Spirits and Evil Forces: Has the Purpose of Jewellery Come Full Circle?
Next Blackjack Strategies You Should Actually Avoid 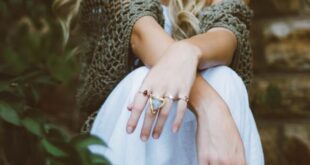 Spirits and Evil Forces: Has the Purpose of Jewellery Come Full Circle? 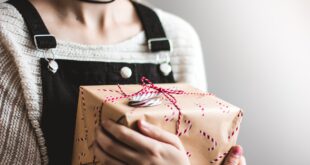 Everything You Need to Know About Gifting 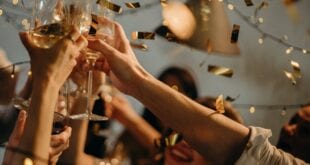 Which is Wilder, A Stag Do or Hen Nite?