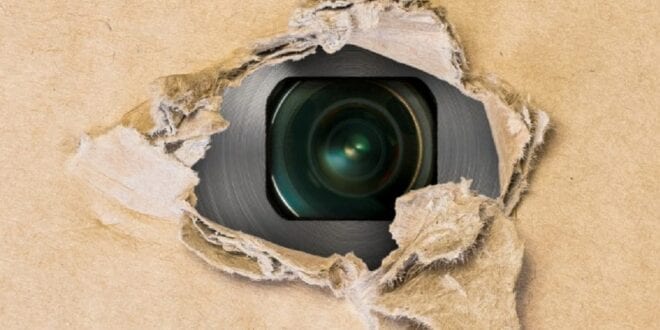 5 Reasons to use Hidden Wall Cameras For Home Surveillance

Home surveillance systems used to be very expensive and for that reason, they were used only by very rich people, who wanted to protect their expensive property. But from then until today, security cameras have become significantly cheaper and that is why they have become something that almost every house can afford. In addition to the fact that home surveillance systems are much cheaper than before, the quality of cameras and everything else has also improved significantly. So now at relatively low prices, you can get very good protection for your home.

Since you have probably decided that it is wise to secure your house this way, you are now wondering which security cameras are the best choice. There are so many different models on the market, where shape, connectivity, power, and everything else varies. However, one type has become especially popular in recent years, and that is hidden wall cameras. If you are wondering why this particular type has become so popular, we will answer that question by giving you reasons to use hidden wall cameras for home surveillance.

Surely your first dilemma is whether hidden wall cameras are legal because they certainly associate you with spy movies. Generally speaking, they are legal in all US states. But you should definitely check local state laws when it comes to surveillance because the laws vary considerably from state to state. And what you need to take special care of is placing the cameras in the bathroom or any other place where you are expected to be able to capture someone’s intimate moments such as changing or taking a shower. This will be considered an intrusion of privacy and may bring you a problem with the law, so be careful when it comes to it. When we talk about cameras in the living room and other rooms, they are absolutely legal.

Reasons to use hidden wall cameras

1. To catch a burglar

All those who think that you should position cameras so that they are very visible, state how hidden home surveillance has no effect in deterging burglars. And that is certainly true, but it’s only one side of the coin. The other side of the coin is that most burglars won’t be deterred from their intent to steal from you just because they see you have cameras. They are used to it and will disguise themselves so that nothing will be seen on the recording so it will be useless for the police investigation. But hidden cameras can infuse them with a false dose of security, which will make them less vigilant. Because of that, they will make mistakes and leave evidence which will help police to arrest them later. So it is much more useful to have hidden surveillance that will record them while, for example, they take off the masks, while if they know that you are recording them, they will certainly not make such a mistake.

2. You can gather information

There may be something going on in your house that you suspect, but there is no way you can prove it. It can be anything from criminal activity to adultery. But you have no evidence other than your suspicion, and one way to prove it is to install hidden wall cameras. If you hide them in the right places so that they cannot be noticed while they can record everything, you will very quickly confirm or dispel your suspicions. If you don’t know exactly what wall cameras look like, you can see it on this website. And we will tell you where it’s ideal to place them so they don’t get noticed. Curtain rods are definitely the best choice because they are located high and it is very unlikely that anyone will notice them. You can also use a bookshelf and hide it with the help of hollow books, although this is a riskier option. Artificial flowers are also a good choice. Never use real flowers, because they must be watered and then the camera will be noticed, and also damaged if it is not waterproof.

3. Protect your children and the elderly

We have all heard of “nannies from hell” abusing children in various ways, while parents thought they left children in safe hands. This has led to many tragic events, some even served as inspiration for horrific documentaries. And not even something violent has to happen, it is enough for the babysitter to neglect the children so that you have enough reason to fire her. With the help of hidden cameras, you will always have a grasp of the situation and you will be able to react immediately, and not only when something happens to your child. Your children are the most important people in your life, so you want to protect them 24/7. The same goes for your elderly, who may be neglected or mistreated by the healthcare provider or some other form of the caregiver. Their health is very fragile and you cannot allow anyone to neglect them while you are at work.

4. It helps you not to wrongly accuse someone

It has happened to all of us that we wrongly accuse someone of something he did not do. This often happens, for example, when something disappears, especially if it is something important. Then it happens that we wrongly accuse a visitor of stealing belongings from our home. In fact, we lost that thing or moved it to another place, and forget about it. A false accusation has far-reaching consequences, first and foremost for our relationship with that person, and we may even end up in court for false accusation. When we have cameras, we will easily be able to prove who is right.

5. They also serve as an alarm

There are different models that have a built-in alarm, so they have multiple purposes. Cameras and alarms will be directly connected to your smartphone and the police, so you will be able to react quickly.

Why risk your own and your family’s safety when you can be completely at peace at very affordable prices?