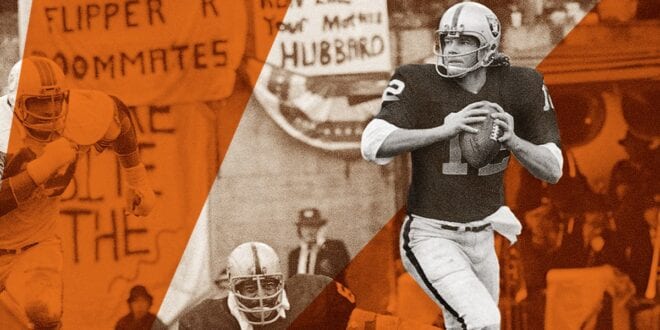 One of the biggest sporting leagues in history celebrated a century of existence last year. Over 100 years of NFL means countless jaw-dropping, incredulous moments caught on screen. From plays that clinched wins within seconds of a game’s end to unbelievable performances which coined names that are recognizable world-wide, fans, coaches, and teams alike live for these precious moments. Let’s take a look at a few of the most memorable in NFL’s history.

The one and only “Immaculate Reception”

In 1972, just two days before Christmas day, the Steelers took on the Raiders in the Three Rivers Stadium at Pittsburgh. A seemingly regular AFC playoff game quickly turned into a match that contained the most unforgettable (and controversial) play in the history of the league.

Forever known as the Immaculate Reception, the moment began when Pittsburgh quarterback Terry Bradshaw’s last-minute pass to John Fuqua bounced off Oakland’s safety Jack Tatum only to be miraculously scooped up seconds later by fullback Franco Harris, who ran the ball for a playoff -winning touchdown. The deflected caught ball resulted in a Steelers win, all to the resounding cheers of a hollering, joyful crowd celebrating a 13-7 victory in their home state.

Because no instant replay review existed at the time, the catch has been met with many discussions concerning its validity. However, the Pittsburgh Steelers would come to win Super Bowl titles in 1975, ’76, ’79, 1980 and decades later in 2006 and ’08, tying with the New England Patriots for most Championship appearances. Currently, in the 2023 post-season NFL climate, the Steelers continue to be a team to look out for, ranking within the top of the AFC North and with OddsChecker favoring them for more wins and future titles.

Although the Pittsburgh Steelers are owners of many rings and trophies and continue to chase after them, perhaps they will be remembered most for that one play in the afternoon of ’72 that clinched an unbelievable win.

In the same way that Harris’ incredible touchdown coined the phrase Immaculate Reception, Dwight Clark’s snag in the endzone of the NFC Championship game will forever be known as “The Catch.”

It was January 10, 1982. The San Francisco 49’ers were playing against the Dallas Cowboys in an extremely important game and were down by one touchdown. In the final moments of the game, with a scoreboard reading 27-21 Cowboys, Joe Montana threw a shaky spiral to receiver Dwight Clark. People watched with what can only be described as a mixture of sheer panic and absolute joy as Montana finally released the ball, which went flying over the heads of all the players on the field and everyone watching in Candlestick Park.

Clark pushed his body towards the sky in one rapid movement, catching the ball with his fingertips and bringing it down to his stomach, scoring the touchdown needed to make the 49’ers NFC champions. From here they went on to compete in Super Bowl XVI, defeating the Cincinnati Bengals 26-21, and securing their first ever Super Bowl win.

A more recent unforgettable play, the Helmet Catch took place during Super Bowl XLII on February 3, 2008, in of course, the last two minutes of the game. Are you noticing the theme here of vital moments occurring within the last minutes or seconds of really important games? Well, it helps when you have extremely talented quarterbacks like Eli Manning who thrive under pressure.

In a play that no one could have predicted, the Giants player escaped from three New England Patriots who were attempting to pin him to the ground and threw a long shot to David Tyree, who was able to secure the catch using his helmet. Even after falling to the ground with a Patriot on top of him, Tyree was able to keep the ball in his grasp with the help of his helmet.

This single play led the Giants to a Super Bowl victory, allowing them to gain a whopping 32 yards at a point when the game seemed like a sure loss. If the Patriots had won this game, they would have finished the season with a perfect 19-0 record. It’s a play that will go down in the sports history books.

There are 16 seconds on the clock, you’re in the middle of an AFC Wild Card playoff game that could determine future Super Bowl success for your entire team, and you’re down by 16-15. The Titans were in this exact position on the afternoon of January 8, 2000 in their hometown of Tennessee before the famous play ensued, known as the “Music City Miracle” or the “Home Run Throwback.”

After a field goal that resulted in the Buffalo Bills leading by one point, tight end Frank Wycheck threw a pass to the other side of the field. The pass landed in the hands of Kevin Dyson, who then charged 74 yards down the grass into the endzone, allowing the Titans to walk away with a 22-16 win and the eternal reputation of delivering an onscreen miracle to fans everywhere.

It’s a play that proves that a match isn’t over until its over, one of the many reasons why fans love to watch the NFL and consider it to be the best professional sports league there is.

Plays like Malcolm Butler’s only come around every so often. While all moments on this list are truly incredible, this one is unique in that the entire world was watching, waiting, and expecting for something to happen and, when it didn’t, it was shocking.

The play happened during Super Bowl XLIX. The New England Patriots, appearing in yet another Championship game, took on the Seattle Seahawks in Glendale, Arizona. In this specific moment, people are on the edge of their seats, staring at a clock blinking “30 seconds” waiting for Seahawks quarterback to make his pass for the winning touchdown, the endzone just one yard away.

However, in a unprecedented turn of events, Patriots defense Malcolm Butler jumped in front of Ricardo Lockette to snag the spiral from the Seahawks, winning yet another Lombardi for the Patriots franchise. What better time for an interception than within the last 30 seconds of a Super Bowl game, standing in the endzone of your opponent? 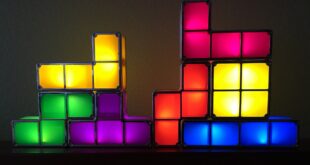