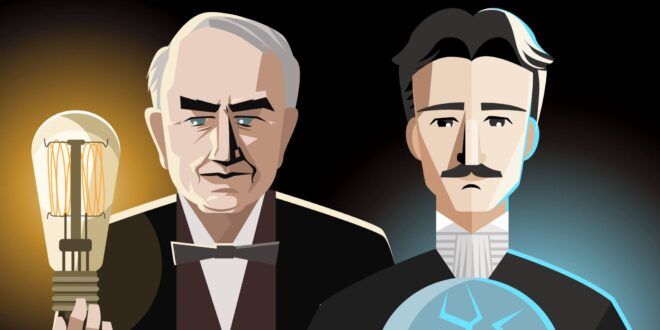 Who is the Greatest Inventor of All Time?

Life, as we know it nowadays, would hardly be the same as it is if there were not for the scientific breakthroughs envisaged by some of the greatest minds to have walked the earth. Although we like to think that everybody has a role to play on our lovely planet, we agree that the results of some are too high not to be considered as crucial for the world we live in. Thus, we shall present you with a list of personas without whose contribution we would not be able to write this article and try to get you closer to the answer to who is the greatest investor of all time. On that account, read the lines below and choose your favorite!

In order to deliver a solution that would affect the whole world and change the way it functions from its very essence, you either need to be gifted by birth or to accumulate as many pieces of information as possible and use it in a specific, let’s say, revolutionary way. Well, if there were not for Guttenberg, the latter mentioned would be hardly possible for the coming generations, and we can say that he was endowed with the first one. If there were not for Johannes Guttenberg, the world would be left without adequate means to print words and symbols on paper. How important the invention of the printing press is, reflects in how hard it was for the simple man to get in touch with any type of scripture at all since they were reserved for a handful of the chosen ones who were in charge of copying them.

It is important to mention that almost every person on our list has influenced each other in a specific manner. In other words, they are conditioned one by another in a certain way. That is particularly notable in the three gentlemen we will talk about right away.

Unfortunately, we often neglect the importance of electricity and how different our lives would be if someone has not realized how to utilize it. Thanks to Benjamin Franklin, we have the name for the energy we use constantly, but we should say thanks to him also for the first battery for strong electric power, and the knowledge about the conductors. He was not only one of the founding fathers, but also one of the pioneers in making the world as we know it today.

This gentleman was one of the main culprits for introducing numerous commodities we enjoy today to the public. He was not only an inventor but also a successful businessman without whose entrepreneurial skills many inventions would fail to see the light of the day. Although there are some controversies linked to his name, he is still credited for the invention of the phonograph, electric light bulb, and even the telephone, although the patent was first introduced by Alexander Graham Bell. Without him, most of the electricity-based innovations would never be as influential as they are today, no matter were they made by him or of his proteges. If you want to change the world and make it a better place with never seen inventions and solutions, visit InventHelp‘s Instagram page and find additional info on how to make it happen.

There is a vale of mystery when Nikola Tesla is in question, but he was one of the greatest minds to have ever walked the earth without further dispute. Although a serious portion of his discoveries has been either destroyed or kept from the eye of the public, he is credited for the invention of the electric motor we nowadays use, alternating current, remote controlling, and is considered to be the father of modern wireless technologies. Although he was a one-of-a-kind individual with the idea of providing the whole world with free energy, his ideas did not meet the approval of his financiers, one of which was Thomas Edison.

Although this omnipotent inventor spent his earthly days in the 14th and 15th centuries, both his art and his creations surpassed the era. Moreover, some of his discoveries are still being discussed by the greatest minds of our time without understanding them completely. In a nutshell, he has envisaged and draw the sketches of a battle tank and a helicopter at the time when a person who owns a horse would be considered a fortunate fellow, and flying was reserved for birds and insects only. Apart from his inventions, his art is what is still considered a mystery, not only because of the magnificent techniques he demonstrated but also because some believe there are some hidden messages behind the amazing sights he painted. In a nutshell, Leonardo DaVinci is probably the greatest engineer who has ever walked the earth.

Inventions are not solely related to technological advancements, moreover, if the two gentlemen from the subtitle did not do what they did, the chances that you would be here to read this article would be significantly less. Without Louis Pasteur, the vaccination as we know it today would not be possible, but we would also suffer without benefits arisen from the discovery of pasteurization he is also credited for. On the other hand, who knows how many lives would have been shortened if there were not for Alexander Fleming and his discovery of penicillin. Without their contribution, modern medical science would be utterly different, and modern means of treatment would be everything but modern.

We certainly hope that we have managed to bring you a bit closer to how big of an impact have the aforementioned individuals had on the world we live in today. It is almost impossible to single one out of the crowd and crown them as the biggest inventor of all time since the role of any one of them is irreplaceable. Another important thing to highlight is that numerous inventors worthy of our attention who even though were not mentioned on our list, deserve to be here. So, consider what you have to give to the world and who knows, you might be the next big thing in our future articles.