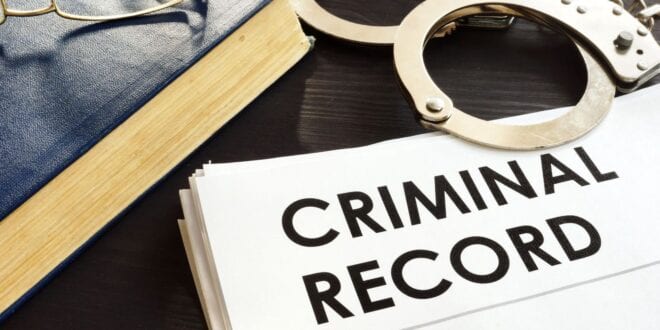 How to Get Your Criminal Record Sealed

We all got into a challenging or troublesome situation sometime in our lives. Luckily, those often proved feasible and our chances to get out of them were within a hand’s reach. Sometimes people, due to the lack of sleep or focus, commit traffic violations, while others go to extreme measures and want to earn money in unlawful ways. Here we refer to a fraud or financial crime. In other words, people act differently under the pressure of different circumstances. Yet, we hope that life will treat us all well and that we will stay away from such unpleasant experiences.

Speaking of the United States, the number of our dear fellow citizens having a criminal record is not among the lowest in the world. Luckily, they are still a minority. For example, research from a few years ago showcased that during the first decade of the 2000s the number of arrests in the U.S. was a staggering 110 million. To put numbers in a perspective, there were around 54 million arrests during the 90s – twice as low.

The intentions leading to violations of the law are not always malicious, however, the consequences can follow us forever, making different aspects of our life more challenging. In case you were in a situation to act contrary to the law, for whatever reason, the things might not necessarily look desperate for you. In the following paragraphs, we will offer you a bit of advice on how to have your criminal record expunged or sealed.

The laws in certain U.S. states allow for a criminal record to be expunged. It means that a criminal record will be completely deleted, however, this depends on several factors, such as the type of the case as well as a court hearing. So, make sure to research eligibility criteria and the laws of your state. Furthermore, it is possible to have a criminal record undisclosed for certain entities, such as private businesses, schools, and similar. This type of keeping a criminal record unrevealed is particularly helpful when it comes to job and bank credit applications.

It is important to note that in some U.S. states, a criminal act cannot be sealed or undisclosed, regardless of its type. The criminal acts that will certainly not fall under the category of minor offenses include unlicensed selling or buying of the firearms ammunition or the firearms, witness intimidation, a prison escape, violation of ethics and public corruption laws, sexual misconduct, rape, child pornography, serious violence cases, and similar.

Initiating the sealing of a criminal record can be done in two ways. First, a person requiring the sealing of his or her criminal record should file and send a petition by mail. The second way does not require any action by a petitioner because the court will seal the record after a certain period of time. Again, the methods vary from state to state.

As we mentioned above, the official term for the removal of a criminal record is expunction. It is reserved for certain cases, thus, it is necessary to check the eligibility in your state. This is very important because you can save a lot of time and money by avoiding unnecessary procedures and costs.

For most people, expunction and nondisclosure of their criminal record would serve the same purpose as their main goal is to make people’s employment and bank matters easier. So, how to determine which procedure fits your case best?

According to recordpurge.com, expunction is available for defendants, who for some reason, were released soon after the verdicts were reached, as well as those who were not found guilty. In other words, it is not applicable to the individuals who have admitted guilt or have served their sentences.

The nondisclosure of a criminal record is available to a greater number of citizens. For example, the law in Texas offers more flexibility for this procedure. As a result, a criminal record in Texas can remain undisclosed for certain cases even when they are closed when a judgment is postponed or when an individual was sentenced to community supervision or jail time.

The process of either sealing or expunging a record depends on the significance of the case and of course, the time frame. The sooner you petition, the better. However, the time required for the petition to be processed, again, varies from state to state. Any lawyer based in your county should be able to provide closer information on the process. In general, it is likely for the process to last from two to six months.

The sealing of the criminal record does not necessarily require the involvement of an attorney; however, it is an absolute must to take all the appropriate measures. If you still wish to hire a lawyer, the fees vary as well. According to several sources we consulted for this article, the lowest and likely the least possible fee would be around $400 for legal services while hiring an established law office would set you back a couple of thousands of dollars.

Although a great number of the U.S. states offer a possibility for convicts to clear their criminal records and continue through their lives with fewer obstacles, many people still miss this opportunity. Part of the reason is the lack of information. In other words, people are not well informed that such procedures are possible. The second reason, as we discussed above, is the cost. Although figures can seem quite discouraging, we strongly recommend that you do some serious research in this regard. Many non-governmental organizations offer free or very affordable legal aid.

If you opt to initiate either sealing or non-disclosing of your criminal record, our best advice would be to get informed about your state’s law and to determine which solution would be most effective and affordable for you. 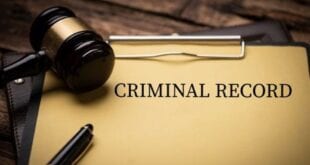