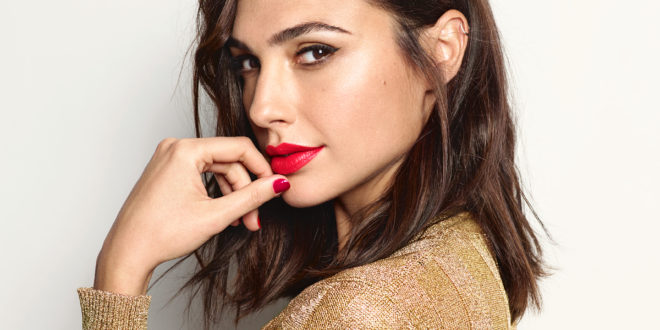 Israel is a country that gave so many things to the world. Recently, a certain number of artists and famous people from Israel presented themselves to the world. Especially Hollywood. We will present to you one of them.

Gal Gadot is an actress and a fashion model that comes from Israel. She became more known to the western public after her appearance as a Wonder Woman in various movies.

We can say that she is one of the most beautiful actresses today. We are going to present to you her bio and net worth.

Gal Gadot was born as a Gal Gadot-Varsano in a city of Rosh HaAyin in Israel on the thirtieth of April 1985. Her parents are Irit, a teacher, and Michael who was born and raised in the same city as his daughter. Her mother`s parents survived the Holocaust.

During high school, Gal played various sports and studied dance as well. These skills proved necessary during the filming some of the movies she starred in, where she performed her own stunts. When she was eighteen, she participated in Miss Israel, and without anyone expecting, she won the competition.

Two years later, like with any Israel citizen, it was required of her to participate in the Israeli army. She was among the best soldiers during the first months, and later she became a combat trainer. After she was done her time in the army, she decided she wanted to study law.

Her first experience with the world of cinema was the audition for Quantum of Solace. She didn`t get that role. However, she starred in some tv shows in Israel. Some years after the audition, the same director invited her to appear on the Fast and Furious 4. She debuted in that film.

Furthermore, she was a part of the next two installments of the franchise. Probably, her love for motorbikes and military background in her family were the two things that help her in getting those roles. Plus, her acting skills are exceptional.

She appeared in smaller movies during her career. Recently, she appeared on a thriller Triple 9 that stars Norman Reedus, Casey Affleck, and Woody Harelson. As we said, she gained a lot of recognition with her roles as a Wonder Woman on Batman v Superman: Dawn of Justice and Justice League.

Besides acting, she continued to work on her modeling career. Her pictures appeared in many popular magazines, such as Glamour, Cosmopolitan, Bride Magazine, Lucire, etc. She is the main model for an Israeli clothing company Castro and has endorsements for Huawei, Vine Vera, Miss Sixty, etc.

Her income can be separated into two categories. One from acting and the other one from modeling. The salary from her first movie Fast and Furious 4 was $20k. Later, she had salaries of $100k. In 2013, the salary she got for her modeling was estimated at $650k.

Throwback to Paris – Me through the eyes of Meital ??❤️ pic.twitter.com/K6007DkXJZ

For her appearance on Triple 9, she was given $346k. The beautiful Israeli girl`s net worth is estimated at $10 million, and with hew projects insight, we are pretty sure that in a few years it will be higher.