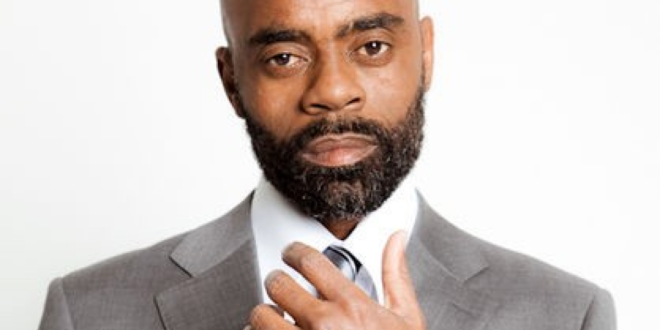 An American author, Freeway Rick Ross, was once one of the biggest d**g mafias in America. His 1980s d**g empire in Los Angeles, California, got him a life sentence, but in 2009 he was released. After that, his life changed completely. Let’s find out more about Ross.

On 26th January 1960, in Troup, Texas, U.S.A., Ricky Donnell Ross was brought into this world. His parents are Sonny Ross and Annie Mae Ross. He attended Susan Miller Dorsey High School, but couldn’t get a scholarship because he was illiterate. He used to play tennis and was very good. Ross started selling d**gs in 1979, and it wasn’t long before he became one of the biggest d**g traffickers.

He had a property in Los Angeles Harbor Freeway, near 110 interstate, and because of it, people called him Freeway.

His wife Mychosia Nightingale has been there for him, no matter what, and they are very close.

Ross’ d**g empire was spread across every state of America, and for that, he was sentenced for life. Thanks to his good behavior in prison, his sentence was shortened to 20 years. In 1996, after his arrests for illegally trafficking 100 kg of cocaine, it was believed that he made over $850 million with his illegal job.

Once he was released from prison, he didn’t go back to selling d**gs, and instead he has become an author, entrepreneur, and philanthropist. A rapper with the same name, Rick Ross, used his nickname for popularity and selling records. He sued the rapper in 2010.

Ross’ autography Freeway Rick Ross: The Untold Autobiography was the bestseller in 2014. He took part in numerous television documentaries, interviews, and movies, including American D**g War: The Last White Hope, VH1’s Planet Rock History of Crack and Hip Hop Documentary, The Joe Rogan Experience, Kill the Messenger, and Freeway Crack in The System.

Freeway’s net worth is estimated at up to $2.6 million. As it was previously said, he made over $850 million during his d**g trafficker career, before he was sentenced to prison.

Today marks 11 years this loyal beautiful Queen has been my rock. I want to thank her with every breath I have within me. Happy Anniversary my Queen “BossLadi”

This man is a real-life example that people can change.