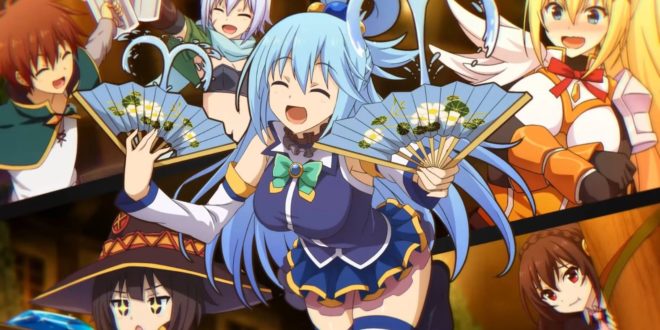 Another famous anime, KonoSuba, premiered in January 2016, and it didn’t need much for KonoSuba to become a total global hit, with excellent ratings and exceptional reviews. The KonoSuba, written by Natsume Akatsuki, and produced by Rie Ogura, had a good foundation and already had a vast number of viewers, that was closely watching Light Novel Series that came in October 2013, before the official KonoSuba anime. The Light Novel series was a kind of a prequel, and since it was such a success, the expectations were huge. The fans didn’t have to wait too much for the second season, as it aired the same time next year, but since then, the fans are on their toes for the 3rd season of this marvelous anime. There were doubts regarding the 3rd season and whether will it actually happens or will the studio make a full movie where all stories would get their proper ending.

The studio decided to go with a movie that was released in August 2019, but there is still hope for season three. The rumor is that it could be published sometime during 2023 or in spring 2023. However, the fans still need to wait for the studio to confirm those rumors. The studio reported that if the movie goes well in the theatres, the third season is almost guaranteed.

The main plot of this manga is a story about Kazuma Sato, a gamer whose dreams come true, or do they? He has a funny looking accident on his way home from the store, which causes his death. Instead of losing his life, he sees Aqua, the goddess who offers him two choices – he can choose whether he wants to go straight to heaven or to reincarnate into the magical world. Like any other gamer, he decided to go to with the second choice and try his luck in a real magical world. He gets his life upside down, and this anime is a good story about what happens when you have the first-hand experience of the game you love. As the story goes, he chooses a character with the name Adventurer, which has the lowest rank, so the beginning of the story plot may start.

His goal in this world is to beat the Demon King and his forces, which is the only way to bring peace back to the world. He gets the chance to choose which weapons he wants to bring with him, but instead of them, he decides to bring Aqua on that adventure. Soon he realizes that Aqua can’t help him, and the only thing that she can do is to resurrect recently deceased and to enable them with water. You can say that, most of the time, she acts like a child and that she is always focused on learning those skills that are just for fun. Every trick that Aqua can do is without any use in his quest to defeat the Demon King. He soon realizes that he can’t beat Demon King easily and as fast as he thought. He first needed to learn how to survive and earn money for everyday living. Many different characters join the Kazuma, and Aqua, such is their crusader, Lalatina ‘Darkness’ Dustiness Ford, who is a proven masochist with self-harm dreams. There is also an explosion magic specialist, Megumin, that can only cast one spell per day, and who refuses to develop his skills. Most of them behave like a child, which contributes to more drama, and it makes Kazuma’s afterlife life even more difficult.

Megumin can be an excellent example of how talent is never enough if there is no will to improve to reach full potential. Although she can be one of the most powerful wizards, she refuses, and her moody behavior is obstructing her from developing and becoming a significant part of this squad. The KonoSuba movie expanded the KonoSuba world, and there are two spin-off series that will make you understand this world better. The Kono Subrashii Sekai ni Shukufuku o! Extra: Ano Orokamono ni mo Kyakkou wo, and the second one – Kono Kamen no Akuma ni Sodan wo. These spin-off series are expected to be short, and they could maybe be more of use if they were a part of KonoSuba OVA 3. However, it is a good and fun anime to watch because it has everything, developed characters, an amusing plot, and a great twist. Since there are still no words or any significant rumor that will answer the question regarding the plot of the 3rd season, or even if the third season of KonoSuba is still in the studio plans, we are left thinking what could happen and will he be able the defeat The Demon King, with or without the help of his friends. Will Aqua develop some new powers?  Will Megumin stop being so childish, and is she going to reach her full potential?

What more can we expect from Lalatina and her masochist behavior? Which side of her will dominate, the self-destructive, or the explosive specialist one? There is one positive rumor that will bring back the smile to the fans’ faces. The Light Novel Series brought an excellent material for more than just 3rd season, and since the ending of the second season closes the Vol 4 of Light Novel Series, and the movie is about Vol 5, the 6th Vol should bring us back the long waited and grossly expected season three.

Since we still don’t know almost anything about the third season, we can only assume which path will the studio choose. It’s not everything only to the studio, and all of us will have an influential role if season three comes out. It is all about the ratings and support from the fans. Even the publishers said that it all depends on the show’s popularity, and on how well will the movie perform in the theatres. Just remember how the Deadpool movie got filmed in the first place. 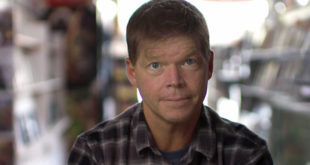 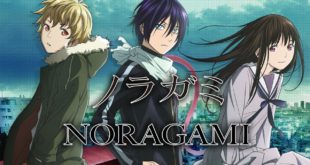