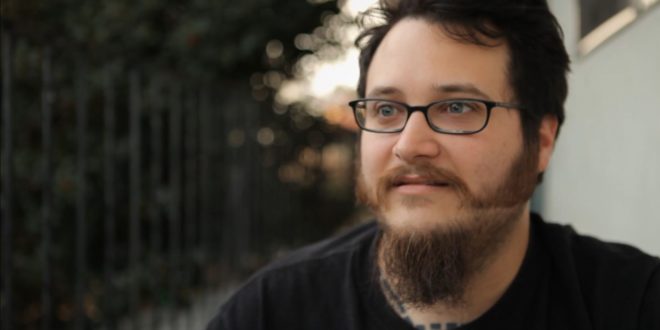 The game creator behind Super Meat Boy, The Binding of Isaac, and The End is Nigh, Edmund McMillen is renowned for his Flash game and unique characters he makes. Born in 1980 in Santa Cruz, California, McMillen has remained there even after he achieved fame. He attended Soquel High School and has shown a penchant for drawing monsters even then. He was mostly raised by his grandmother, who supported his artistic endeavors and always encouraged him to pursue his talent.

His career as a game designer started with Gish, a game developed by Cryptic Studio. He later used one of his earlier comic heroes, Meat Boy, to create his own game based on it, called Super Meat Boy. It was released on October 2010 and became an instant success. More than a million copies have been sold, making it one of the most successful indie games ever. The main character is a cube-shaped character, who is trying to save his girlfriend from evil Dr. Fetus. It is a classic platform adventure with more than 300 levels divided into chapters.

Looky what I got in the mail!!! Amazing fan made figures by Tom ( sorry your twitter name wasn’t on the letter inside ) pic.twitter.com/r8IkOyLr9L

His next game came out in 2011. The Bindings of Isaac is a roguelike title, based on Legends of Zelda. McMillen felt that with the success of Super Meat Boy behind him, he can take significantly greater risks in his art, leading to a somewhat controversial status of the game. He was even considering that the game may be career suicide, due to the quirky and often dark humor it conveyed. It took him one week to make it, together with Florian Himsl.

McMillen fears turned out to be unfounded and by January 2012, the game sold 450,000 copies. At one point, Nintendo reached out to him, trying to get the game for their 3DS system, but backed out due to the religious nature of it, trying to avoid any controversy. The success of the game led Edmund to start working on a sequel, The Bindings of Isaac: Rebirth.

McMillen’s latest project came out in 2018. It is a platforming adventure video game called The End is Nigh. He developed the game with Tyler Glaiel.

Just doing some tests for the legend of bum-bo trailer… pic.twitter.com/DBklSCgpWn

Although details about Edmund McMillen’s net worth aren’t available, we estimate that it is at least 7 figures. Both super Meat Boy and The Bindings of Isaac sold a huge number of copies (Super Meat Boy sold over a million, at $15 each) and although not all of that money went to Edmund, a large portion of it did.