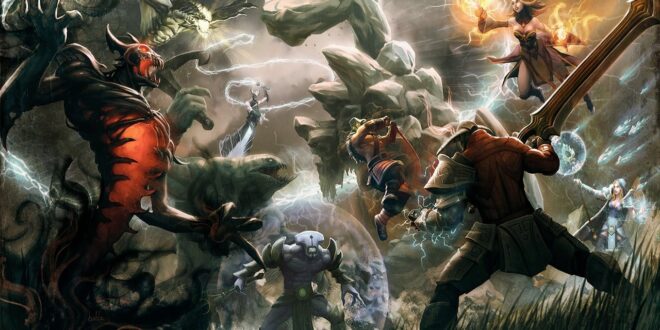 DPC is an abbreviation for Dota Pro Circuit. This is a special system that is used by the Dota 2 developer himself – Valve. It works simply, but extremely effectively: the developer approves most of the tournaments held by third-party organizers and gives them special points. All issued points are divided by the organizers according to prizes. If a team is in the first place, then it earns the most DPC points. The more points a team scores throughout the year, the higher the chance that it will be directly invited to The International.

This system determines those teams that will get to the largest Dota 2 tournament, based on their results throughout the entire gaming year. At the same time, it should be borne in mind that those teams that do not receive any points are also able to get to The International, only for this do they need to go through qualifications. All teams are already allowed there and only a small number of them get to the tournament itself.

If you are a fan of Dota 2 and you would like to follow the achievements of your favorite eSports teams, you should visit https://eplay-info.com/en/dota-2-teams/.

There you will discover not only the team ranking, the results, and the earnings but also detailed information about each Dota 2 team.

The entire gaming season consists of 22 of the largest Dota 2 tournaments, each of which occurs in a selected location in the world. Tournaments are divided into 9 Major and 13 Minor. The Major is the most important tournament where the prize pool and the number of points are much higher than in the Minor. In the second type of Minor tournaments, weaker teams can participate, which, with the help of decent results, retain a chance of getting into The International.

In total, DPC points are issued specifically not to the team, but to the players. For example, a team has earned 100 points in a Major tournament. Each player will receive 20 points. If he moves, during the season, to another team, then his points are saved. So, some players with high results can bring the whole team to The International, if it has not even added any significant results before.

The points are divided by prize places in the following way:

Only 4 out of 16 teams that participate in a particular tournament receive points. Such a system gives the incentive to develop both strong and weak teams in Dota 2.

Over the past few years, Valve has received a lot of criticism from fans and professional players related to the “opaque” system for issuing coveted invites. Thus, organizations that showed frankly poor results throughout the entire playing season were often directly invited to the final tournament of the year. On the other hand, teams that consistently take prizes at the largest LAN tournaments could be ignored by the game developer and were forced to qualify for TI through long qualifiers.

The Dota Pro Circuit’s first professional season, which included 22 tournaments and a cash fund in addition to rating points, began in the fall of 2017 and ran until the following spring. 9 major events and 13 minor events were held throughout the world during the gaming year. At the conclusion of all Dota 2 competitions, the top 8 teams with the highest points received invitations to TI, where rating DPC points were played.

The inaugural season of the Dota Pro Circuit has received a lot of criticism owing to a number of absurd moments and an overabundance of events, despite the introduction of a new rating that shows teams’ performance in competitions. The team coaches were given the chance to participate in the selection of heroes and were given a set amount of time to formulate plans for the closest map before being forced to leave the group.

Many of the drawbacks of the Dota Pro Circuit format’s first season were fixed in the second season. It appeared as fair as possible that 12 teams would qualify straight for The International 2019 based on the DPC rating, and each of the 6 regions would only receive one spot in the final qualifiers.

How Do Teams Score DPC Points in Dota 2 eSports? 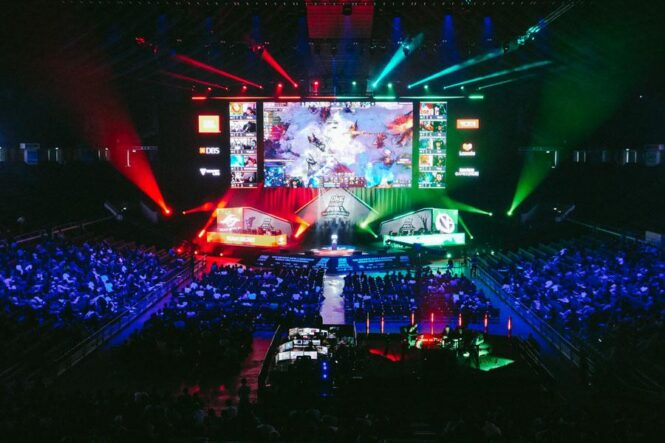 The DPC score is an important metric for determining the standings of teams in Dota 2 eSports tournaments. The traditional methods of measuring success, such as wins and losses, don’t always accurately reflect a team’s performance on the competitive scene. It can be difficult to gauge who is truly the best without an objective metric.

The DPC score provides teams with an accurate measure of success by counting points earned during each tournament. By finishing higher in a given tournament, teams will earn more points and thus have a higher overall DPC score – giving them an advantage over other teams competing for the same prize pool or title.

Thus, this indicator is an important component of the overall team rating and shows its success in the professional league Dota 2. Those teams that will have the maximum DPC can participate in major competitions or receive invitations to big tournaments without qualification.

Previous What Are the Advantages of eSports Over Real Sports?
Next Do You Have to Pay Taxes When Selling CSGO Skins: 4 Tips to Minimize the Tax