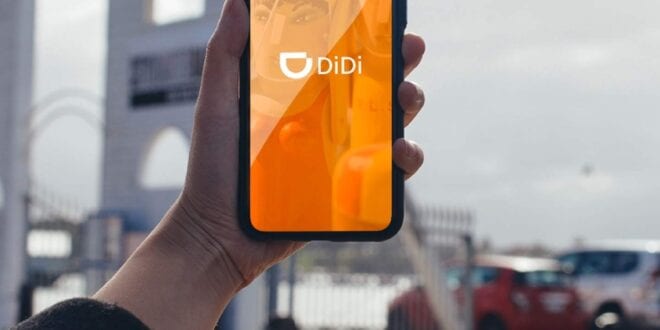 Didi Express Service landed in Russia, Opening a Hole for it to Enter the European market

Jeanette Iglesias 09/03/2021 Business Comments Off on Didi Express Service landed in Russia, Opening a Hole for it to Enter the European market 133 Views

Would you like to visit Russia? Don’t forget to get you a Russian invitation letter from VisaExpress first.

Didi Chuxing has already started operation in Kazan, and with discount and subsidy strategy, it has become the second-largest taxi service platform after Russia “Yandex. Taxi”.

On August 25, Didi Chuxing announced the provision of express services in Kazan, the capital of the Republic of Tatarstan, Russia.

It is reported that Russia is the ninth overseas market where Didi’s business goes online. Now, by launching the local express service, it has also opened a hole for Didi to gradually open up the European market.

According to Zhu Jingshi, Didi’s senior vice president and head of international business, Kazan is a vibrant city. The reason why it is Didi’s first stop in Russia is not only because it is the capital of the Republic of Tatarstan and the economic center. And an important transportation and tourism hub, it also benefits from the country’s largest Internet technology innovation industry zone in Russia.

Governments at all levels in Russia started their economic restart plan after the new crown epidemic stabilized, and Didi also stepped up preparations for Russian business. As its economic center and an important transportation and tourism hub, Kazan, the capital of the Republic of Tatarstan, has the largest Internet technology innovation industry zone in Russia.

According to reports, 2023 coincides with the China-Russia science and technology innovation year. In addition to the impact of the new crown pneumonia epidemic, Russia will start economic restart-related matters after May. “We also deeply feel the responsibility to continue to invest in safer, inclusive, and convenient travel. And local service.” Zhu Jingshi said, and Didi has also prepared for the launch of its business in Russia.

According to Didi, not only the official website of the government of the Republic of Tatarstan welcomes the launch of its business, but the president of the local government, Rustam Minnikhanov, also said that it will create good conditions for this Chinese company to invest in Tatarstan.

And Didi communicated with the local government on the cooperation prospects of the high-tech city Innovation City and the Innovation City University, and also discussed joint innovative solutions in the areas of traffic safety and travel services.

However, reporters further inquired about the size of Didi’s Russian team and the recruitment of local drivers. The official said it is not convenient to disclose it.

9 overseas markets have been deployed

At the beginning of this year, Cheng Wei, the founder and CEO of Didi Chuxing, proposed a growth strategy for the next three years: zero major safety incidents, a daily service of more than 100 million orders within three years, a domestic travel penetration rate of over 8%, and global monthly active users More than 800 million, and referred to as “0188”.

In addition to the growth target of global monthly active users, Cheng Wei also emphasized that the overall promotion of international business has also become the key to achieving the above goals.

The reporter learned from public information that Didi first started its internationalization in 2023. Up to now, two years have passed, and its overseas business has been launched in Brazil, Mexico, Chile, Colombia, Costa Rica, Panama, Australia, Japan, and other markets. During the interview, Didi’s international business revealed that on August 10, Didi opened 20 new cities in Australia.

According to official disclosures, Didi has not only launched mobile travel services in overseas markets, but also services such as food delivery and intra-city delivery. According to data, Didi has achieved 35% of the market size in major markets such as Latin America in two years, and has achieved a cumulative overseas performance of over 1 billion orders in one year.

Now, by launching its travel services in Russia, Didi will further seek expansion opportunities in the European market. “In the past few months, the recovery and growth of the global business has given us more confidence to develop in-depth.” Zhu Jingshi emphasized that Didi has now landed in 9 major overseas markets and will “carefully refer to the anti-epidemic and services in China and other regions in the future.” Experience, and further implement talent and product localization strategies.” In his view, Didi’s goal is not only in China, but also committed to becoming a trusted service platform in many markets around the world.

Didi is accelerating its international layout. Since 2018, Didi has carried out travel, takeaway, and intra-city delivery services in important markets such as Brazil, Mexico, Chile, Colombia, Costa Rica, Panama, Australia, and Japan.

Liu Qing, the president of Didi Chuxing, publicly announced in an interview with CNBC in May this year that Didi’s core online car-hailing business has achieved profitability. According to iiMedia Consulting’s data, Didi’s market share in China’s online car-hailing market has exceeded 60%.

However, Didi’s ambitions are not small. Cheng Wei, CEO of Didi Chuxing, previously stated publicly that Didi’s strategic goal for the next three years is to achieve 100 million daily global services and a global service user MAU exceeding 800 million. In the context of the saturation of the domestic car-hailing market, globalization and the international market are becoming important development directions and incremental markets for Didi.

Previous Top 7 Tips For Successful Sales Transformation
Next How to Find a Good Accountant for Cryptocurrency? 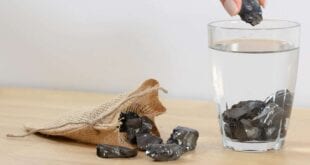 How to Clean Shungite and Why Should it be Done Regularly? 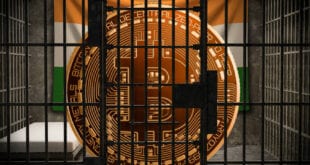 Countries Where Crypto is Illegal