Dennis Rodman aka The Worm is an American retired professional basketball player. He used to play for a number of teams, including the Detroit Pistons, San Antonio Spurs, Chicago Bulls, Los Angeles Lakers, and Dallas Mavericks in the NBA. He is known for his defensive skills and rebounding. Likewise, Rodman is also an actor and part-time wrestler. So, here is how much is Dennis Rodman net worth and what you maybe didn’t know about him.

Dennis Keith Rodman was born on May 13, 1961, in New Jersy. He is the son of Philander and Shirley Rodman.

Nevertheless, he grew up without a father figure as his father left the family. Philander Rodman moved to the Philippines and married another woman with whom he had several children. So, Dennis has many half-siblings.

Dennis was enrolled in South Oak Cliff High school and Southeastern Oklahoma State University. He was into basketball and started playing it in high school. When he was at university, he played at the Portsmouth Invitational Tournament, where he was crowned the Most Valuable Player.

Dennis Rodman’s first wife was Annie Bakes with whom he married in 1992. They had a daughter but divorced just one year after getting married. Then, he married Carmen Electra in 1998, but they got divorced just one year later. His third marriage was with Michelle Moyer in 2003, with whom he shared two children before even being married. However, the two separated in 2012. What is most known for all over the world is his visit to North Korea to befriend Kim Jong in 2013. Dennis was arrested a number of times for different reasons.

Before becoming a professional basketball player, Dennis had to work a number of jobs as he grew up without a father. So, he worked as a cleaner at the airport but quit the job as he was drafted in the 1986 NBA draft for the Detroit Pistons. He succeeded laying in the playoffs in 1987 and was part of the 1989 NBA season for the Pistons. Dennis was then named the Defensive Player of the Year. Then, the next season was even more successful as he recorded an average of 18.7 rebounds per game.

In 1993, Dennis became part of the San Antonio Spurs and two years later, he joined Chicago Bulls. He tallied a total of 80 games for the Chicago Bulls. Likewise, Dennis also played 23 games for the Los Angeles Lakers. He retired at 38 and the last professional team he played for was Dallas Mavericks. He has achieved notable success in his basketball career. He has also written five books and serves as a role model and motivation for young people who are into basketball.

When it comes to awards and nominations, Dennis has had several. Hence, he crowned NBA Defensive Player twice in 1990 and 1991. In 1992, he won the IBM Award and became an inductee in the Naismith Memorial Basketball Hall of Fame in 2001. He is also part of the top 50 players of all time list.

Dennis Rodman’s net worth is estimated to stand at over $1 million. Most of his wealth comes from playing for many NBA teams. Moreover, he has accumulated his net worth from TV show appearances, films, and endorsements. It is believed that if he hasn’t been arrested, his net worth would stand much higher. Likewise, his ex-wife filed suit to collect over $800,000 in child support in 2013. Dennis Rodman is one of the living legends of the NBA and can boast with enormous success. 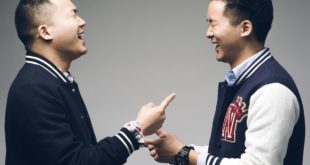