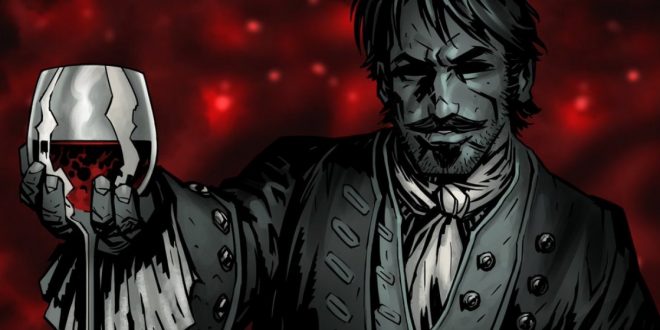 For all the ‘grown-up kids’ out there, video games are not only a pass time but a way of life. Who needs movies and songs when you’ve got video games like the Darkest Dungeon? And if you are a fan then you have probably already finished the game and are waiting for its sequel, is that right? Then this post is for you!

The sequel to this previously acclaimed video game is right around the corner so let’s take a peek into the theme for this new version. The game has been developed into a superior 3d version including a completely new metagame. The overall theme and background remain similar to the first version but not the challenges! In this apocalyptic world, you are the superhero to get your salvation. The game is up and so is the difficulty level.

With all-new challenges, bosses, monsters, and villains the Darkest Dungeon 2 is sure to exceed our expectations. The trailer from Unity itself has been gaining a lot of popularity guaranteeing the success of this powerful game as well. The director says this game is about “hope, determination, and grit.” It is about coming through the darkness and showcasing your most powerful vision despite the flaws in you!

The Red Hook team is pushing all their forces to make it happen for us. Don’t worry, your wait is almost over! Our favorite action thrill video game is all set to launch in the year 2023. It is said that the game will launch for early access this year on the Epic Games Store platform. Epic has been working on publishing more early access games since last year and, of course, Darkest Dungeon 2 is a part of it. Now, before you get mad at the exclusivity, the director has also assured the fans that there would be access to Darkest Dungeon 2 through Steam when they release version 1.0.

Well, if you are unfamiliar with this series, then, seriously, where were you? The Darkest Dungeon is based on a unique thought, caressing the psychological aspect of adventuring. You’re not playing with superheroes, rather your army consists of the most flawed characters you’ll ever see!  You can find the first part of this series on Steam, GOG, PlayStation 4, Xbox One, and the Nintendo Switch so you can begin playing before the sequel is released!

For curious souls like you who are just too eager, the Red Hook Team has launched a board game adaptation of Darkest Dungeon on Kickstarter. You can take up challenges and complete missions pretty much like the video game but with a board game twist.

The Darkest Dungeon series has quickly grabbed a high level of popularity. If you are a fan of horror, adventures, challenges, and thrill, then this series is the perfect pick for you. We absolutely can’t wait for the sequel but hey! Don’t get too excited. It’s said to be ‘challenging enough to be maddening’! Let’s wait and watch.

Previous The Paradise Season 3 Review and Release Date 2023
Next Benefits of Mining PKT & How to Do It: PKT Pal Helps – 2023 Guide