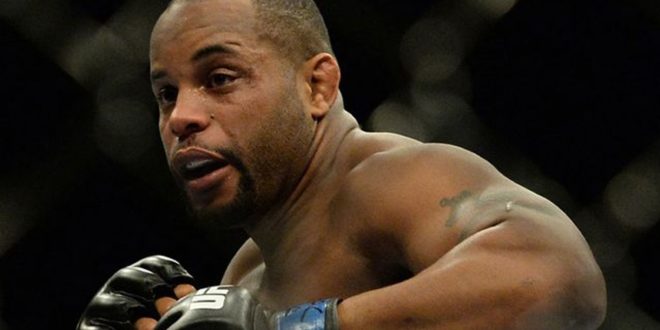 Daniel Cormier is an American who is a mixed martial artist. He is currently the champion of UFC and he was also once at the Olympics. He won the Strikeforce Heavyweight Grand Prix Champion. Daniel Cormier has never lost a match in his MMA career. If you are interested in the personal and professional life of Daniel Cormier as well as his net worth you need to continue to read this article.

Daniel Cormier was born in Lafayette, Louisiana, on 20th March 1979. After graduating from Northside High, he went to Colby Community college, but after some time he transferred to Oklahoma State University where he graduated with a bachelor’s degree in sociology.

Merry Christmas everyone from the Cormier Family! I hope you all have a wonderful day with the ones you love! Merry Christmas ? #Cormiers [email protected]

He had a daughter with a fellow athlete Carolyn Flowers, who died in an accident in 2003. He was married twice, once to a woman named Robin and after that, he married his longtime girlfriend Salina. The two of them married in June 2017, and they have two children, a son, and a daughter.

My goodness I just got this on Twitter. State championships my senior year. My goodness how time flies. Marquita and I have the same face lol. #memories #youngin #louisiana #lhsaa @peechypie I’m the kid in the middle crazies and 189lbs

Daniel began his career in martial arts very early when he was in high school and he started as a wrestler. He participated in many junior wrestling tournaments. On one of those tournaments, he was voted as the most outstanding wrestler. When he finished high school, he had a record of 101-9.

When he went to college, he continued to participate in wrestling tournaments, and he won Junior college National Championship twice. When he got his bachelor’s degree in sociology from University he decided to commit to wrestling and have a professional career.

When he was at the Oklahoma State University, he joined Division 1 wrestling team, and when he was 21, he participated in a national wrestling tournament. He reached the finals of the 184-pound weight class in the year of 2001.

After University he represented the USA at some international wrestling tournaments, and he held the title “Senior US national Champion” between 2003 and 2008.

In 2008 he was selected and appointed to be the captain of the wrestling team for the 2008 Beijing Summer Olympics, but he couldn’t participate because of his health, he had kidney failure and he had lost a lot of weight. But before that, he participated in Wrestling World Championships in 2003 and 2007, where he was in the top 5.

When he signed an eight-fight deal with the Strikeforce once of his opponents was John Devine.

Today we had the Reno world championships and I can’t tell you how proud of the boys I am. We won the 12u team championship. The kids are improving at a crazy rate. Here are some results from the morning Princeton Nunn-2nd, Jose Tellez- 2nd, Manuel Cacoilo-2nd, Daniel Cormier II -6th, Eli Mendoza-5th, Sarai Cortez-4th, Bradley Caygill- champion, Moses Mendoza- 2nd, Isiah Cortez-2nd, Travis Grace -3rd, Elijah Cortez-champion, Daniel Zepeda- Champion and Matthew Luna-2nd and all of our kids who competed did amazing we are so proud of them. Tonight we have Bryce Luna wrestling for 1st, Moses Mirabel wrestling for 5th and Zack Fierro wrestling for 7th. Great weekend all

Besides UFC he participated in many other tournaments and he appeared in some television programs as well. Some of them are Wrestling (2004), MMA Uncensored Live (2012), Countdown to UFC (2014), Mike and Mike in the morning (2016) and Speak for yourself (2016).

In his entire professional career, he lost only one match. He got several medals, two of them are gold from the Pan African Championship. In Pan American games he won a gold and a bronze medal. And at the World Championship in 2007 he won a bronze medal.

Everybody help me wish my baby Marquita a very happy birthday, she’s the meaning of life to me. So smart, sassy, athletic and loving. Just the sweetest little girl. I am truly blessed! Keep being the smartest and most beautiful princess ever. Thank u @Disneyland #disneyland pic.twitter.com/pQZXnq2r0E

Daniel Cormier’s estimated net worth is $4 million. Most of the money he earns is from participating in the matches. While he takes part in the UFC matches, he is paid per view. Daniel Cormier is a professional and an icon in the wrestling sports and we surely believe that he will be as successful in the future as he is now. 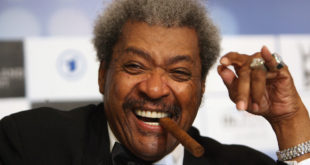 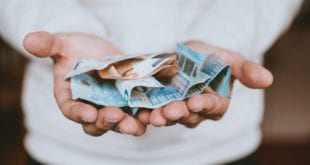