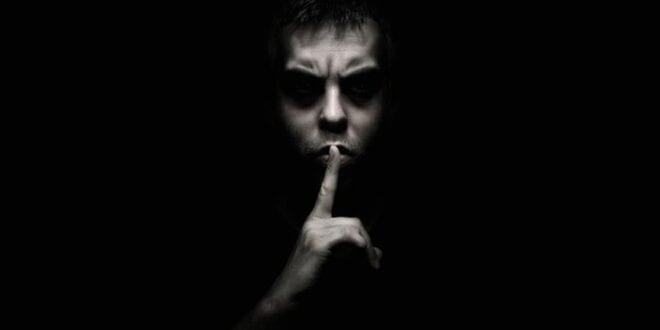 Let’s start with the definition and the creation of the term: a theory that explains an event or set of circumstances as the result of a secret plot by usually powerful conspirators.  Webster claims that the first use of the term was in 1871 and David Talbot claims that Robert Kennedy was America’s first assassination conspiracy theorist.  It is a loaded term used for derision and triggering the uninformed.

They say that the wildest lies are deeply set in truths. To some, and especially the deluded masses, conspiracy theories might sound illogical, but in real life, they can be as valid as any other rational explanation. From believing that Truman Capote wrote Harper Lee’s To Kill a Mockingbird to believing that Frank Sheeran killed Jimmy Hoffa (to be fair, De Niro does a great job at convincing us of it), people from all ages and all times, from all places and of all faiths believe in a number of conspiracy theories.

The problem begins when hard truth is seen as conspiracy theories and conspiracy theories (such as the WMD in Iraq that weren’t there) are taken as the truth. This blurring of lines causes confusion and could make people believe in the wrong things for a very long period of time.

Let’s take a very relevant and very recent example in the form of Ted Cruz. On Seth Meyer’s show, Ted Cruz was famously recorded proclaiming that there’s been no global warming in the past 17 years, that there’s data to back it up, and that this means global warming is a lie. What’s interesting about this statement and the facts used to corroborate it is that they are both: truth and a lie.

They are true because, in the past 17 years, temperatures have remained the same. They haven’t changed.

Data from before 17 years shows that global warming and climate change are very real concerns. Politifact has nicely “fact-checked” this Cruz statement and shown how it works. And it’s clever. So, what did Ted Cruz do? He cherry-picked facts to suit his narrative and built a convincing picture around it—a picture that many thought was attractive, unless you’re a seeker of hidden truth and won’t take anyone’s word for something you have not personally investigated.

How do Conspiracy Theories Form?

The process isn’t very different from what Ted Cruz did.

But to be rational and fair and not a lemming, we should note that conspiracy theories, while sometimes serve as lies or more often what is known as limited hangouts, they do often explain truths.  Due to how the term ‘conspiracy theory’ is disparaged in popular culture, the final product is often a warped, highly exaggerated version of the original: and that is also how truths sometimes work.

Truths, in being transmitted from one person to another, have subject and content added to and subtracted from them. Names get changed. For example, the “name” for the entity humans call “Satan” are wildly different in different religious texts. It was King James who first used the term “Lucifer” for the entity in his Bible, but he has other names too. He has been called the “morning star” in Isaiah 14:12. But in older Hebrew texts (and the Bible was originally written in Hebrew), he is called the Heleyl—or the shining one. But most people have never wondered how Lucifer, a Latin term, came about in the Bible that was written in Hebrew, long before the Roman empire ruled the alleged known world.

All these examples point only to one truth: that lies veiled in truths are truly dangerous things, because it’s difficult for you to sieve the truth from the lie. The best lie is 90% true.

Using Conspiracy Theories as a Weapon

If we were to name them, we’d call them the weapons of mass confusion. For, after all, those in power have discovered how conspiracy theories work. They know the potency and the long shelf lives of convincing conspiracy theories, and are seemingly busy in using them for their nefarious efforts for the control of popular culture.

Conspiracy theories work well when a ‘bad guy’ can be convincingly presented.  And those in power are exploiting this fear: they tell you, from time to time, that we must be afraid of and wage war against certain groups of people because they’re out to get us. Be it the Zionists, the Cabal, the Commies, or the Muslims. There’s always someone—and there will always be a human someone. Oceania must always be a war with East Asia or Eurasia—because if there are no distractions, people would find out who the real malevolent party out there is.

The Other Side to Conspiracy Theories

As everything goes with the world, things change. Once people begin moving towards enlightenment and began opening their eyes to the falsehoods and fallacies they are taught, they begin asking questions. And many who support the status quo aren’t too fond of these questions. Questions such as what is the government hiding in Area 51 or why do so-called terrorist organizations still continue to thrive, despite the decades-long war on these groups all around the world?

When enlightened people seeking the hidden truth begin asking intelligent questions, the supporters of the status quo and all the attendant secrecy becomes vulnerable.

“It’s a conspiracy theory;” they’ll loudly proclaim, and then laugh it off. They are, in effect, using an old and tired weapon of divide and conquer against us.

From UFO sightings to alien abductions, extraterrestrial agendas to spirit attachments, they can use this claim of “conspiracy theory” to dismiss anything, no matter how important, or insufficient the mainstream explanation might be.  But should that be the end of it?

Fighting Back is not the Answer

Just because those in power with secrets to hide their nefarious agendas are having a field day with their distortions parading at times as conspiracy theories don’t mean you have to fight back. For truth seekers, perhaps like you, it’s time to understand that the human family is not healed in the division.

Read up from informed resources and listen to what other truth-seekers like you have to say. Reach out to spiritual healers and a very special channeler to confirm if you’re convinced that healing is needed.  You know that you’re not alone on this quest. There’s power in unity, and joining a forum that brings together truth-seekers is a great way to learn more about healing and the path of truth.