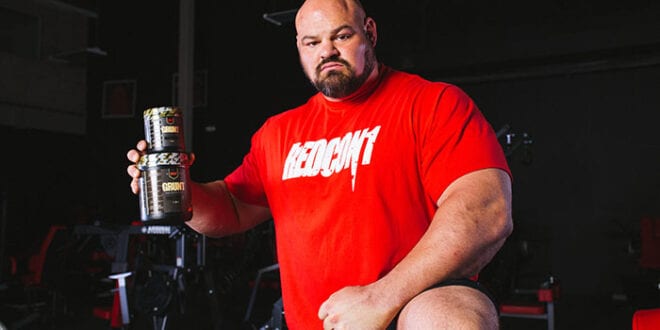 Brian Shaw Net Worth 2023 – How Much is American Strongman Worth?

Brian Shaw is one of the strongest people on this planet. He is also one of the most successful strongmen competitors.

Born in on February 26, 1982, in Fort Lupton, Colorado, Brian is the son of Jay and Bonnie Shaw. During his high school years, he played basketball and even got a full basketball scholarship for Black Hills State University. He graduated in wellness management. Even while playing basketball, he was training with weights. He often described the weight room as his favorite place. Shaw reflected on his beginnings in powerlifting: “I’ve always been able to do this. The biggest tire, the heaviest stone… I’ve always been able to walk up and lift it. Odd strength is what it is, not weight-room strength. It’s brute strength.”

MONDAY MOTIVATION?? – Monday’s have turned into one of my favorite days of the week because it’s always fun to start a new week with new goals to accomplish. Lots of big things to get done this week and I’m excited to keep moving forward! – Throwing around the 130’s very easily…maybe easier than I ever have for seated shoulder press. I’m thinking all of this bench training I have been doing will have a big carry over to my overhead press with how easy these are moving…excited to find out! – American Bred shirt is available on Shawstrength.com and wrist wraps/cuff are available from @evolutionathleticsgear – @trifectasystem @roguefitness @getnewage @probodycoach @jailhousestrong #shawstrength #evolutiontowardsgreatness #begreat

In 2005, at the age of 23, Shaw entered his first strongmen competition. It was the Denver Strongest Man event. At the time, he had no formal training but still managed to win the first place. He liked what he saw and seven months later, he turned pro. In 2009, he was the only man to lift all six Atlas stones at the Strongest Man on Earth competition in Canada. He finished third. In the same year, he won the World Strongman Super Series in Romania.

Later, he competed at World’s Strongest Man in Valletta, where he finished third. It was the first time he went head to head with legendary Žydrūnas Savickas from Lithuania. The two of them butted heads for years. At first, Savickas was more successful, but Shaw finally managed to beat him in World’s Strongest man in 2011.

Until now, Shaw has won four World’s Strongest Man competitions (in 2011, 2013, 2015, and 2016). He was the first competitor to win both the Arnold Strongman Classic and the World’s Strongest Man in the same year, something he achieved twice, in 2011 and in 2015. He won the Arnold Strongman Classic and has six titles in Strongmen Super Series, as well as being the overall champion in 2009 and 2010. He won two Giants Live events, in 2010 in South Africa and in 2011 in London. In total, he has won 18 titles in various strongmen competitions.

Apart from his strongman career, Shaw owns several successful companies dealing with nutrition and supplements for athletes. He also has a YouTube channel called ShawStrenght. It is among the fastest going channels in the strength category. It has 1.3 million subscribers and over 200 million views. It is estimated that YouTube alone earns Shaw between $400,000 and $500,000 a year, before taxes.

Brian married Keri in 2015. She is a fitness trainer They have two sons, Braxton and Kellen. They live in Brighton, Colorado.

Brian has made a nice sum of money in his career. He has won over one million dollars in prize money, not counting sponsors and his own businesses. Brian Shaw Net Worth in 2023 is estimated at $15 million.

Previous Nino Brown Net Worth 2023 – American Rapper and Author
Next Cures for a Broken Heart: Advances in Cardiovascular Medicine – 2023 Guide What Are the Pros and Cons of Living in a Retirement Community?