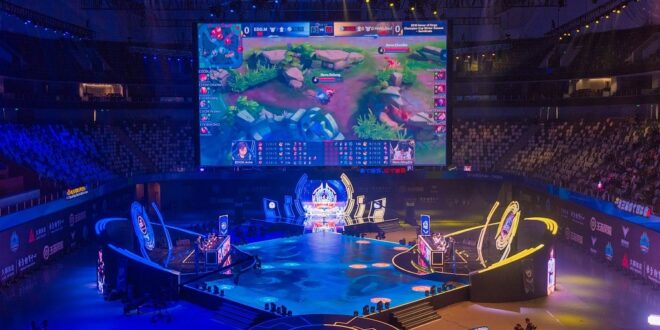 4 of the Biggest Video Game Tournaments in the World

Video games have grown even more in popularity in recent years thanks to the lucrative nature of professional video game tournaments and the huge amounts of money that can be made if you decide to become a professional esports player.

In this article we’ll be exploring the 4 of the biggest video game tournaments in the world, giving you the lowdown of each and telling you absolutely everything you need to know. Whether you’re a hardcore gamer who loves live events or a casual fan, somebody who instead prefers to play casino games on websites like BetMGM, we’ve got you sorted.

The International is an annual Dota 2 event, organized by game developers Valve Corporation. It is the largest and most prestigious Dota 2 tournament in the world, with the prize pool for 2023’s event reaching a record-breaking $40 million. The event takes place at a different location each year and usually attracts around 15,000 spectators.

The tournament is open to any team of five players from around the world, with invitations being sent out to the best teams based on their performance in qualifying events. 16 teams are then placed into a double-elimination bracket, with the winner taking home the lion’s share of the prize money.

The International is a massive event that always draws in huge crowds, with the most recent edition of the tournament was no exception. The event was held in Bucharest, Romania, and featured some of the best teams in the world battling it out for their share of the $40 million prize pool. In the end, it was TSpirit who emerged victorious, defeating PSG in the grand final to take home a staggering $18 million.

The League of Legends World Championship is a huge gaming tournament organized by Riot Games. It is the biggest and best League of Legends tournament you’ll see in the world, and because of this, there’s a large prize pool, with 2023’s event reaching a staggering $2 million.

The tournament is highly prestigious and so making it to the event itself is no easy task, with only the best of the best being good enough to feature. What you’ll see if you attend therefore is the best League of Legends players in the world, who are at the peak of their powers and unrivaled anywhere else in the world.

The League of Legends World Championship is always an incredibly exciting and fast-paced spectacle, with some of the best teams in the world battling it out for their share of the huge prize pool. In 2023, it was Edward Gaming who emerged victorious, defeating DWG KIA in the grand final to take home $489,500.

The Fortnite World Cup was a tournament organized by Epic Games, the developers of the game. It was one of the biggest gaming events ever run and has a huge $30 million prize pool on offer. It was set to be a recurring event but world issues prevented it from taking place since its 2019 debut, though that should soon change.

The tournament was open to any player from around the world who met the eligibility requirements, which were that you must be 13 years of age or older and have a valid Epic Games account. From here, players had to compete in online qualifiers to earn their spot in the finals which were then held over the course of a weekend.

The Fortnite World Cup drew in absolutely huge crowds and plenty of interest thanks to its large prize pool and status as one of the biggest tournaments in the world for the massively popular video game Fortnite.

It was Bugha who emerged victorious in the solo tournament, taking home a whopping $3 million for all his hard work, whilst Aqua and Nyhrox were crowned champions of the duo’s tournament, earning themselves $3 million between them.

The Overwatch World Cup is an annual tournament that’s run by game developers Blizzard. It’s definitely the biggest Overwatch tournament in the world and so understandably attracts a huge amount of interest, partially thanks to a large prize pool of $200,000 on offer. The event usually takes place at BlizzCon but has been held online for the past two years due to world events.

Unlike many other gaming tournaments, players had to compete in online qualifiers to earn their spot on their respective national teams. These teams then battled it out at BlizzCon or online, with the aim of becoming champions. This added another sense of competition, with many different nations having bitter and long-standing rivalries on the line.

It was Team USA who emerged victorious in 2019, having defeated China in the grand final to take home the big cash prize. It came as a shock to some, with many expecting Team South Korea to put up more of a fight, though they were able to scrape a third-place finish, in the end, thanks to a win against the tournament dark horses Team France.

Esports is the fastest-growing kind of contest on the globe. It brings together professionals and novices, as well as die-hard fans, for some of the most exciting competitive games ever created.

Even though a huge amount of money is coming into esports, it’s difficult to evaluate how profitable the whole thing is right now. But one thing is certain: the audience will be present. Twitch, YouTube, and ESPN have all paid millions of dollars to get the rights to broadcast these tournaments.

Attending one of these tournaments is often a once-in-a-lifetime opportunity. If you really want to compete, it’s a great way to put your talents to the test against the finest in the world. There are plenty of buzz moments even if you just want to observe. 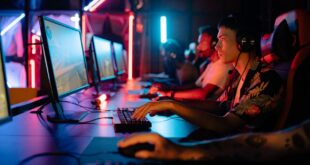