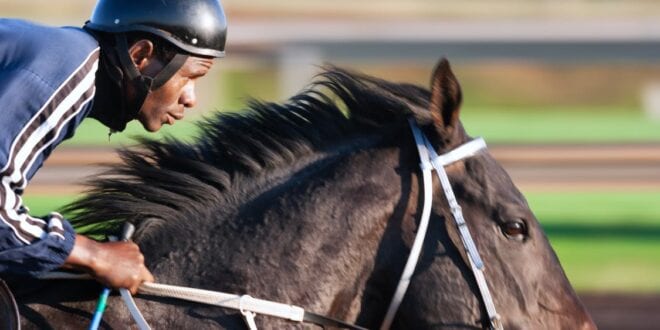 Horses as among the fastest and most powerful animals in the world, and it’s no wonder people domesticated them ages ago. A noble animal, as it’s often called, is rarely used for heavy duties anymore, but its prestige is preserved in horse racing. This sport is called the sport of kings, and it is for a reason. The prizes that come on the biggest races are staggering. Only the best of the best are allowed to participate, and even then, you can’t tell who will be the winner. It’s no wonder the bettors love to invest in horse racing. We are here to give you a sneak-a-peek into the five most significant horse racing events in the world. We didn’t base our list solely on the prize, but we factored in other elements such as history, prestige, location, and significance.

Let’s start with one of the biggest if not the biggest horse race out there. The first Saturday in May is reserved for this; even for so many years, we stopped counting. If you have never been there, you should go to Churchill Downs Racetrack, Louisville, Kentucky, USA next year and attend this once in a lifetime time derby. The dirt track we’re talking about is 1.25 miles long, and the one who crosses the finish line first takes home approximately $3,000,000. While this is not the most oversized purse in horse racing, it doesn’t take anything from this race’s prestige. For many people, the first association with this sport is precisely the Kentucky Derby. While a two-minute drill in the Super Bowl is an exciting two minutes, most pundits agree that the prize for the most amazing two minutes in sports goes to this race. The run for the roses as it is nicknamed has been around since 1875. It is the first race of the American Triple crown, and it can be compared to the Epsom Derby without offending anyone. Twice in its history, it has happened that a horse run under two minutes, and the fastest to do it is named Secretariat. Americans love to bet on this race, and it was recorded half a decade ago that they wagered around $133 million only on this race. If it remained unclear, it is called the run for the roses because the winner gets clad in flowers upon winning the Kentucky derby.

After Kentucky, you only have one month of break, as the next big thing in Epsom Derby occurs every year in the first week of June. This one is running on turf, and it is a bit longer than the previous one as it stands at 1.5 miles. The one jockey who manages to come out on top among the heavy competition carries home up to $2,000,000. If we look solely at the prize’s value, this is without contest the biggest horse race in the United Kingdom. Of course, it is not only about the money, as Epsom Derby has a long history dating back to 1780. The race as this one is considered a classic as it only allows the participation of colts and fillies old at least three years and thoroughbred. It is the central point of the English Triple Crown being positioned between 2000 Guineas at Newmarket and St Leger at Doncaster. We can consider this race as a Royal one as members of the Royal family often attend, and one of the stands is even called the Duchess’s Stand.

After the United States and the United Kingdom, we’re going to the far east and give you a few details about the Japan Cup. This race is 1.5 miles long, and it is run on the turf at Tokyo Racecourse, Fuchu, Tokyo, Japan. It carries a more oversized purse than the two races above as it offers $5.8 million to the winner. People of Japan and Asia are fascinated by this race, as they should be – it is one of the world’s premium races. While the prize is there, it lacks the history and prestige of the two races above as it was established only in 1981. Many will disregard this due to the high stakes associated with the Japan Cup. It carries a specific set of rules as it doesn’t allow more than ten foreign-trained horses in a lineup. Similarly, it is opened to horses older than three years. It is a race that is hard to won, which is confirmed by the fact only one horse managed to win it twice – the Gentildonna.

You have another thing to look forward to in March in addition to Spring. This race is held on the last Saturday of March when the Spring is starting. This cup is held at Meydan Racecourse, Dubai, the United Arab Emirates, on a dirt surface, and it is 1.25 miles long. The prize is a staggering $12 million. This is one of the most valuable races in the world of all kinds, and it’s no wonder that World Cup night at Meydan holds a unique place at the Dubai World Cup, but also in the world of sports racing. This race only allows breeds from the South Hemisphere older than three years. For those from the Northern Hemisphere, the requirement is that they are older than four years, and the races, including them, are held on the same card as the Sheema Classic. This is another race that is hard to win, as only one horse did it twice – the Thunder Snow. It is a race with the least tradition on this list, dating back only to 1996.

The first Tuesday in November is reserved for the turf race in Flemington Racecourse, Melbourne, Australia. This event is dubbed as the one that stops an entire continent. It comes with a 2 miles race track and a $5.3 million purse. Victoria Racing Club set the weights on the horses participating, all of which need to be older than three years. The goal of this race is to test the stamina of the horses. It is another event with tradition as it dates back to 1861. The horses that participate come from all over the world. This race has a triple winner in Makybe Diva, who won in three consecutive years back in 2003, 2004, and 2005.

If you are prepared to venture into the world of horse racing you can see previews for the events here. 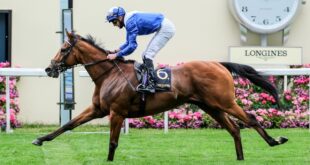 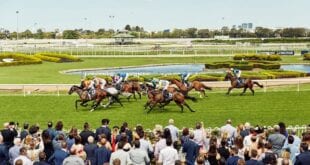 Is an Expensive Horse Racing Track Restaurant Worth the Price?