10 Best Toyota Diesel Engines Ever Made – Reviewed By Experts 2023

The first thing that comes to people’s minds whenever they think of “Toyota” is Quality. If this company is known for anything, it can build reliable vehicles that stand the test of time. And of course, inside every superior car is an excellent engine.

The durability of Toyota vehicle engines is top-notch. However, a lot of Toyota engines have won several awards, and Long term quality index analysis indicates that the brand “Toyota” is among the top rank brands.

In high esteem for Toyota’s powerful engines, we will take a look at some types of Engines from Toyota.

This engine consists of a 1.8litre incline 4-cylinder, which has been in production since the year 1999. The engine was manufactured by Toyota till the year 2006, after which Lotus took over to build the engine through the year 2011.

The 2ZZ-GE is an aluminum engine that was used in several Toyota cars; the most common was Celica GT-S and the Matrix. Depending on the vehicle and the model year, this 2ZZ-GE can produce a horsepower of up to 190.

This engine has gathered a bit of cult as it is easy to upgrade, easy to source, and strong, despite its displacement and small size. The 2ZZ-GE is swapped often into the “Toyota MR2 spyder” 2000-2005.

This is the Toyota’s Supra prominent turbocharged inline 6-cylinder. Exceedingly strong, it features aluminum heads, a cast-iron engine block, and possibly, the fastest acceleration ever in a turbo game.

Manufactured between the years 1990 and 2002, 2JZ-GTE is extremely desirable. A lot of them are purchased from Japan, from which they are swapped into customized vehicles.

This engine helped to solidify the reputation of Toyota for manufacturing reliable and sturdy vehicles. Initially built in 1982, this engine became the standard alternative in 1984, on 4Runners and Toyota pickups. They continued to provide the engine in their 4Runner and trucks through 1995.

This engine, which was first manufactured in 1953, was the final version of the “R” series of Toyota engines. The “R” series has a long history, just like the Chevrolet’s V8.

This engine is seen in only one vehicle, which is the “Lexus LFA.” This latest Toyota car is a technological masterpiece. Built with the exclusive 1LR-GUE V10, the LFA was assembled by hand, with limited production.

Like the other Toyota engines with high performance, this particular engine was developed together with Yamaha. The 4.8L 1LR-GUE gives rise to 553 horsepower, with a design to race. Stuffed inside the LFA, this engine thrust the vehicle to a top-five finish in Nurburgring in 2011.

These are two modifications of the same primary aluminum design. The two of them feature dual overhead cams and aluminum heads.

This GR series is the most common Toyota engine and can be found almost everywhere from a Toyota Tundra to a Toyota Camry. The vast use of this GR series is evidence of durability and design.

TRD provided a supercharger kit for this engine that added an approximate of 60ft-lbs and 65hp of torque. The 305-horsepower direct version of the 2GR-FSE won an award for four years straight.

This is one of the latest engines of Toyota. It is a super productive 4-cylinder 2.8L engine. It produces 330 ft-lb of torque and 174hp. This engine can be found in Toyota Land cruisers, SUVs, and Hilux trucks.

The IGD produces 25% toque while being 16% fuel economical. NOx emissions reduced by 99% using SCR, which is an acronym for Selective catalytic reduction.

Manufactured through 1970 and 1985, these engine series brought about Toyota’s rise to stardom. With decent performance, excellent fuel efficiency, and bulletproof reliability, this series of engines was provided in the Corona, Celica, and Camry. The reliability of the engine is second to none, and a lot of them can be seen on the road today.

This series was manufactured from 1980 to 2006, with lots of variations. All the engines featured 1.8L – 2.2L of displacement, an aluminum head, and a block of cast iron. Below are a few highlights:

2B And 3B Diesels

However, this list would not be complete if we don’t mention the B series of diesel engines. While they are not the most robust engines offered by Toyota, the 3B and 2B can last up to half a million miles. The 3B and 2B engines mostly found on land cruisers, provide an excellent fuel economy even by the standard of today.

The 3B diesel was offered in the Land Cruiser 60 series. Basically, the 2B and 3B are the same engines, but the 3B engine has a lower cleaner emission and compression ratio.

Toyota engines are formulas for recent generations with a variety of reliable engines. With the engine’s smooth and linear performance through its powerband, stellar efficiency, and power delivery, they are certainly a versatile brand. 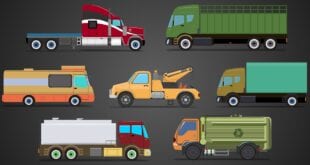 Cash For Trucks Allows Selling Your Vehicle with Fast Money