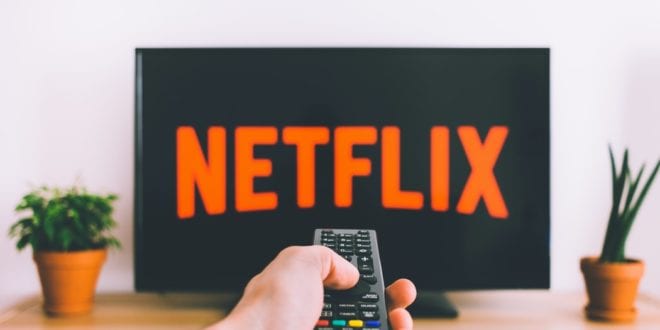 Now that the world is in pause because of a pandemic, maybe you can catch up on the latest TV shows or films online. Just wear your most comfortable clothes, relax on your couch, and put on a good show.

Out of all the choices on the streaming platform, here are the best fifteen we recommend you watch ASAP! This list is a mix of series and TV shows that are sure to make you laugh, cry, and excite you for the next episode or season.

Inspired by real events, Unbelievable tells the story of a teenage girl who was accused of lying about being sexually assaulted. Its timely and relevant story is presented very well in this drama miniseries. The show tackles the implications of harassment on the life of a teenager.

Standing for the “Gorgeous Ladies of Wrestling,” this TV show depicts the lives of struggling actresses as they navigate their lives in the 1980s. It is as fancy as you can imagine. The story tackles the twists and turns of friendships and relationships among women in this crazy world. The series has been renewed for its fourth and final run on Netflix.

If you want to feel like you’re part of the royal family, then you should watch The Crown. The show follows the story of the ruling monarch of the United Kingdom, Queen Elizabeth II. Plotlines started from the Queen’s marriage to Prince Philip of Mountbatten stretching through the current leadership and family life of the Royal Family.

Oh, look at you. Here you are enjoying this show, which is about Joe, who falls madly and crazy in love with a woman in the busy streets of New York. A second season was released and revolved around Joe and his similar ways of falling obsessively in love in Los Angeles. His unbelievable means of courtship and expression make this psycho-thriller a must-watch.

Mad Men is about an advertising agent in Manhattan set in the 1960s. The story progresses and shows how one’s past molds his personality, making him into a confident, strong-willed brute he is. His fight to project himself in his profession makes him one of the Mad Men or the “Madison” men in the industry.

American Horror Story is one of those shows that you will not forget and haunt you in your sleep. Running for nine seasons, the show presents different storylines of horrifying and terrifying stories that are sure to scare the light out of you.

Its varying plotlines per season makes AHS a fan favorite of horror enthusiasts. The show never fails to give its audience the scare they are looking for with supernatural forms that humans fear the most.

Winning as the Best Comedy Series in the 2019 Canadian Screen Awards sure proves this show is a laugh-worthy one. You can watch the family adjust from their once luxurious posh lifestyle to their ragged living in the town. The show runs for six seasons first airing in 2015 and recently ended this April 2023.

Black Mirror is a must-watch as it tackles the consequences of the development of technology. It is presented in a futuristic tone. The show’s creators aimed for the show to help viewers peek into the way and outcome when humans and its innovative creations interact. Each stand-alone episode depicts how dark the world is in the light of technological innovation and enhancement.

Teenage life can be very challenging and full of drama. Part of this exciting journey is exploring one’s sexuality. Sex Education is the show that courageously tackles that phase of life. It does not cut some slack on the reality behind the ways that teenagers explore and experiment with their bodies.

A poor school setup on sex education is tackled by the show, posing its importance and its implications in the lives of people. An entertaining and amusing show tackling relationships with friends and family, Sex Education is a relatable and must-watch on Netflix.

Have you ever thought of what may happen when you die? Well, you can just watch this feel-good comedy series to tell you what happens when you go to “The Bad Place” and “The Good Place.” Ending last January 2023, the show has run for four epic and rollercoaster seasons.

The first season may leave you with a hanging question. However, as you watch the succeeding seasons, things will make sense. You will find following the life and death of the four main characters as quirky and exciting. If you watch this, you’ll feel like you’re in The Good Place.

One of the most-watched series on Netflix, Stranger Things, has been running since 2016 and has continuously drawn acclaim from its audience. The powers and abilities of the characters and the story surely hooked viewers to defeat entities with Eleven and the gang.

Stranger Things took its science fiction and 80’s setting and story to the inspiration of conspiracy theories and pop culture references in the last two decades. When a character dies in the show, the audience deeply mourns over the loss. What are you waiting for? Check this show out on Netflix and understand why people are so crazy about this series.

Following the story of a family participating in a gangster, Peaky Blinders is set after the first World War. As the show progresses, you will be watching the family expand its connections and enemies in the world of mobs and gangs. Ride along with the group as they journey through a dangerous and violent dark world.

There’s more to cheerleading than its tosses and tumbles. This is what Cheer exhibits as it was initially released in January 2023. It takes a look at the life of a cheering squad as they prepare for a national cheering competition. The surprising twists and turns of the team make you want to cheer them on and watch them jump their way to the top of the pyramid of success.

If you think that humans and talking animals can’t live together, then you should watch BoJack Horseman. The lead character, BoJack, a horse, is an unsuccessful actor who is struggling with life as he is a father to three human orphans.

His journey into stardom, along with the funny antics of his friends and acquaintances, makes this unbelievable show entertaining for its audience. It is also very relatable to many people who are navigating their way through life. The show ran for six successful and amusing seasons until 2014.

Confidence is something one can give others. Queer Eye is about five gay men who are out to change the lives of other people, especially straight men, with fashion, grooming, and more. The makeover of the show’s participants may help you gain confidence and hope for the better for yourself. All you have to do now is sit and enjoy Queer Eye.

Netflix doesn’t fail to provide entertainment and comfort to all its subscribers. These shows are just proof of the quality of the content on their streaming platform. If you’re looking for discounted deals to watch Netflix, then visit couponlawn.com for more information. You won’t be left behind on the series train of the shows on Netflix. 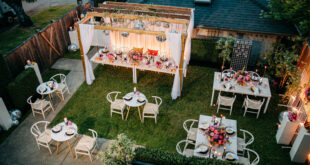