The Best Movies on Peacock to Watch Right Now

The fairly new streaming service is packed with many great comedies, dramas, and even a few blockbusters.

It’s a weekend, and you are sitting on your couch trying to figure out what movies to watch on Peacock; then don’t worry; we have compiled a list of the best movies on Peacock to watch right now.

Peacock is an American over-the-top video streaming platform provided by NBCUniversal, which is part of Comcast. The service launched on July 15, 2020. There is a huge variety of content on the service, including series and films from NBCUniversal Studios as well as third-party content providers; news and sports programs etc. You can use the free version of the service with limited content, which is ad-supported. In contrast, premium tiers offer access to a larger content library and NBC Sports and WWE Network.

Peacock has much more to offer, so there is something for everyone. But for your convenience, we have prepared the list of top 5 movies to watch on Peacock right now. So without further ado, let’s dive in.

Genre: Biography/ Drama/ History
Year: 2019
Writers: Nathaniel Rich, Mario Correa, Matthew Michael Carnahan
Director: Todd Haynes
Runtime: 2h 6m
IMDb Rating: 7.6/10
Cast: Mark Ruffalo, Anne Hathaway, Tim Robbins
Synopsis: A tenacious lawyer uncovers a dark secret connected to the unexplained deaths of a growing number of people who work at one of the world’s largest companies. But, while trying to reveal the truth, he soon finds himself risking his future, his family and his own life.

Genre: Horror/ Mystery/ Thriller
Year: 2012
Writers: Scott Derrickson, C. Robert Cargill
Director: Scott Derrickson
Runtime: 1h 50m
IMDb Rating: 6.8/10
Cast: Ethan Hawke, Juliet Rylance, James Ransone
Synopsis: A true-crime writer named Ellison Oswald (Ethan Hawke) hasn’t had a bestseller in over ten years, and he is getting increasingly desperate. Therefore, when he discovers the existence of a snuff film about a family’s death, he vows to unravel this mystery. So he moves his family into the victims’ house and gets to work. However, When he encounters old film footage and other clues that suggest the presence of a supernatural force, Ellison becomes aware that living in the house could be fatal.

Imagine, like Ethan Hawke, you find out later that Peacock isn’t available outside the US. Don’t worry; It doesn’t make your subscription useless. Suppose you are travelling outside the US or living in another country like Canada, the UK, Germany, etc. StreaMaestro can make it possible for you. So, check it out to unlock your favourite streaming platform in Canada or anywhere around the world and enjoy your favourite movie.

Additionally, there is his alcoholic father (Tom Bower), boozy wife (Jennifer Coolidge), and promiscuous girlfriend (Eva Mendes). And He has just been assigned a rookie partner (Shawn Hatosy).

After pulling himself back from the edge of insanity, Terence must investigate a series of murders that is causing the city to have a fright. 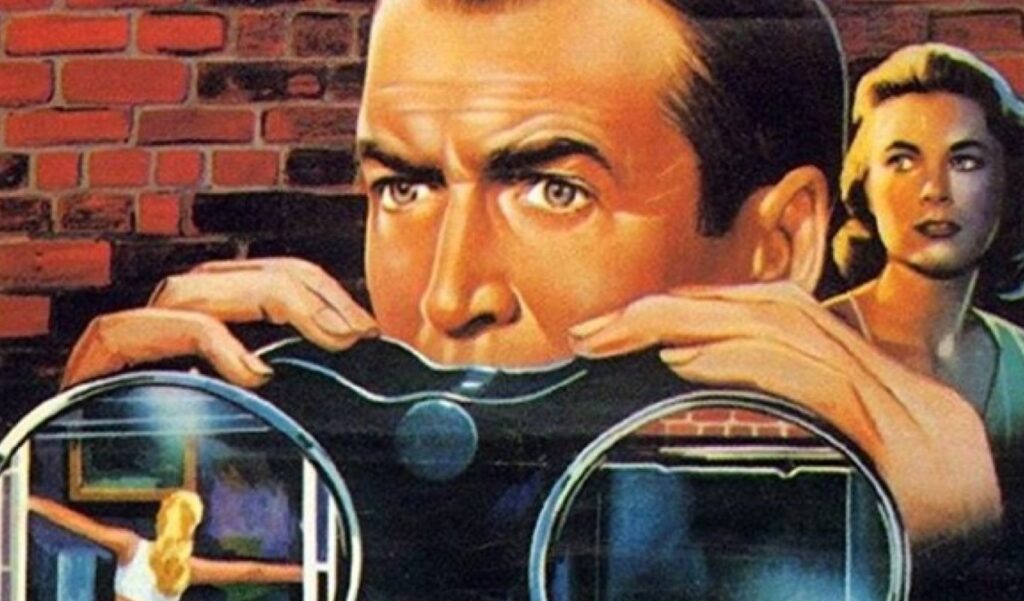 Genre: Mystery/ Thriller
Year: 1954
Writers: John Michael Hayes, Cornell Woolrich
Director: Alfred Hitchcock
Runtime: 1h 52m
IMDb Rating: 8.5/10
Cast: James Stewart, Grace Kelly, Wendell Corey
Synopsis: It’s the story of a struggling news photographer who witnesses a murder. He has been confined to a wheelchair due to an accident. He spends his time watching the occupants of neighboring apartments with a telephoto lens and binoculars, gaining the conviction that a murder has taken place.

Peacock has an extensive film collection, from old classics to new blockbusters. Along with movies, it also features live programming, such as the summer and winter Olympics. So, It should be a fun weekend for you.

However, don’t forget to let us know which movie you like most and what you want us to include in our top 5. One thing that you should keep in the mind here is that Peacock TV is not available in the regions outside US. The content policy that Peacock TV has added has resulted in this geo-restriction. Furthermore, these policies are pre-defined, and at the time of writing, Peacock TV only enables people from the United States to access the channel.

Any other users from outside the United States are denied access. Though Peacock TV is not the only channel that follows the geo-restrictions policy, many others do as well, including HBO Max, Hulu, BBC iPlayer, and others. Using a VPN, on the other hand, is a way to get ahead of the game. A VPN will alter your geo-graphical location, allowing you to access any of these channels in places where they are geo-restricted. So, based on what we’ve read, the simplest solution is to utilize a VPN.