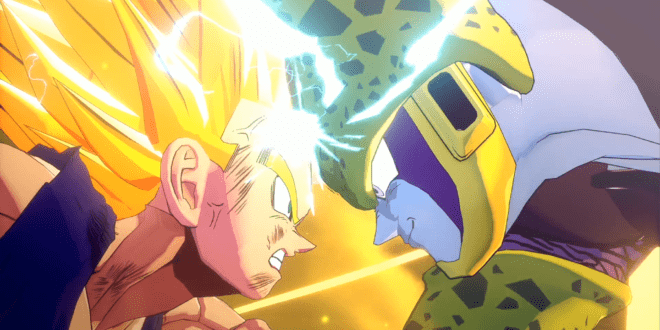 Dragon Ball is probably one of the most recognizable franchises around the world. It holds popularity on multiple continents and is one of the most important titles to play a role in popularizing Japanese anime in the Western culture.

Naturally, franchises this big extend beyond their original domain across multiple mediums and Dragon Ball is not an exception. One of the domains Dragon Ball inhabited was, of course, video games, and there are plenty of the DBZ gaming titles on the PlayStation 4 that you – as a fan – should definitely try out! If you’re interested in acquiring the following titles whilst using a cheaper gift card – click here.

While the game has yet to come out, you can still use a PS4 gift card to increase your PSN account funds and prepare for its promising release. The latest Dragon Ball Z video game is going to be an open-world action RPG with 3D arena fighter elements.

The player will be able to enjoy the campaign not only as Goku but also as other iconic DBZ characters like prince Vegeta, different age versions of Gohan, the lone warrior from a post-apocalyptic timeline – Future Trunks, the fierce Namekian fighter Piccolo and the overpowered fusion characters like Gotenks and Vegito. It‘s possible that the game will introduce even more characters with DLC, therefore PS4 gift card will definitely come in handy.

The game features 3 single-player campaigns that tell an original story, characters that are not only distinct in appearance but also in playstyle and gameplay based on controlling a custom team of characters with the player constantly shifting between them mid-combat.

However, its gameplay hasn‘t aged at all and neither did an amazing amount of content which includes characters from different continuations of Dragon Ball. Expect to see Super Saiyan 4s, Gods of Destruction and Xenoverse Makaioshins all in the same game! On top of that, you‘ll be able to create a custom character choosing from 5 optional races: Saiyan, Human, Namekian, Majin and the Frieza race.

Using a PS4 gift card you can obtain the sequel to Xenoverse 2 just as easily. Very much like it‘s predecessor Dragon Ball Xenoverse 2 is a 3D arena fighter with RPG elements. Once again you‘ll create a custom character and join the Time Patrol – a time-traveling police force that protects DBZ history from distortions caused by the villains. Single-player campaign and side-quests aside, you‘ll be able to play as traditional DBZ characters as well.

This is possible through activating the arcade mode that can be found in a massive Xenoverse 2 social hub city of Conton. Xenoverse 2 also has many DLC characters available with a PS4 gift card, including Android 21 from Dragon Ball FighterZ!

This game was Jump Force – a 3D fighting game crossover between Dragon Ball Z, Yu-Gi-Oh, Rurouni Kenshin (also known as Samurai X), Hunter x Hunter, Bleach and One Peace just to name a few. The game released on multiple platforms, including PlayStation, therefore it is accessible to owners of a PS4 gift card.

First releasing in 1984, by this point the Dragon Ball anime and manga – originally created by Akira Toriyama – has brought up multiple generations of kids. Many of us grew up secretly believing that it is possible to transform into a Super Saiyan or release a Kamehameha wave.

While these things are not possible in real-life (as far as we know) they are without a doubt possible on the PlayStation 4 console! In that way, using a PS4 gift card to increase your PSN account funds is the same as charging up Ki (life force energy) in the DBZ series. So, power up and fight against impossible odds to surpass your limits, just like Goku and his friends did time and time again!