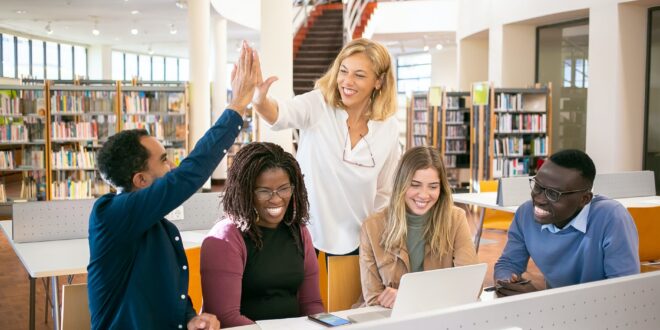 Best Colleges in and Around Washington DC

Washington, DC, is one of the most important cities in America, the nation’s capital and political seat of power. The city itself is home to many government employees and figures, as well as families and young professionals. It is a city full of many opportunities. A place that has something to offer for anyone who wants to advance in their career or education. Washington is arguably one of the few major centers in America that moves the country forward and works on the development of the country, especially from an educational point of view taking into account the fact that a huge number of young people decide to study in Washington.

Those looking for quality education need not look beyond the DC area, as it provides ample opportunity for top-tier education. According to apartmentguide.com, the scenery and culture are also a perk and something to note whether you’re in town looking at Georgetown apartments for rent or scoping out the latest restaurant near Capitol Hill.

The central and northern United States has a lot to offer. Especially those departments have a lot to offer when it comes to universities that are open to young people to get the appropriate education they need. This university is also one of the top offered universities. Georgetown is a private Catholic school that is consistently ranked among the best universities in the country. It is a highly selective institution that offers degrees in 48 disciplines. There is an average of 7,500 undergraduates enrolled, along with 10,000 post-graduate students.

Georgetown is most known for its Edmund A. Walsh School of Foreign Service where students are taught to become committed leaders in global affairs. The McCourt School of Public Policy is one of the top-ranked in the country. The opportunities are great for every young person who comes here to be educated, so if you want to be part of this educational institution then the doors are wide open for you.

Howard is a private, historically black research institution that offers undergraduate, graduate, and professional degrees in more than 120 programs. The university of programs for learning and upgrading the education and knowledge of young people is the biggest trump card of this university, which with all its might is aimed at educating and preparing young people. They prepare them for the daily responsibilities and challenges that will be set before them in the days to come when they as young professionals will have to solve problems and challenges that will be in front of them.

The university is a leader in the STEM field, and has been ranked as the top producer of African-American undergraduates who later earn science and engineering doctoral degrees by The National Science Foundation. It is a great thing that this university can be proud of and talk about.

The campus itself has several historic landmarks, including the Andrew Rankin Memorial Chapel, Frederick Douglass Memorial Hall, and the Founders Library. These are the symbols of this complex that the university building can be proud of.

Notable alumni include 49th Vice President of America Kamala Harris, United States Supreme Court Justice Thurgood Marshall, Pulitzer Prize, and Nobel Prize-winning novelist Toni Morrison, and actor Chadwick Boseman. Maybe you are the future famous alumni who will come out of this university and then make America proud? It remains to be seen.

GWU is a large private institution, the campus of which is integrated into the DC area. The university offers degree programs in seventy-one disciplines, enrolling around 11,000 undergraduate and 15,500 graduate students. It is a large number of students who every year decide to be part of this institution and to complete their knowledge and education at such a renowned university.

The campus culture is one of community. It has a strong Greek culture and over 450 other student organizations. GWU annually hosts numerous political events, including the World Bank and International Monetary Fund’s Annual Meetings. These are events that are crucial for politics, for the economy, but their importance is seen at the level of the United States, but also at the level of the whole world. This means that this educational university center is in a way the center of such great happenings and events.

The university’s undergraduate and graduate schools includes the Columbian College of Arts and Sciences, the Elliott School of International Affairs, the GWU School of Business, the School of Media and Public Affairs, the Trachtenberg School of Public Policy and Public Administration, and the Corcoran School of the Arts and Design. It is a selection of education centers and educational programs that can make a young person a great hope from a certain industry that will take care of things in the future.

AU is a private research university that is dedicated to global education and has a reputation for creating meaningful change in the world. In this educational institution is the hope that things will be better in the future, and to have a great future they work together with young people who decide to be part of this university.

It’s very student-centric, encouraging them to actively engage in the world around them to enact change. It offers over 160 programs and has a student body of over 13,000. This number of students is projected to grow in the future because more and more young people are interested in the programs that can be studied here.

The school was designed to train public servants for the future, and includes the School of International Service, School of Communication, School of Professional and Extended Studies, and School of Public Affairs. These are segments in which very qualified staff can be built who in the future will take care of the responsibilities that will be set before them in these segments of the adult world.

Previous Effect of Classroom Design on a Child’s Ability to Learn: What You Need to Know
Next Reasons Why Switzerland Is Pretty Much Heaven on Earth