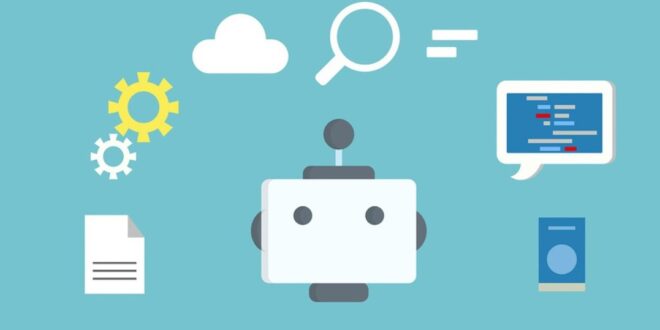 Automation testing refers to the automation of test case execution and comparison to predicted findings. That is a common definition that can be found all over the internet. So, let’s use an example to make it more obvious. As you may be aware, manual testing is carried out by people who write each test case independently and then meticulously execute them, while automation testing is carried out by using an automation tool in order to run the test cases. It is often used to perform repetitive operations and other testing chores that manual one can’t do. It also allows you to do both functional and non-functional tests.

Manual testing of all procedures and fields takes a long time and is expensive and testing manually on numerous websites is very tough and time-consuming. Human involvement on a regular basis, while automation does not. Test execution speed and test coverage both improve as a result of automation. These reasons are good enough to convince you that automated testing is preferable to manual one. However, this does not imply that you must or should automate every test case; there is a particular requirement for test case automation.

Different types of automated testing, their uses, and how to use them

The program/software is analyzed against the set of functional specifications or requirements during functional testing. It mostly comprises black box testing and focuses on what the software does. It is also known as behavioral testing, is evaluating the functioning of items without examining their inner workings. This indicates that the tester is uninformed of the item’s structure or design. Functional testing is concerned with the system’s principal functionalities, fundamental usability, and user accessibility, among other things. Functional testing includes integration, unit, smoke, as well as user acceptance testing.

Unit testing is a type of automated test where tests on individual elements or functions in isolation are done to ensure that they are functioning properly. It is commonly the first sort of automated testing performed on an application since it is usually done during the development process. The developer is normally in charge of unit testing, which always happens before integration testing. Unit tests are incredibly useful since they aid in the early detection of issues, lowering the cost of correcting them as much as possible. Unit tests are a useful approach for developers to understand the functioning of each unit in an application while also allowing code to be reused. They will not, however, always discover every single fault in the program, and their use is restricted to smaller units. Techniques for unit testing may be divided into three categories: (a)

Developers create a section of code to test a particular function in a software application as part of Unit Testing. They may also isolate this function to test it more thoroughly, revealing any superfluous dependencies between the function being tested and other units, which can then be removed.

For performing integration testing, firstly, make a test strategy and then use cases and test cases. After unit integration, run the tests. Error detection is important in integration testing. After you’ve fixed the bugs, retest the functionality and then repeat the testing process until all problems have been identified and repaired.

Smoke testing, also known as “Confidence Testing” or “Build Verification Testing” is a series of tests meant to evaluate the viability and stability of the software’s build.

Smoke testing is used to determine if an application should be discarded due to lack of functioning or moved on to the next stage of testing. Once the generated software functionalities have been merged with the software build, smoke testing is performed. Any failures in testing at this point will almost always result in the application being sent back to the development team for changes. Smoke tests are often performed by QA engineers.

In order to perform a smoke test, first of all, prepare your test application and then gather the test files. Then, write a single script as it will give you more flexibility. And, after your smoke test is done, you must clean it like emptying database tables and deleting files.

Performance testing is a type of automated testing in which software is checked for its stability, responsiveness, and speed especially under the extra workload. The fundamental goal of performance testing is to detect and eliminate any potential failures so that the program can offer the best results to the customer/end-user. This kind of automated testing Performa is an important part of assuring a product’s market success since it helps uncover possible difficulties that consumers may encounter, such as inefficient software functioning under the workload. Furthermore, vital software and medical applications should be performance tested to guarantee that they can function reliably even under the most demanding conditions.

Regression testing is a sort of maintenance testing. It is a type that comprises a process of running functional and non-functional tests again to check whether the software works the same way it did previously after a code or program change. The program is considered to have regressed if the performance is no longer the same. The primary goal of this kind of testing is to guarantee that current functionality is not harmed as a result of code modifications.

To begin the Regression Testing process, you must first debug the code in order to find any flaws. After the bugs have been detected and the necessary modifications have been implemented, regression testing is performed by choosing appropriate test cases from the test suite that cover both updated and impacted code sections.

Keyword-driven testing entails the use of data files containing terms relevant to the application under test. Each term denotes a series of activities that must be completed in order to complete a step. This testing requires detecting and linking certain terms to specific behaviors. As a result, whenever the keyword is used, the associated action is performed automatically. Many organizations choose keyword-driven testing because it is brief, adaptable, reusable, and simple to manage. It does not need programming knowledge, enabling functional testers to plan testing even before the application is constructed, and is accessible with almost any automation tool available.

Data-driven testing includes extending your automated test cases using data from outside the system. Data is normally saved in a table or a spreadsheet and entered into the test cases independently. Data-driven testing is efficient because testers often work with several sets of content, and creating a new test for each item of data is time-consuming and wasteful. Data-driven tests allow for code reuse, may be performed at any stage of the software development process, and changes to the script have no effect on the test data.

Data-driven testing is the process of creating test scripts that read test data and/or output values from data files rather than utilizing the same hard-coded values every time the test runs. This allows testers to see how well the program handles diverse inputs.

Automated software testing may assist enhance software quality by increasing the scope and depth of tests. Unattended testing may be used to execute lengthy tests that are generally avoided during manual testing. They may even be installed on several computers with various settings. To evaluate whether the product is operating as predicted, automated software testing may examine inside an application and inspect memory contents, file contents, internal program states, and data tables. During each test run, test automation may quickly execute hundreds of distinct complicated test cases, delivering coverage that is hard to achieve with human testing.

You can opt for an automation testing platform like LambdaTest where you can execute Selenium scripts in order to perform automated cross browser testing in 3000+ browsers. Remember to understand the different automated testing methods’ applicability and limits which can help you organize your test automation approach much more efficiently. It’s worth noting that no one testing method is generally preferable. To get the most out of test automation, you’ll need to employ a combination of these testing types.

Previous Which Paintings to Show to Your Kids?
Next Why Do We Need the 12-Step Program for Tackling Addiction?