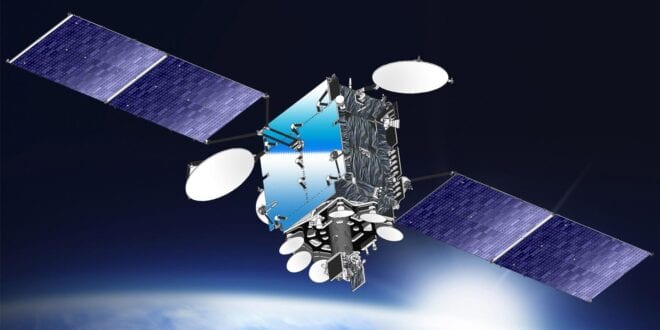 What’s the Athena Space Consortium About?

In summer 2023, several international companies, including Lockheed Martin which employs 20,000 people according to aboutmanchester.co.uk , CGI, Serco, and Inmarsat, formed the Athena Space Consortium. The announced goal of the recently-formed Consortium is to bring progress to the UK space industry. Will this national team of extraordinary prowess, as the consortium members position themselves, achieve the announced goals?

What the Consortium Claims to Stand for?

Serco executive Kevin Creaven states that the Athena consortium’s primary goal is to ensure sustainable development of the British space sector. The team should deliver enhanced space services and technologies. Athena aims to make use of the growing space sector to boost British capabilities and develop its economy in the process. Creaven specifically adds that the Athena will bring ‘diversity and choice’ into the UK space sector, ensuring its sustainable development.

In practice, these statements sound rather vague. It is not quite clear what ‘diversity and choice’ should stand for, either. But, given that only half of the companies on the Athena are British, it looks like the consortium wants to open the door for major international players. In any case, none of the companies has yet revealed any specific details or actionable strategies on how they plan to ensure this sustainable development of the UK space industry.

One thing is clear, though — the UK’s current share in the global space market is 6.5%, and Scotland, with its numerous satellite manufacturing companies, plays a huge part in that. Even in post-Brexit, the UK Space Agency hopes to increase this share to 10% by 2030, and various companies unite their efforts to make full use of this opportunity.

Who has formed the Consortium? British Business

Only half of the consortium members are British companies. One of them is Serco, the largest government and MoD subcontractor. Ever since its foundation, the company has been working alongside ESA, and to date, has decades of experience in various space projects, including space observation and astronomical missions.

Serco is also one of the biggest players in this consortium. It employs 50,000 people and covers 500 different contracts in transportation, defence, and even healthcare niches. Despite its long history and extensive experience in different business niches, Serco’s standing with the community is far from perfect. Back in 2017, the company was dubbed ‘high-risk’ because of overcharging and fatal errors.

Inmarsat is a satellite telecommunications company. The company may be younger and smaller than Serco, but its achievements are also impressive and its reputation is far more solid. To date, Inmarsat owns 14 satellites in orbit and operates within three major international networks, known as the Global Xpress constellation. Besides, Inmarsat has shown impressive dedication to their work even despite the global COVID crisis. Right now, the company plans to add five more satellites into the existing network. Presumably, within the Athena, Inmarsat will focus on broadband Internet and IoT-related projects.

Who has formed the Consortium? External capital

The other half of the newly-formed Consortium are international players. CGI is a Canadian firm and a major IT service provider. In the space sector, CGI has experience ensuring ground-to-orbit solutions for satellite communication. The company is known for its cutting-edge technology and mission-critical space software systems. This leading international provider has experience working in multi-million dollar contracts in military and space segments.

In terms of the UK Space sector, CGI helped build infrastructure for the Galileo commercial service. The Canadian company secured this contract in 2014 and the service went live in 2016, which gives CGI the right to say that they have been working on the European space projects for some time.

Just recently, CGI won another contract from the ESA. Following this opportunity, CGI will need to develop AI machine learning solutions for satellite communications. This deal is part of the ESA’s Autonomous Satcom Solution programme, and the UK Space Agency actively collaborates on this same project.

Perhaps, the most questionable player on this Consortium is Lockheed Martin. This American company is the largest government defense subcontractor. However, unlike British Serco, collaborating with the UK Ministry of Defense, Lockheed Martin’s primary client is the US Department of Defense. To date, 20% of Lockheed Martin contracts come from DoD.

This may raise some concerns, especially given the TSA agreement between the UK and the US and Lockheed Martin’s partnership with California-based ABL Space Systems startup to launch rockets from the UK. Nevertheless, Lockheed Martin UK division employs 20,000 people. Interestingly, the company initially planned to launch from Sutherland Space Hub, along with Orbex Space. However, last year Lockheed declared for Shetland on the ground of different technical requirements.

The latter, supposedly, have to do with different fuel types used in Orbex and Lockheed Martin rockets. The latter uses standard rocket fuel technology, but Orbex, as a younger and more ambitious company, went with a green fuel tech. So, if two companies were to launch from the same spaceport, they would need two separate launch pads. That makes sense, but still does not fully explain Lockheed Martin’s decision to go with Shetland.

While it is still unclear which spaceport will be commissioned first, the UK is actively setting ground for both vertical and horizontal launches. It does look like Britain will become a space-faring nation in the next few years, which explains the arrival of a newly formed consortium.

Right now, it looks like each of the consortium members has what it takes to take the UK space industry to a new level. The idea itself is good and solid, but we still have to wait and see if the participants can deliver on their promises. Given that none of the companies has yet revealed any actionable strategies, it is unclear whether the new Consortium will achieve its announced goals.

Besides, the consortium will only be beneficial for the UK’s economy and space sector development if all of its members keep the nation’s interest in mind. Given that two of the Athena participants are not British, this may prove unlikely.