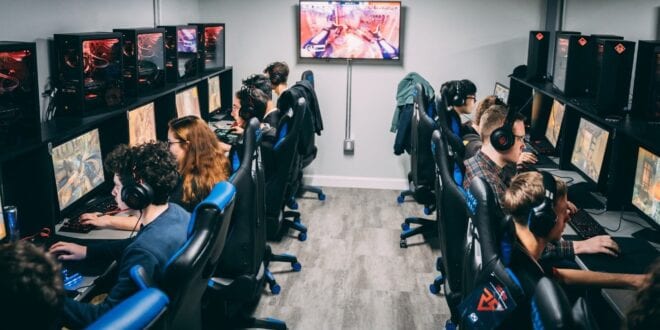 As more time passes, it becomes clearer that Esports will be a big part of the future. There are still people out there that are surprised when they hear that online video games are being played competitively. And they are even more surprised that the prize pool for their tournaments is so large. When it comes to the Esport community, one of the most intriguing games to both play and watch is Apex Legends. Releases in 2019, this battle royale game has taken the internet by storm. With a diverse cast of characters, we can choose to play as, and so many different events happening all the time, everyone enjoys returning to this game to play or watch some more. Some still think that even though these professional teams are being watched by so many people, they are only famous to the people who follow Esports and that they don’t earn that much money. So let us debunk this myth by going over the top five Apex Legends pro players with the highest earnings.

Let us start our list with Chris Sexton, also known as Sweetdreams. A very talented young man who plays a couple of FPS games competitively but is mostly known for his Apex Legends career. Just from the tournament prizes, he already won over 60.000 dollars, but he also earned over 100.000 dollars in his Esport career in other ways, and that is something that everyone should keep in mind when it comes to Esport players. The prize money is not the only way they can earn money. Streaming is the key to their success, and Sweetdreams is well aware of that fact. He is also a star player of a team called NRG, founded by one of the Sacramento Kings owners, which is a common practice in Esports. Sweetdreams himself prefers to play with Wraith and is considered one of the best Wraiths you could face in a Battle Royale.

Next, we have Coby Meadows, also known as Dizzy. From Apex legends tournaments alone, he already merited over 80.000 dollars, and he only played for a few months in 2019 before he decided to retire. For retirement reasons, Coby Meadows, who was 19 years old at that time, said that he wanted to have some personal challenges and to improve his own streaming content, and while he is a great streamer, they are probably a lot of Apex Legends teams that would like to take him back into pro play. Before retirement, Dizzy also played for NRG and also played Wraith, same as Sweetdreams. So, maybe he should come back to a different team. There sure are many who would like to see him defending their jersey. Or maybe, a gaming chair? But definitely defend their team’s logo.

Third on the list is Jordan Wolfe, better known as Reps. Jordan is getting pretty close to earning 100.000 dollars from prizes alone, and he is playing for TSM, one of the strongest Apex Legends teams. With his favorite legends being Wattson and Gibraltar, Reps is not the main damage dealer of his team but is definitely a cornerstone of their success. To use more gaming phrases, he is their main tank. Although when he uses Gibraltar’s ultimate defensive bombardment, that role is changed in a second. He is someone who is incredibly consistent and well-deserving of the money he earns, with over forty tournaments where he was placed high enough to earn a cash prize.

Near the throne but not quite on it, we have Mac Beckwith, also known as Albralelie. He is the first player on this list that has won over 100.000 dollars from prizes. He is another one who plays for TSM, which is not a surprise to anyone. With his main legend, Pathfinder, he sure helped his team make so many great plays and find the path to the top, but he is not only a great part of TSM’s success since he is an amazing streamer. Anyone who would like to see why Apex Legends is popular doesn’t have to go further from watching a couple of his games. Better yet, try watching his pro team in their tournaments.

So at number one, we have Philip Dosen, also known as ImperialHal. To anyone following Apex Legends, this is not a shock since he is one of the most famous players out there. Not only is he an amazing player but a natural-born leader. He leads his team TSM to many victories. In Philip, we see that drive and passion that made some of the regular athletes famous. His intensity and desire to improve are clear to anyone watching him when he plays. When things are not going well, we can even see the frustration in his behavior, which looks strange to some people. He is not afraid to let his teammates know when the team did poorly, and that is helping them to become better after every loss. That is what made his team, TSM, one of the best teams that play Apex Legends. His love for the game is a driving force behind their success and behind his success., and he is successful with over 120.000 dollars earned from prize money alone.

As we have seen, there is amazing talent out there playing Apex Legends. All of these young people have earned a lot of money playing the game they love, and that is really an amazing opportunity. Sometimes, we also want to play with better players, but something is holding us down in reaching the place we deserve. That is where something like overboost.pro is such a great help to everyone. So if you think you could use some help in enjoying this game the right way, they can surely help you out. Will you one day be as good as the pro players we mentioned here? That is hard to say, but you can strive for that dream. 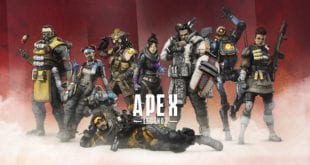 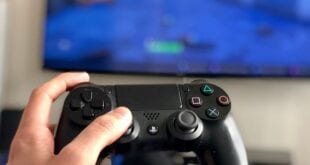