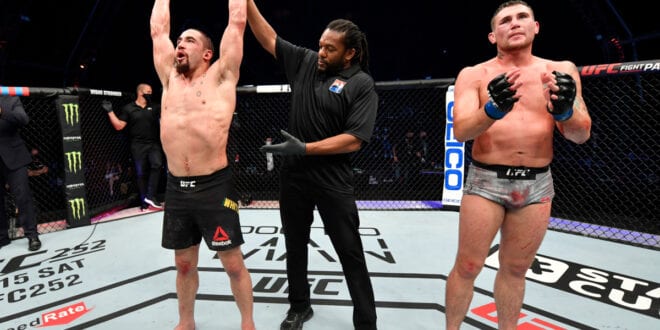 To all fans of UFC fighting, are you aware of the precedent we are currently witnessing? This young and incomprehensible sport, which has been marked by controversy since its strange origin, is the only one in the world that has become increasingly relevant in the past five months.

There were some exceptional fights, but we are yet to witness a match that everyone is talking about and anticipating.

Great fights often stem from great matchups. Just as they say in the sport of kings that there are horses for courses, in combat sports, there are matches that make magic, and a pairing of Israel Adesanya with Darren Till could be just the bout to create such a memorable contest.

Fresh from disposing of the previously unbeaten Paolo Costa (13-1) via a second-round knockout in the main event at UFC 253, Adesanya, the UFC world title belt holder in the middleweight division is sitting back, awaiting his next foe/victim.

Adesanya is 31 years old, born in Lagos, but he grew up in New Zealand, where bullying at school led him to dedicate himself to martial arts, and today, he is the UFC champion.

The Adesanja family emigrated to New Zealand when Israel was only ten. They settled in the city of Rotorua, on the North Island, known for its Maori culture. But, the boy who loved Japanese anime was not interested in that because he was abused a lot in high school. So much so that he decided to find salvation in martial arts.

And he has not only succeeded, but he also climbed the heights. He has all 20 victories in his professional career in the octagon, and most importantly, it does not look like that winning streak will be interrupted any time soon.

But that contender could be Till. After suffering a loss to Tyron Woodley (submission) in a UFC welterweight title bout, then following up by being knocked out in a match with Jorge Masvidal, Till opted to return to the 185-pound division, a more natural weight for his physique. He was 9-0 in this weight class before dropping down to welterweight.

The world of martial arts has a reputation for being a cruel and dirty game. But a knife in the back ?! And not in a figurative sense. For Darren Till, a 26-year-old UFC fighter, it was a harsh reality, which then served as a catalyst for his success. One quarrel in his native Liverpool in 2012 ended in stab wounds to his back when a knife missed his artery by a millimeter.

Darren Till made his UFC debut in 2015. He ended the fight by knocking the opponent unconscious with elbow blows to the head and thus began the climb to the top. However, he encountered many obstacles – such as the defeat by Tyrone Woodley. But “The Gorilla” is already rapidly climbing back to the top of the UFC.

Till launched his return to the middleweight ranks via a split decision victory over No. 8 middleweight contender Kelvin Gastelum. One year earlier, Gastelum lost a unanimous decision to Adesanya in a battle for the UFC interim middleweight title.

Likes What He Sees

Israel Adesanya delighted the world of MMA by defending his title in the middleweight category, as he stopped Paul Costa in the second round, while he drew the attention of the general public to himself with an unsportsmanlike move and a hilarious statement after the match.

Adesanya, who lambasted Costa with a non-stop barrage of trash talk, and their social media “battle” is nonetheless interesting, leading up to their fight, before doing likewise to him inside the octagon, has taken a different approach when he discusses the fighting skillset of Till.

Not one to lavish any opposing fighter with praise, when Adesanya talks in glowing terms about what Till can do in the cage, it carries additional weight.

“I love striking, and I love the way he strikes,” Adesanya told MMA Junkie. “Very basic muay Thai, and I mean that with all respect, but also his clinch game and his elbow game is advanced, but he sticks to his basic muay Thai.

“His left kick, his left straight, the way he curves his left. Beautiful to watch.”

That admiration goes both ways, and not only that both of them are great champions, but they also have quite a respect for each other. Darren Till sends his love of Adesanya’s work in the octagon right back at him. Till clearly thought that The Last Stylebender was indeed styling against Costa. He rated Adesanya’s performance in that bout a 12 out of 10.

“(I) can take nothing away from that performance,” Till told MMA Junkie. “Utter masterclass, utter confidence. I can take inspiration from it even though we’re rivals.”

Adesanya’s tongue lashings can deliver as much torment as his cage skills, and Till apparently isn’t interested in trading social media barbs with the champ, which is maybe a good thing for him. “I’m never going to hate him, or any other fighters.” Till said, and continued, “I like to think I’m smart enough to know anything they say or do doesn’t affect my feelings. I’m not really sensitive in that way.”

“I’m not going to hate on Izzy because he’s doing well or because he’s got this or he’s got that. I hate him for the fight. If we’re going to fight, yeah I’ll hate him. “As a person, as a human being, if you’re a guy that’s hating, you’ve got some serious problems with yourself inside yourself. I can’t hate anyone.”

He may respect Adesanya, but Till remains confident he can do what no other fighter has proven capable of – get the better of the champ inside the octagon.

“I know that when the time comes, I’m going to beat Israel Adesanya,” Till said confidently.

Currently, Adesanya is earmarked to meet Jared Cannonier if he gets the better of Robert Whittaker at UFC 254 on Oct. 24 on Fight Island in Abu Dhabi.

Should Whittaker win that scrap, it opens up a number of possibilities for Adesanya’s next bout. Adesanya beat Whittaker a year ago, so there’s not likely to be an appetite for a rematch.

As two of the most powerful strikers in the promotion, an Adesanya-Till bout would do massive numbers in terms of ticket sales and pay-per-view buys. The online sportsbooks would figure to garner immense action in the UFC betting odds on such a fight. Click here to know more.

It could prove to be an epic evening, and something not only fans want to see, but also something both fighters would like to happen, hopefully, in the near future. 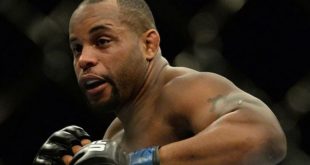 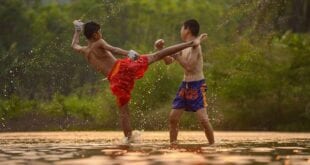 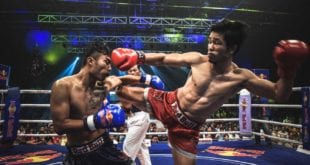 The Exercise with Muay Thai in Thailand for your Health