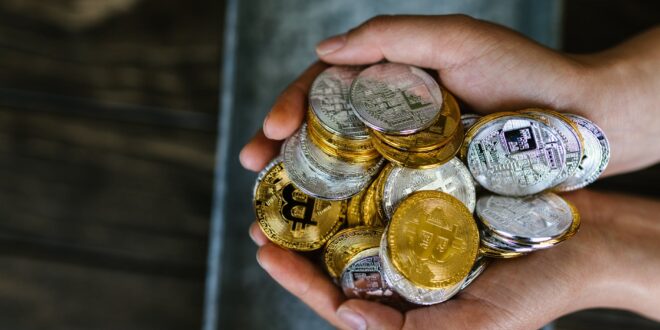 Cryptocurrencies, among which Bitcoin is the most important, have come a long way from being talked about only by IT geeks and members of cyberpunk subculture to all mainstream media paying close attention to what is happening in the crypto market. When Bitcoin reaches a record value or loses 20% of its value, you will hear this information on CNN, BBC and ABC as breaking news. That is how important crypto market became in recent years, which should come as no surprise when we know that hundreds of millions of people own some cryptocurrency. And it is quite certain that the number of people who own cryptocurrencies will grow from year to year.

But Bitcoin, ETH and other cryptocurrencies have become mainstream so quickly that it has brought many problems to lawmakers. There were no rules on the possession and sale of cryptocurrencies, and also the law did not recognize whether cryptocurrencies are money or asset. Also, it gave big headaches to accountants, because even the IRS did not have clear instructions until recently. The situation is getting better, but there are still many doubts and problems that need to be addressed. To help you avoid further problems, we will tell you common accounting issues companies face when investing in cryptocurrency.

Although there have been attempts to create a digital currency, such as E-gold, all these attempts have been unsuccessful and also this type of digital currency has not differed significantly from ordinary currencies. But Bitcoin has revolutionized things, because complete decentralization has been achieved. From 2009 when the 0.1 version of Bitcoin was launched until today when it is worth several tens of thousands of dollars, a huge number of new cryptocurrencies have appeared, currently that number is over 15 thousand. Due to open source code it is very easy to create a new cryptocurrency, but of course creating a valuable cryptocurrency is extremely difficult, as we can see, since only a few cryptocurrencies have really great value.

What has caused the most problems for people, companies, accountants, the IRS and everyone is how cryptocurrencies will be treated. Because taxes and everything else depends on whether we treat cryptocurrencies as money or asset.

The Internal Revenue Service (IRS) announced some time ago that it will treat all cryptocurrencies as property, which means that they will be taxed in a manner similar to stocks or real property. Since Bitcoin is then an asset, when the sale and purchase prices are deducted, then this difference is taxed as capital gain, because it is a taxable event. Although it seems simple and clear, the situation is actually far from that. What makes confusion is that everything can be considered a taxable event, but it is not like all the time. Is it a taxable event when you buy one cryptocurrency using another or what is the tax if you buy a car with your Bitcoin, for example? The government and the IRS agree that these are all taxable events and that there is no difference from other types of property, but many tax experts currently disagree. This is where we come to the taxation of miners, which is an even more complicated topic, but our primary interest is investing in cryptocurrencies, not mining.

Never in the history of mankind has it happened that so many people get rich with such small start-up investments, as it happened thanks to Bitcoin and other cryptocurrencies. With just a few hundred dollars invested, people became millionaires. This will not happen again, at least not to that extent, because it is unlikely that some new cryptocurrency will reach the value of Bitcoin and that you will buy it while it is very cheap. However, investing in cryptocurrencies is still potentially the most profitable investment. More profitable than investing in stocks, for example. That is why many companies, not just individuals, have decided to invest in Bitcoin, ETH or something else. They faced with the following accounting issues.

It is no secret that volatility is the biggest flaw of cryptocurrencies. While there are many ways to make money thanks to cryptocurrency volatility, and how this is possible you will find out if you visit this site, that volatility is a headache for all accountants. Although the value of Bitcoin steadily increases from year to year if you observe the value at the end of each year, during the year there are jumps and falls of over 20% in value. That is why, unlike cash earnings, it is much more difficult to calculate everything related to cryptocurrencies and paying taxes on them. As we have already said, states are working to regulate everything related to cryptocurrencies, but only El Salvador has allowed Bitcoin to be used as a legal tender.

According to generally accepted accounting principles (GAAP), subsequent reversal of loss is not allowed, even if the asset recovers the previous value or even exceeds it. If you lose a certain amount of money because the value of Bitcoin has sunk, you cannot later reverse the loss on the balance sheet. This is very unfavorable for businesses that may have negative financial reports in this way, even when in reality the situation is not like that at all.

Payroll, expenditures and payments are just some of the issues when using cryptocurrencies to pay your employees or pay something else. Although most tax authorities don’t accept crypto, if you do decide to use crypto for a payroll and you are allowed to, you need to be careful when filling out the W-2 form, among other things.

Investing in cryptocurrencies, whether you are an individual or a company has proven to be a great move. Although every few months some state imposes bans or some well-known analyst says that crypto is not the future, all this has not led to a long-term decline in value, on the contrary. So go into crypto but be careful with accounting issues.