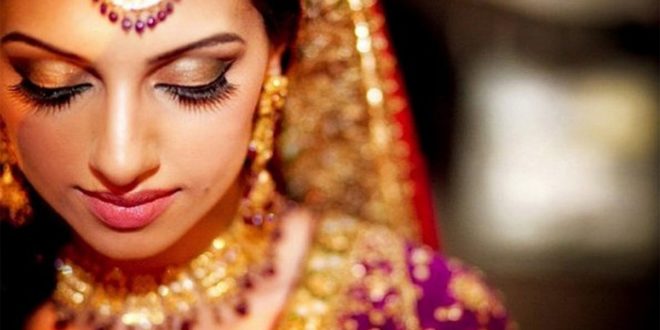 5 Best Bollywood Actors That Could Sing 2022

What goes through your mind first when you think of Bollywood films? A plethora of vivid and flowery dresses, an abundance of vibrant colors, shiny and glittering fabrics and many, many songs, dances and tunes. Anyone who has watched at least one Indian movie knows that almost each and every one of them looks like a musical, even a little bit. Rarely will you find a performance in this field that doesn’t contain at least a couple of music tracks and a convenient dance, of course. So, the job of the actors might look like a real rollercoaster of activities – along with acting, they’re supposed to do so many other things and be rather versatile in order to amaze the spectators and stage a full spectacle.

Some people would maybe argue that dancing moves and choreographies are, just like music, way more significant for the overall success of the movie than the actual story plots (which, by the way, are quite unvaried). And, although many actors prefer to lip-sync the songs that someone has already sung instead of them, Bollywood still has those gems among artists that also take up singing and making their own soundtracks or tunes – by the way, you can find some great tunes like this on Pagalsongs. Some of these people sing only in movies, some of them have made a truly astonishing career even out of the big screen… Starting from old, good times, to this day, let’s see which magnificent actors are also talented in this field.

We’ll start from the most legendary one – Suraiya, an actress which marked a whole era of Indian music, and also the entire generation of singers and movie stars of that time. She started her musical career when she was a teenager. They say that she couldn’t even reach the microphone at those times – that’s how young she was when she was taking her first singing steps starring in the movie called Nai Duniya. As one of the rare actresses at that time who didn’t need to lip-sync someone else’s voice, Suraiya was appreciated and well-respected in the circles to which she belonged. This wasn’t an easy thing to do, as all the actors who are musicians, too, know how exhausting things can get when performing so many things at the same time. However, this miraculous woman was managing to cope with it somehow.

You know those amazing, everlasting musical legends that enriched a handful of generations with their absolutely lovely hits, both in music and movie industry? Well, Amitabh Bachchan is definitely one of those. He’ll be well-known to every passionate Indian cinematography fan, as he left a plenty of impressive and outstanding songs and acting performances. If one would need to choose if this marvellous man was better as an actor or as a singer, that would be a blasphemy. It was impossible to single out the discipline he was better at – he absolutely blossomed in both.

He got his first nomination as a best male playback singer as soon as he started weaving his roles with his immense talent for music, starring in the movie Mr. Natwarlal. He kept using it in some of his later realizations like the musical named Satte Pe Satta and other numerous masterpieces of Bollywood starry sky.

Some people call her “Bollywood J.Lo” – as she’s 2-in-1 miracle: a singing actress. Or an acting singer. Not only is she rather popular in her geographic circles, but she’s also among the most prospective stars with Indian origins that made their own way to international fame. Throughout her career she has put her heart into so many roles in which she was able to combine both of her talents. This made her be included into the list of most cherished and successful singers and dancers of the cinema of Bollywood, but also of the world cinema. Her sensual movements and amazing voice have conquered her native country long before she melted hearts of the people around the world.

Most people probably know her songs Exotic, I can’t make you love me and In my City very well, however, not all the world knows that she had a couple of outstanding performances in movies Dil Dhadakne Do, Bajirao Mastani  and many more.

This versatile heartthrob, whose singing and acting are only a slight fraction of his numerous innate gifts and talents, has won audiences and listeners across his continent and even beyond. Indians and Indian cinema lovers know him as the performer in many realizations, such as Rock on 1, Zindagi Na Milegi Dobara, and Bhaag Milkha Bhaag, Dil Dhadakne Do, Wazir and an artist performing the songs like Senorita and Pichle Saat Dinon Mein.

It seems that all this simply is in his blood, as it all comes so natural to him – one would say that he was simply born to take up these professions and mix them into a unique blend of numerous beauties. Farhan is also one of the most significant Indian directors and he’s believed to be among the richest ones in that niche, according to some reports.

And finally, let’s finish this short, but sweet list with sweet and young hope of Bollywood movie industry – Alia Bhatt. We could say that her career started blossoming after she showed her immense singing gift while starring in the movie named Highway. This track mesmerized critics, spectators and basically everyone who heard it at least once. The result? Now she’s being considered a juvenile sensation and she’s ready to rock many more movies in future.

Alia also lends her voice to some actors in other movies where she doesn’t act, which is a well-known strategy in Indian cinema. Some people would say that this is only the beginning for this amazing girl, as she has many plans for the future including both of these niches.