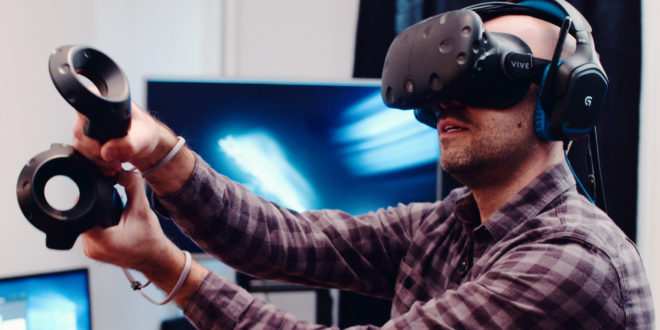 You are never too old to trick or treat on Halloween, but with the technological advancements occurring in the world of gaming, we have perhaps found a more interesting alternative for you. Who would not want to spend a fun-filled yet scary time with friends or family on Halloween night playing scary games? Do you think you have what it takes to test out your courage against dreadful in-game horrors? If yes, we have rightly figured out how you should spend your Halloween night.

An immersive and seamless VR experience, however, requires a stable internet connection. If you do not have one, and you are apprehensive the unreliability of your internet service will hinder your gaming experience, you might as well get one that fits your needs from one of the internet service providers showcased on buytvinternetphone.com. Without further ado, here are 10 scary horror VR games that are bound to capture your interest.

An Oculus Rift exclusive game, Wilson’s Heart offers a lot more than your routine jump scares. You have to play in the first-person perspective, that too in black and white. It feels as if you are watching a peculiar movie from the 40s as each in-game moment is filled with dramatic horror scenes. Since it is an adventure game, you have to wonder about looking for clues, solving puzzles and of course, being spooked while you unveil the frightful experiences awaiting you.

2. Until Dawn: Rush of Blood

Avid gamers are familiar with the franchise Until Dawn. The game has been popular for its eerie elements so the developers chose to jot down the same elements into a PS4 exclusive spin-off called Rush of Blood. The VR spin-off is literally a rollercoaster of dreadful terrors that will scare you silly. The gameplay is simple yet nerve-wracking. You have to shoot down objects and enemies whilst on a creepy rollercoaster ride. Be aware of protruding obstacles on the track or it will cost your life.

As if watching the 1974 Exorcist movie on your TV screen was not scary enough, the same story has been brought to VR but this time, a lot scarier than ever. Each chapter turns into a frightening experience and it feels as if you are experiencing the terrors of the Exorcist in real life. You have to get rid of demons by finding items and kits that have the power to kill demons infesting the area. Playing a game based on the franchise that brought one of the scariest movies ever made, you would need strong willpower to keep yourself unscathed through all 5 chapters.

Arizona Sunshine is basically your typical horror shooting game similar to the ones you used to play in your neighborhood gaming arcade. The game is in the first-person view and as for its mechanisms, it is not difficult to understand since all you have to do is shoot down zombie hoards attacking you from all four corners. The size of hoards increases after every level along with difficulty. So, if you have a knack for aiming accurate headshots in shooting games, Arizona Sunshine is the one for you.

A spooky haunted house game on Halloween night? How much scarier could it get, right? Paranormal Activity: The Lost Soul offers an interactive VR experience that follows a story, which unfolds its creepiness in each stage that you clear. Since it’s an adventure, you are only equipped with a flashlight that has its battery constantly dying. Amidst this dilemma, you have to search multiple rooms looking for clues and puzzles only to unravel the horrific mysteries surrounding the haunted house.

If surrealist horror interests you then Organ Quarter will suit your liking. Immersive VR games are hard to find and Organ Quarter is not your usual no-brainer shooting game where you have to shoot down enemies until you end up surviving. The game has surplus instances of body horror and gruesome scenes with limbless monsters and mold-like creatures that appear to have popped right out of the movie – The Thing. As a player, you have to keep solving puzzles and look for clues that help you escape before the gory horrors consume you.

Affected – The Manor has nothing to do with puzzles and finding clues to proceed further. The game itself is a detailed horror experience for gamers where you have to check different rooms only to be freaked out by creepy dolls and inanimate objects falling off the shelves. What adds to the experience is the constant eerie background music. It is great to play especially when you do not want to focus on the story and just have a fun-filled experience with your friends on Halloween night.

The 2016 remake of the DOOM 2 added to its popularity to the point that a VR version of the game was bound to be released. The plot is simple. You are on Mars and… demons have invaded your station. The VR mode is just as fast as its PC/console counterpart. You have to quickly wipe out the demons and finish each level before your station is completely taken over by demons. Do not forget to upgrade your weapons because the wave of demons becomes more intense at every stage, and only a powerful weapon will save you from your demise.

Not all horror games are meant to have gory and gruesome portrayals. Dead Hungry depicts a more comical and humorous approach to a unique fusion of zombie and cooking games that you would have installed on your Android phone at least. An army of hungry zombies is approaching your food stall and you constantly have to cook different meals to satiate their hunger. You only have to complete each order and then toss the meal toward them to turn those hungry zombies into humans. However, just be quick with the cooking or else your stall will be bombarded with starving zombies!

The world is coming to an end and as if it couldn’t get any worse, you also have to fight off monsters to survive. Since the Brookhaven Experiment is a shooting game, it comes in two different modes, Survival and Campaign. You can choose one that matches your interests and embark on an endless survival journey as you continue to tackle the monstrosities hidden in a world on the verge of extinction. Those who are still not tired of making fatal headshots in survival shooting games will thoroughly enjoy The Brookhaven Experiment. 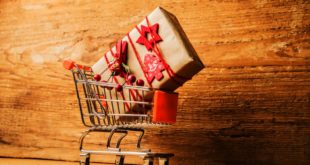