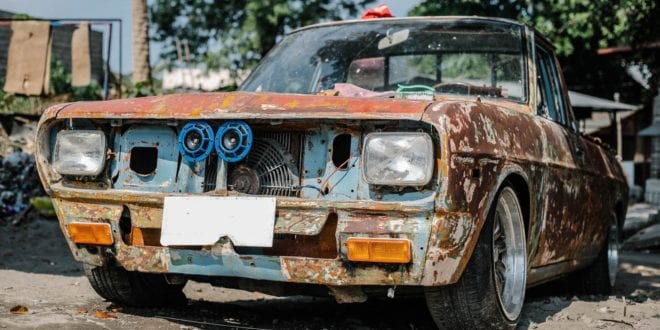 Cars are expensive, but so are driving cars that are just holding it together. It can be difficult enough to account for the rules of the road, other drivers, and common distractions that come from operating a vehicle these days.

Junk cars are seemingly affordable, especially when you compare them to the cost of a new vehicle. There are more than a few reasons that you should do what you can to get out of a jalopy into something that’s a bit more passable.

Here, we’re going to list ten of the reasons why these days it’s more important than any other time to ditch your junk car. There are more than enough that make up a driving risk.

First and foremost, you want to make sure that the car you drive gets you there without harm. Technological advancements, such as airbags, sensors, curtain bags, and others have saved the lives of many. This is not to discount the variety of new materials that take the brunt off of your body if the car crashes.

These passive safety ratings don’t seem like much, and to be honest, they’re not really pronounced until you find yourself in an accident. Unfortunately, this is the last time that you’d want to be reminded of safety ratings.

Consider knee bags, passenger compartment cabins, and crumple zones that are destined to save people from serious injury.

There’s nothing more important in a moving vehicle than its brakes. Speaking from another technological standpoint, we’ve come a long way in how companies install brakes in vehicles. There may be some older cars that have decent braking, but they almost all pale in comparison to anti-lock braking systems, brake assist, or even rear axles.

A decent braking system from twenty years ago can’t really match the amount of power that newer cars have. Remember that the modern flow of traffic considers newer cars, not necessarily old ones. This means that you’ll react slower and ultimately stop slower.

This may not be a big deal in some areas of the country, but metropolitan areas with dangerous wintry conditions really deserve drivers with systems that can keep up, saving a decent driving risk. While it may not be a huge accident, the amount that you’ll end up paying in repairs to another vehicle may be much more than the junk car is worth.

It’s true that older vehicles can be cheaper to repair per issue. However, cars with a lot of miles can have essentially anything go wrong with them. It’s the nature of the beast. It’s true that you may find that the repairs can be cheap if you factor in the availability of the parts and the relative simplicity of the machinery.

The problem lies in the fact that you’ll have to repair them at any given time. If you have to continually make your car road-ready, you’re wasting time and throwing good money after bad. Even if you’re doing the repairs yourself, you’ll find that this money adds up pretty quickly.

Comfort is absolutely huge when you’re driving a car. You may not think of it when you’re running late for work or any other obligation, but lack of air conditioning in sweltering heat will cause a distraction. The same distraction can be felt by anyone who has felt a drastic winter up north.

A newer car with working seats, seat belts, and cooling systems can greatly improve your driving experience. The most important part about driving is mitigating driving risk, and if you don’t have to focus so much on the interior, you’re better equipped to focus on your driving.

No one likes getting stranded. A new car can be stranded, but the risk is much higher if your car is a bit on the older side. Sure, you may know how to get your car running again, but this is going to take a fair amount of time and effort. Let alone the amount of frustration and the constant fear of it happening again.

If there’s anything, this is generally alone for people to sell their junk cars for cash (check the USJunkCars service).

Aesthetics aren’t the most important thing in the world, at least when you compare it to the ability from going from Point A to Point B. It’s not a driving risk, but it can put a damper on your plans. It can be embarrassing to show up to an event with a car that doesn’t really cut the mustard.

If you have a junk car, you’re not being environmentally friendly. The government has come a long way in assuring that this is a safe and healthy place for us to live, so it’s probably just good to do your part and get rid of it.

Even if that particular bit isn’t your fancy, it can be difficult to pass an emission test in your junk car. Some people have a few tricks up their sleeve to get a passing grade, but it’s not at all the right thing to do.

Aside from driving risk, the cost of gas will always be an issue for everyone – more or less. The older the car, the less MPG that you’ll get more often than not. When you think about this, as well as the repairs, lack of comfort options, and danger – it just becomes too much.

You understand that there’s an ability to just cash in and sell junk cars, saving on gas and headache.

One of the worst things about an older car is the inherent driving risk in a fire. The plastic coating on wiring will eventually erode, exposing the wires against something that causes heat, sparks, and more. The car doesn’t even require motion to catch on fire, which should be good enough to cause some trepidation in the most ardent of gear heads.

Some people think rust is just for show, but it’s a very big driving risk involved. Rust shows that something is actively deteriorating. It literally can mean that your car is falling apart. Structural integrity is the only thing that holds your car together, and in the event of a crash, you’re in much more danger than you may have originally anticipated.

All in all, you’re subjecting yourself to a fair amount of driving risk in driving junk cars. While you may think that it’s embarrassing to be seen in one, it’s more of a safety concern than anything else.

If you can, it’s probably best to leave the junk car behind and use the money made from its sale and put the money in something that provides comfort and support. 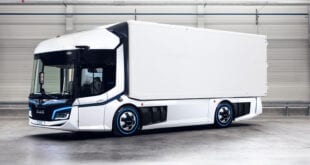 6 Most Common Problems with Electrics On Trucks and Trailers 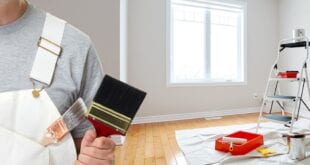 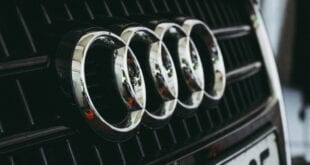